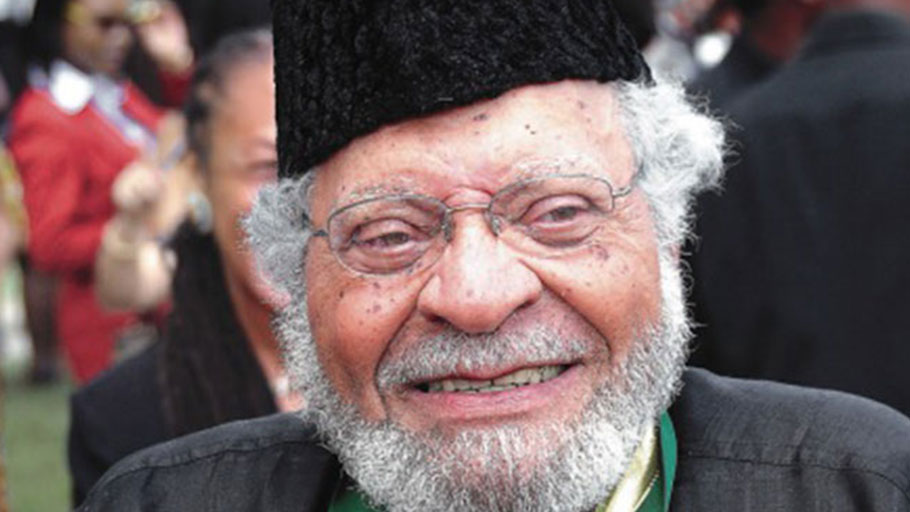 A prized collection of papers belonging to the late Jamaican Pan-Africanist, politician and diplomat, Ambassador Dudley Thompson, will be donated to The University of the West Indies (The UWI) at a ceremony on March 14, 2018 at the University’s Regional Headquarters in Jamaica. The presentation will be made by Mrs. Cecile Eistrup-Thompson, widow of Ambassador Thompson. The collection will initially be housed at The UWI Mona Campus Library, and featured as a special public exhibition from March 16 to April 18, 2018 at the Main Library. They will eventually be transferred to the Centre for Reparation Research (CRR) at The UWI.

Ambassador Dudley Thompson (1917-2012) is remembered primarily for the role he played in Kenya’s modern history. It was Ambassador Thompson’s role as a friend, lawyer and Pan-Africanist that helped to secure a team of international lawyers to defend Jomo Kenyatta (1894-1978), African statesman and nationalist. Kenyatta was charged with leading a rebellion by the Mau Mau fighters, mainly drawn from Kenya’s major ethnic group, against the British colonizers.

Though the team secured by Ambassador Thompson was not successful in acquitting Kenyatta, it brought international attention and pressure to bear on Kenya’s political situation. Eventually Kenyatta was released and moved on to pursue his political career, becoming the first prime minister and then first president of independent Kenya. Ambassador Thompson became one of the most eminent lawyers in the Caribbean and also held several portfolios as a government minister in Jamaica.

The ‘Dudley Thompson Collection’ of papers to be donated by Mrs. Eistrup-Thompson includes correspondence with international heads of states and government ministers, political affiliates and other distinguished laureates, notable speeches and transcripts from Kenyatta’s criminal trial. According to the Vice-Chancellor of The University of the West Indies, Professor Sir Hilary Beckles, whose initiative helped to secure the papers, “The Dudley Thompson papers/collection are key to illuminating Ambassador Thompson’s Pan-Africanist zeal and his views on decolonization.”

Director of the Centre for Reparation Research, Professor Verene Shepherd adds that, “the papers are key to furthering education on, and the call for, reparation and will represent a valuable resource to the Centre.”

The handover ceremony, to be chaired by Professor Verene Shepherd, will include remarks by Vice-Chancellor, Professor Sir Hilary Beckles; a keynote presentation by Professor Emeritus, Rupert Lewis; a tribute by a former colleague of Ambassador Thompson, Lord Anthony Gifford; an introduction to the collection by Mona Campus Librarian, Dr. Paulette Kerr and remarks from Mrs. Eistrup-Thompson and Mr. Anthony Thompson, Ambassador Thompson’s son.

For more information on the ceremony and/or the collection, please contact Ms. Calarine Smith at calarine.smith@uwimona.edu.jm

About the Centre for Reparation Research

The focus of the Centre for Reparation Research (CRR) at The University of the West Indies (The UWI) is threefold: to promote research on the legacies of colonialism, native genocide, enslavement and indentureship in the Caribbean, and how to bring justice and positive transformation to these legacies; to promote education at The UWI and across Caribbean school systems on the legacies of colonialism, enslavement and native genocide and the need for justice and repair; and to promote advocacy for reparatory justice by building a capacity for consultancy to CARICOM, Caribbean states, the UN and other relevant institutions, public awareness raising, and supporting activism for reparatory and decolonial justice from grassroots to governments.

For more information on the CRR visit www.reparationresearch.org.

Since its inception in 1948, The University of the West Indies (UWI) has evolved from a fledgling college in Jamaica with 33 students to a full-fledged, regional University with well over 40,000 students. Today, The UWI is the largest, most longstanding higher education provider in the Commonwealth Caribbean, with four campuses in Barbados, Jamaica, Trinidad and Tobago, and the Open Campus. The UWI has faculty and students from more than 40 countries and collaborative links with 160 universities globally; it offers undergraduate and postgraduate degree options in Food & Agriculture, Engineering, Humanities & Education, Law, Medical Sciences, Science & Technology, Social Sciences and Sport. The UWI’s seven priority focal areas are linked closely to the priorities identified by CARICOM and take into account such over-arching areas of concern to the region as environmental issues, health and wellness, gender equity and the critical importance of innovation. Website: www.uwi.edu

Toward a Movement to Expand the Public Space and Culture of Rights in America
We Need Your Support — Donate, Share, Sign-Up Ways to Support