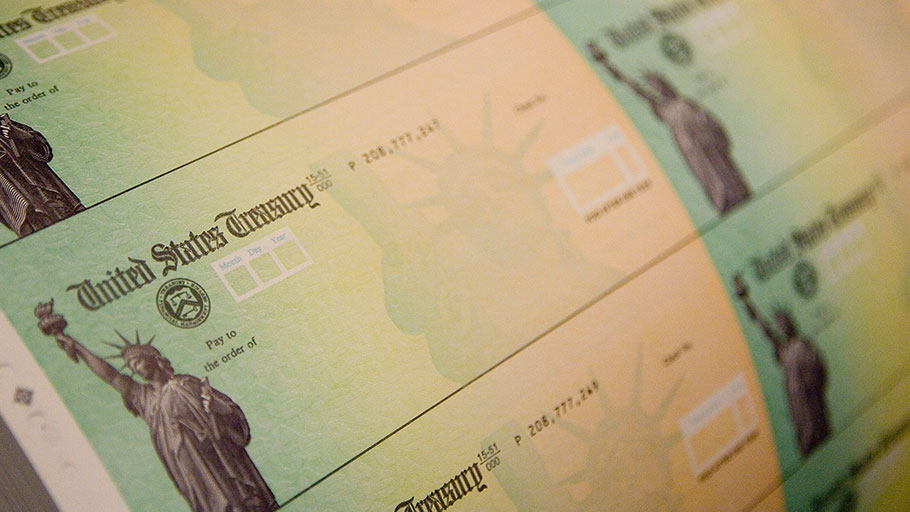 Who Should Receive Reparations and In What Forms? 2020 Statement by NAARC

You Are Here: Home » Blog » Reparations » Who Should Receive Reparations and In What Forms? 2020 Statement by NAARC

The National African American Reparations Commission (NAARC) is convened by the Institute of the Black World 21st Century and serves as a vehicle, among others, to intensify, broaden and deepen the Reparations Movement in the U.S.  The Commission is comprised of leading African American activists, scholars, professionals and experts in the fields of law, economics, politics, health, education, religion, labor and community development.

NAARC has formulated a Preliminary 10-Point Reparations Program modeled after the CARICOM Reparations Commission’s Program. [1] We believe an educational process that engages people of African descent in a national dialogue about proposals for reparations is as important as any particular set of proposals or action agenda. Educating, engaging and activating people of African descent to support reparations as a concept is the major task of the Commission.

With the National Coalition of Blacks for Reparations in America (N’COBRA) as a vital collaborating partner, NAARC is also at the forefront of the movement to secure passage of HR-40, the Congressional Bill that will create a Commission to study “Reparations Proposals for African Americans.” As such, we have been asked to address the issue of who should receive reparations, in what forms, and whether reparations should be restricted to those who can trace their lineage to the period of enslavement in the United States. We would like to offer the following Statement for reflection and deliberation.

While NAARC welcomes principled collaboration and dialogue, there is a dangerous and insidious debate underway within Black America today. There are forces that assert that reparations should be limited to the period of enslavement in “America” between 1619 – 1865 and should only benefit those persons who can prove a direct genetic lineage to people who were enslaved during this period. Whether well-meaning or not, this position is outside the mainstream of the heroic multigenerational struggle for reparations in this country. Therefore, NAARC rejects this framework, along with its chilling implications.

NAARC is extremely concerned that advocacy for this framework appears to be instigated by a relatively small group of recent “converts” to the cause who have launched a dishonest social media disinformation campaign. [2] In our judgement, it is not a legitimate, organic debate originating within the Black community. Whatever its origins, this position is a dangerous distraction which can attract well-meaning new adherents who are not knowledgeable about the longstanding reparations movement in this country.

The focus on who can prove a direct lineage to the enslavement era contains two major assumptions that are false: first, that lineage can directly be proved, and second that reparations is only about the period of enslavement in U.S. history. NAARC emphatically rejects both assumptions.

We would ask proponents of reparations based solely on lineage, how much genetic material does one need in one’s blood from the enslavement era in order to be eligible for reparations? The genetics of Black people in the United States are the result of the amalgamation of multiple lineages from within this country, Africa and the diaspora.

There are our ancestors who were originally kidnapped and illegally transported to what would become the U.S. to be held as indentured servants and enslaved people. Then there are those who were impacted by the systematic rape of Black women; forced slave breeding precipitated by the domestic slave trade; comingling with the Native peoples of this land; decades-long migrations of African-descended people to the U.S. from the Caribbean, Central and South America and other areas, who usually within one-to-two generations fused as part of the Black populace in the U.S. to become “African Americans.” And, then there are the hundreds of thousands if not millions of migrants from Africa who have arrived in the U.S. in the past 40-plus years.

The reality is that the oppression of people of African descent, be they originally from the continent of Africa, from an enslaved lineage in the United States, the Caribbean or elsewhere in the diaspora is pervasive. Indeed, African immigrants like Amadou Diallo and Abner Louima were not spared from New York police terrorism due to their immigration status. It would be the height of hypocrisy to limit reparations to only those who can prove a direct lineage as victims of the enslavement era. For these and other reasons we believe that any effort to restrict discussion of reparations to those who can trace a direct line to slavery is not only a misreading of history, but falls prey to a peculiar form of “Black nativism” that identifies more with the nation-state known as the United States of America, rather than to our commonality with the rest of the African World. NAARC firmly asserts that reparations should not be restricted to people of African descent who can prove their lineage to what is being termed “American” enslavement.
Furthermore, the gross violations to the human rights of Black people persisted long after Emancipation and remains with us today as a living legacy of enslavement.

The Preamble to NAARC’s Preliminary Reparations Program reveals that the wealth of the U.S. was not only accumulated from the centuries of free labor that was brutally extracted from enslaved Africans, but that after Emancipation, there was systematic, often violent repression, exploitation and deprivation under the American system of apartheid. This repression and exploitation continues today under a political and economic system infected with white supremacy and structural racism.

Moreover, the NAARC Reparations Program points out that formerly enslaved Africans were excluded from government programs like the Homestead Act, which greatly benefited poor and working-class Whites and corporations. Post-Emancipation land owned by Blacks was often stolen through trickery, fraud and discriminatory policies and practices, which also ran rampant throughout the Department of Agriculture.

It is undeniable that a legitimate national dialogue on reparations needs to occur amongst people of African descent in the U.S. NAARC is a vehicle committed to advancing that process. As expressed by our collaborative partner N’COBRA, the debate about ancestral lineage should really be a tertiary level conversation in the reparation’s movement, if at all. To push this question to the forefront at this time is counterproductive and divisive. What is required at this crucial moment is a united front to vigorously continue the education and mobilization to win the struggle for reparations, whether in the form of direct or community benefits. Then there is the critical question of what are the structures that should serve as vehicles to receive and allocate various forms of reparations. Accordingly, the National African American Reparations Commission would like to offer this guidance on these important questions.

We strongly affirm the right of all people of African descent in the U.S. to receive reparations, irrespective of when they arrived here or their country of origin. The historical fact is that centuries of enslavement, post-Emancipation racially exclusionary policies and practices, psychological trauma, racial oppression, violence and mass incarceration have severely underdeveloped and, in some instances, outright destroyed families and communities in Black America. As a result, both community and direct benefits, in whatever form or forms that are agreed upon, are necessary components of a reparatory justice settlement.

However, it is critical to recognize that direct benefits are insufficient to repair the underdevelopment and destruction of communities. Indeed, as expressed by NAARC’s Preliminary Reparations Program, “No amount of material resources or monetary compensation can ever be sufficient restitution for the spiritual, mental, cultural and physical damages inflicted on Africans by centuries of the MAAFA, the holocaust of enslavement and the institution of chattel slavery.”

Therefore, we renew the call for a National Reparations Trust Authority to be the repository, custodian and administrative body to receive monetary and material resources, allocated by offending parties, as restitution to repair the damages inflicted on the sons and daughters of Africans in America during centuries of oppression and exploitation.

This Authority would be comprised of a cross-section of credible representatives of reparations, civil rights, human rights, labor, faith, education, civil and fraternal organizations and institutions. It would be empowered to establish subsidiary Trust Funds to administer projects and initiatives in the areas of culture, economic development, education, health and other fields as deemed appropriate based on the demands in the Reparations program.

Accordingly, independent Black controlled structures like the Reparations Finance Authority recommended in NAARCs’ 10-point Reparations Program are imperative to receive various forms of resources to be allocated as community benefits to support social, economic, cultural and educational programs, projects and initiatives that enhance Black communities as a whole.

In conclusion, we are, and always have been, an African people. We cannot afford to be distracted by misguided notions about who is entitled to reparations and in what form. Any attempt to draw lines between those who are the descendants of the pre-1865 enslavement era and those who followed, will come to no good end. It is a prescription for division and failure which is a disservice to the multi-generational struggle for reparations. There will be only one victor if people of African descent are distracted and divided; an amoral Capitalist political-economy and white supremacist system which was responsible for the enslavement and centuries of oppression and exploitative of our people will triumph, remain substantially intact, without making restitution for its crimes against humanity. In memory of our ancestors, NAARC is determined that this will not happen!

The Coronavirus Pandemic
And the Demand for Reparations

Without a doubt, the COVID-19 pandemic has exposed the consequences of multi-century, intergenerational structural/systemic racism on the life chances of African Americans. If ever there were an urgent and compelling case for reparatory justice and reparations in the form of community and direct benefits, it is now.

Persistent disparities in health indicators like diabetes, hypertension, cancer, asthma, obesity combined with chronic unemployment, underemployment, food insecurity, massive incarceration rates and a huge “digital divide” are the preconditions for the disproportionately high rates of infections and deaths from COVID-19 we are witnessing in marginalized Black communities across this country. This disaster is compounded by the culturally inappropriate, standard, “color blind” triage procedures utilized within the American hospital and public health systems. This is an ethical and human rights issue of enormous proportions which cries out for reparatory justice. NAARC will issue a comprehensive statement on this urgent matter in the very near future.