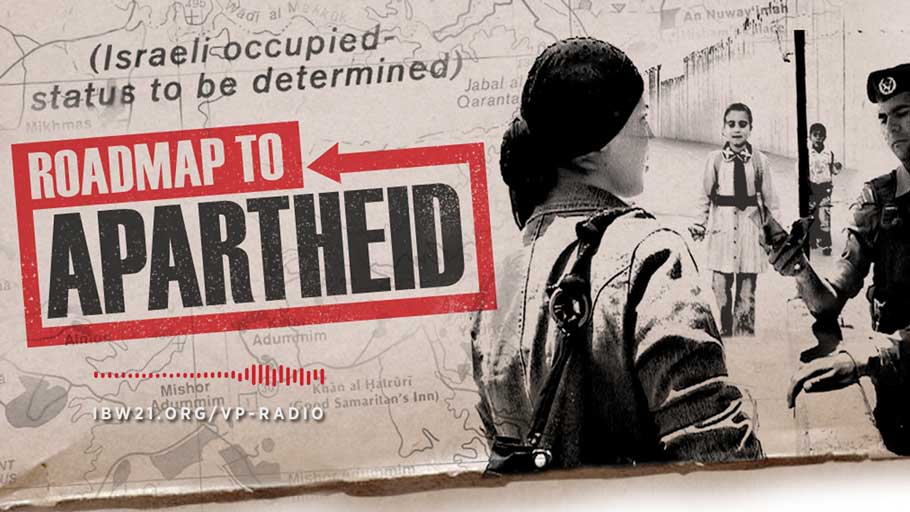 On this WBAI Winter Fund Drive Edition of Vantage Point Radio, the Professor Dr. Ron Daniels talks about the film “Roadmap to Apartheid” (Narrated by Alice Walker) and the conflict between Israeli and the Palestinians.

A film narrated by Alice Walker about the roots of the conflict between Israeli and the Palestinians, and its parallels to the former Apartheid regime in South Africa. The producers are Ana Nogueira, a white South African, and Eron Davidson, a Jewish Israeli. Drawing on their first-hand knowledge of the issues, the producers take a close look at the apartheid comparison often used to describe the Israeli-Palestinian conflict. Their film breaks down the rhetorical analogy into a fact-based comparison, noting where the analogy is useful and appropriate, and where it is not. There are many lessons to draw from the South African experience relevant to conflicts all over the world. This film is as much a historical document of the rise and fall of apartheid, as it is a film about why many Palestinians feel they are living in an apartheid system today, and why an increasing number of people around the world agree with them.

Become a BAI Buddy by clicking here and select “Talk Back – Vantage Point” in the drop down button.