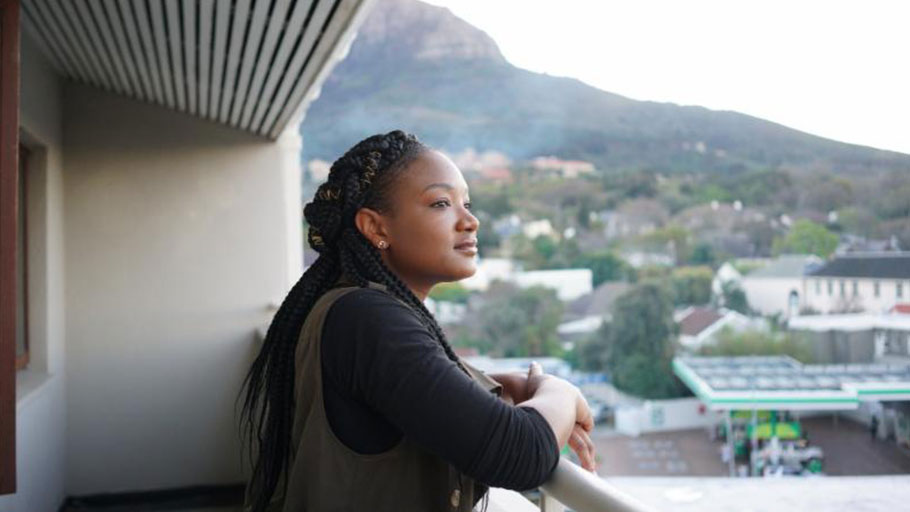 Discovering the Excellence Within: Realizing My Greatness in South Africa

You Are Here: Home » Blog » Editors' Choice » Discovering the Excellence Within: Realizing My Greatness in South Africa

I had my first taste of global cultural learning in 2015 when I traveled to Qatar at the age of 14 for a week-long Arabic debate competition. Two years earlier, in seventh grade, I had started taking Arabic classes at Lindbolm Math and Science Academy, a selective high school serving gifted and marginalized students in Chicago. Until I became a Frederick Douglass Global Fellow and studied in South Africa last summer, the Qatar trip had been my most extensive abroad experience. But what transpired during the summer of 2018 in South Africa, made me realize that was only the beginning of my personal development.

When I started at Lindbolm Academy as a seventh grader, I experienced a challenging environment, something more dynamic than anything I had experienced before. I relished in the opportunity to engage with a new culture through my Arabic language and dance courses because it provided an outlet for some of my feelings of displacement.

I felt lost and uncomfortable in my new environment. I was forced to push the boundaries to which I had grown accustomed, and at times, I struggled with the changes.

I often wondered: How did I get here? How did I become so privileged to be in a space with people so brilliant? I was surrounded by individuals who were intelligent and inquisitive, and I never thought of myself on that level. This began my quest to understand my worth.

My quest continued when I applied to be a Frederick Douglass Global Fellow as a college student at Xavier University. I was in complete disbelief when I was accepted for a study abroad to South Africa. I knew the program was prestigious and competitive, and I had a lot of self-doubt about my own abilities and sense of belonging.

Throughout my time in South Africa, however, I came face-to-face with the power of my excellence–and the power of what I could achieve. I never imagined myself hiking, never even gave it any thought. The 12-year-old girl who felt out of place in a new school wouldn’t have ever pictured herself living in South Africa for four weeks.

The Frederick Douglass Global Fellowship program was also transformative for me because I had so many new experiences and was able to process them in liberating ways.

During these moments of deep reflection, I had a revelation: “Honey, you have to come to grips with your power.”

I expected good things, not great things, to happen to me. Becoming a Frederick Douglass Global Fellow validated the excellence within me. All of my doubts were crushed beneath the soles of my feet, as I walked each step in South Africa.

I’ve learned that as soon as I stop fearing my greatness, my impact on society will be beyond anything I — or my 12-year-old self — could ever fathom.

Of the more than 330,000 U.S. students studying abroad, only 6.1 percent are African American and 10.1 percent are Latino. This is one in a series of articles by students of color who are breaking down barriers by studying abroad thanks to the Frederick Douglass Global Fellows program, which awards 10 full scholarships a year to students at Minority Serving Institutions. These students will periodically share their stories, hopefully inspiring others to apply.  Applications are due by February 14, 2019, and can be found here. Join the social media campaign, #CIEEmpowered #MSInspirational #FrederickDouglassGlobalFellows that is celebrating these extraordinary students, like Jorian Reeves, a first year at Xavier University, Louisiana’s College of Pharmacy, and their experiences studying abroad. Please view and share Jorian’s video story below.

Online applications to study abroad as a Fellow next summer are due by February 14, 2019

Ten college students at the more than 600 Minority Serving Institutions across the country can win full scholarships to study abroad next summer, and all qualified applicants are guaranteed $1500 grants toward select study abroad programs, according to the Council on International Educational Exchange (CIEE) and the Penn Center for Minority Serving Institutions, which jointly sponsor the scholarship program. Online applications to study abroad as a Fellow next summer are due by February 14, 2019, and can be found HERE. The requirements are HERE. CIEE is the oldest and largest nonprofit study abroad and intercultural exchange organization in the U.S. Their mission is to transform lives and build bridges between people and nations. CIEE programs are at more than 60 international sites, including Berlin, Buenos Aires, Cape Town, Copenhagen, London, Madrid, Paris, Rio de Janeiro, Rome, Santiago, Shanghai, and Sydney. Last year alone CIEE provided more than $8 million in scholarships, grants, and financial aid.