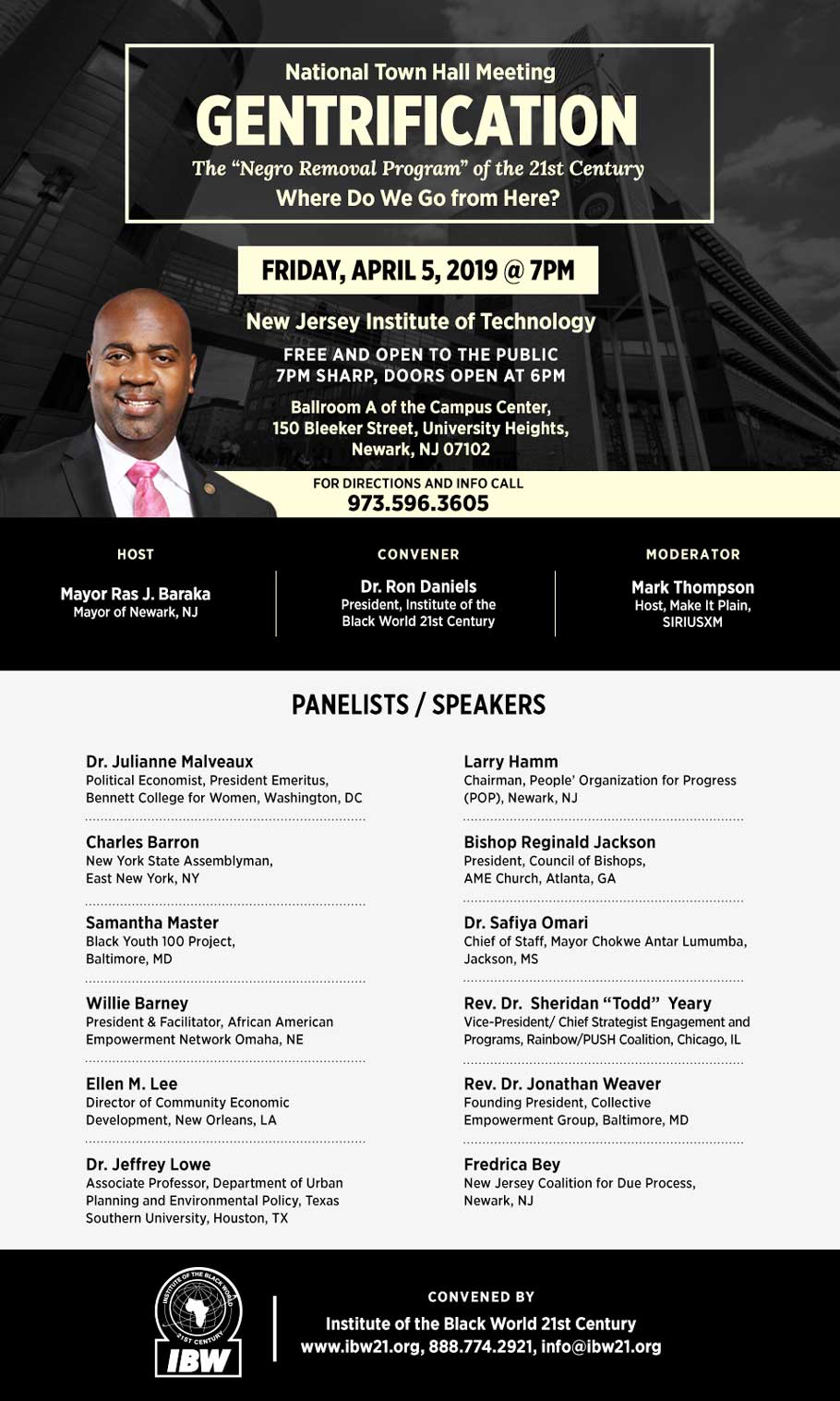 April 4-6, 2019, all roads will lead to Newark, New Jersey, for a National Emergency Summit on Gentrification convened, by the Institute of the Black World 21st Century under the leadership of Dr. Ron Daniels, President and hosted by Mayor Ras J. Baraka. The Emergency Summit is being convened at a time when gentrification has become the watch-word for the displacement of Black people and culture from urban neighborhoods around the country. Gentrification is seen as the “Negro Removal Program” of the 21st Century. During the Civil Rights, Black Power era, the term “Negro Removal” was virtually synonymous with “Urban Renewal,” local… READ MORE

‘We are therefore demanding …’ : Reparations in the Christian church

‘We are therefore demanding …’ : Reparations in the Christian church
We Need Your Support — Donate, Share, Sign-Up Ways to Support