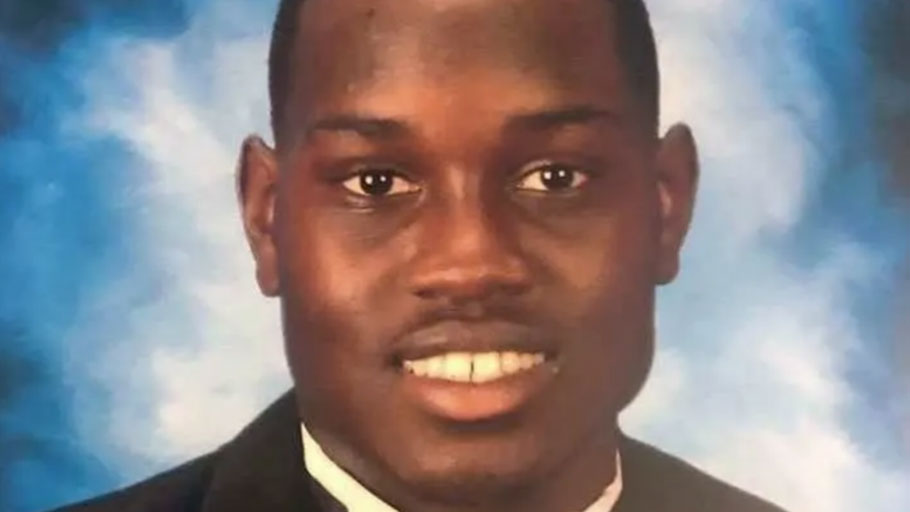 Earlier this month a video surfaced showing the Feb. 23 shooting of an unarmed black man pursued by two white men and shot in broad daylight while jogging through a neighborhood in Brunswick, Georgia. Retired police officer and district attorney investigator Gregory McMichael, 64, and his son Travis McMichael, 34, told police they confronted Ahmaud Arbery, 25, because he resembled a man they believed to be responsible for local home break-ins. Surveillance video from the day of the killing shows Arbery made a brief stop at a construction site while out for a run, but there is no evidence he took anything or was involved in any home break-ins.

The incident, which many have called a lynching, reveals a disturbing pattern of how black people are treated with suspicion and hostility by white people even during innocent activities like jogging.

“Arbery had committed no offense. His only offense, the thing that drew suspicion, was that he was black and male and running through these white men’s neighborhood,” wrote Charles Blow in the New York Times. The Brunswick News also noted that only one burglary was reported in the area from the start of 2020 to the day Arbery died.

Only after media attention and public outcry were the McMichaels arrested, 74 days after the killing. They have both been charged with murder and aggravated assault. But Arbery’s family also wants authorities to investigate the killing as a hate crime. “It was a hate crime,” Marcus Arbery Sr. told First Coast News. “My young son wasn’t doing nothing — minding his own business, running and working out.”

The U.S. Justice Department has announced that it would probe the case and decide whether federal hate crime charges should be pursued. (Federal lynching-related charges are not possible; while the Democratic-controlled U.S. House passed the Emmett Till Antilynching Act earlier this year, the measure has stalled in the Republican-controlled Senate.) However, state authorities cannot pursue hate crime charges because Georgia lacks a hate crime law.

Georgia is one of three Southern states with no hate crime laws, which generally allow for more severe sentencing for perpetrators of crimes ruled by a court to be motivated by bias. While Georgia passed a hate crime law in 2000 that prohibited crimes based on “bias or prejudice,” the measure did not list specific protected groups, and the state Supreme Court struck down the law in 2004 because it was “unconstitutionally vague.” South Carolina and Arkansas also remain without hate crime laws, as does Wyoming.

Experts note that state hate crime laws vary widely in the South, and Southern lawmakers have been resistant to adding enhanced protections for marginalized communities. For example, three of the 10 Southern states that have hate crime laws do not provide enhanced penalties for crimes that were motivated because of someone’s sexual orientation: Alabama, Mississippi, and North Carolina. Earlier this year, Virginia became the only Southern state to adopt a hate crime law that offers extra penalties for crimes committed because of someone’s gender identity, even though there has been an increase in the murder of transgender people in the South in recent years.

Last year the Georgia House passed a bipartisan bill that would have penalized crimes committed out of bias against race, color, religion, or sexual orientation, but the measure stalled in the state Senate this year after the legislative session ended in March because of concerns over the coronavirus. In the wake of Arbery’s murder, efforts to pass that bill have been revived.

Earlier this month, the Georgia Legislative Black Caucus issued a statement urging the state Senate to take up House Bill 426 when it comes back to session in June. “In 2020, our state and our country have yet to reconcile with the vestiges of racism,” the statement said. “At a time when we are uniting to fight against a global pandemic, another disease rears its head to again take an innocent life.”

GOP lawmakers have also insisted on making the measure a top priority. State House Speaker David Ralston, a Republican from Blue Ridge, called for the state Senate to pass the bill “with no delay and no amendments.”

Members of the Black Caucus plan on renaming the measure the Ahmaud Arbery Hate Crime Bill. Member Rep. Gloria Frazier of Hephzibah said that its passage “would allow citizens to feel safe knowing the state of Georgia does not accept or tolerate behavior rooted in hate.”

Arbery’s killing has also renewed efforts to pass a hate crime law in South Carolina, where a white supremacist fatally shot nine African American congregants at the Emanuel African Methodist Episcopal Church in Charleston in 2015. According to the Southern Poverty Law Center, 17 hate and extremist groups were operating in South Carolina in 2019.

And now more than 30 lawmakers have signed on to legislation sponsored by state Rep. Wendell Gilliard, a Charleston Democrat, that would establish a hate crimes law in the state. State Rep. Gilda Cobb-Hunter, an Orangeburg Democrat, said that passing such a bill would be “a very difficult task” but one that should matter for legislators who care “about what this country says it stands for.”

The measure is awaiting action in the House Judiciary Committee.

Benjamin Barber is a researcher and writer with Facing South.