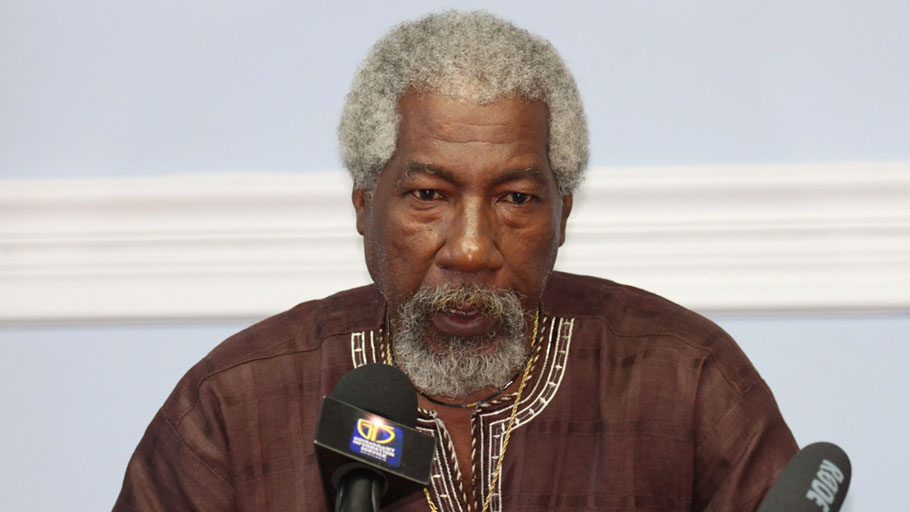 You Are Here: Home » Blog » Reparations » Africa must support the CARICOM Reparations demand

Chronicles Of A Chronic Caribbean Chronicler By Earl Bousquet —

May 25th every year is still observed as ‘African Liberation Day’, as that was the date on which the Organization for African Unity (OAU) was formed in 1963 in Addis Ababa, Ethiopia under the leadership of Emperor Haile Selassie. But since 2002 the OAU has been renamed the African union (AU), and with over 50 African states now fully independent, it’s the Big Tent under which all African nations and tribes gather to unite and fight.

Africa is now free of direct colonial domination, but the cause of African Liberation continues, having changed from one of fighting for independence to one for stopping wars, healing wounds and uniting to consolidate its political liberation in ways that will eventually yield the levels of economic liberation that continue to elude the continent more than five decades after gaining political independence.

Writer and philosopher Frantz Fanon and liberationist poet Aime Cesaire, both from the French Caribbean island of Martinique, were celebrated writers across Africa among those struggling for national liberation for the ways they used their own small island colonial experiences to both embrace and encourage the African independence struggles.

Jamaican lawyer Dudley Thompson successfully defended Kenya’s Jomo Kenyatta at his famous trial in the 1960s; Fidel Castro, with permission from Prime Minister Forbes Burnham, sent hundreds of thousands of Cubans through Guyana in the 1970s to defend independent Angola and Mozambique against mercenary troops backed by Apartheid South Africa.

Guyana also supported liberated African states and hosted a non-Aligned Movement Summit (also in the early 1970s) and upheld a Commonwealth Sports Boycott of South Africa by penalizing popular Guyanese and West Indies cricketers who violated it; and Guyana also joined Grenada and Jamaica in the Non-Aligned Movement (in the early 1980s) to always oppose Apartheid in South Africa, demand the liberation of Nelson Mandela, support recognition of the African National Congress (ANC) and call for free and fair elections on the principle of ‘One Man, One Vote!’

Mozambique’s Samora Machel and South Africa’s Nelson Mandela visited the Caribbean during and after the Grenada Revolution (1979-83), respectively, with later visits to Guyana by Zambia’s Frederick Chiluba (in the mid-1990s) and the more recent visits by Ghana’s and Kenya’s presidents to Barbados and Jamaica in 2019.

But nowhere in all of this have African and Caribbean leaders ever arranged the sort of bilateral mechanisms for multilateral pursuit of the centuries of ties that have bound Africa and the Caribbean since Slavery. Africa’s leaders together meet with Europe, China and Japan regularly, but never together with their Caribbean counterparts.

So tight was the colonial hold over the centuries that approaching sixty years after Independence led to nationhood in Africa and the Caribbean, leaders on both sides are still suffering excessive colonial hangovers and are not united in their approaches to direct ties outside of common membership of international bodies.

In 2013, Caribbean Community (CARICOM) leaders agreed to jointly pursue Reparations from Britain and the European Union for Slavery and Native Genocide, but while the governments are united in that stated call, more than six years later they are still at far different stages in how far they go at home and abroad, in fanning the Reparations flame.

Same with most African nations – and especially those from which slaves were kidnapped and sent to the Caribbean centuries ago – which have not yet identified with the Caribbean governments’ formal demands for Reparations for Slavery in ways that would show Africa’s understanding and/or acceptance of the mutual interests in joint pursuit of long overdue Reparatory Justice for Slavery and Native Genocide from Britain and the EU.

France’s eternal punishment of Haiti by forcing the small Caribbean island nation to forever pay Reparations in Gold Francs for seizing French estates and abolishing slavery, its alleged role in the abduction and exile to South Africa of Haiti’s President Jean Bertrand Aristide in the 1990s (after he dared to demand restitution of reparations payments from Paris) and the way France handles the finances of its former African colonies held in its central coffers ad infinitum, might all be factors in Africa’s hands-off attitude, thus far, to the Caribbean’s Reparations claims.

Not that Reparations are new to Africa: Kenya successfully demanded Reparations by way of restitution payments and compensation from Britain for the massacre by British troops of the Mau-Mau tribe during the independence struggle in the 1960s; and Namibia in 2017 launched a formal Reparations claim against Germany.

The Caribbean’s Reparations cause has been more quickly embraced by African Americans still pursuing the ‘Forty Acres and a Mule’ promised to ex-slaves who fought for America’s independence in 1776, with Reparations issue now back on the American political agenda.

May 25th 2020 is a good time for revisiting Africa-Caribbean ties over time.

Ghana’s president invited Caribbean people of African descent to come and share in his country’s ‘Year of Return’, but day to day experiences of some Caribbean nationals who took up the invitation were much different than expected, ever treated as foreign visitors and not Brothers and Sisters visiting their ancestral home.