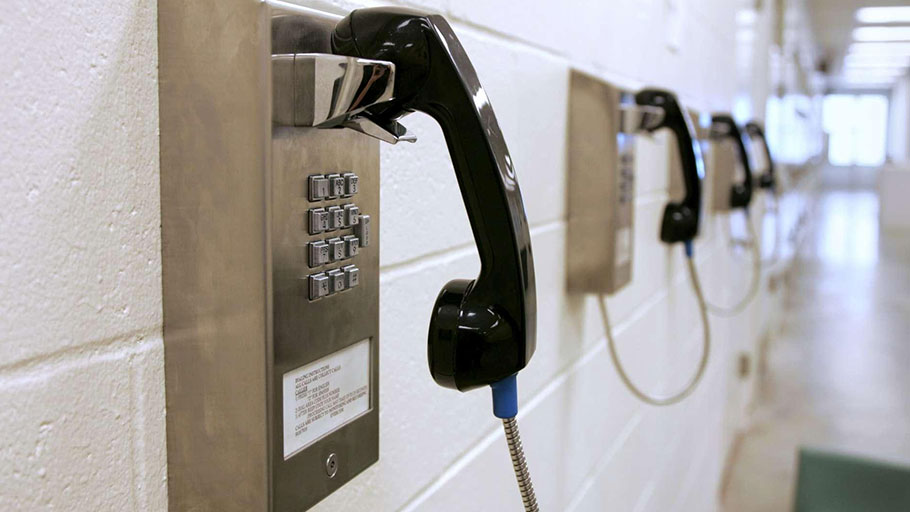 You Are Here: Home » Blog » COVID-19 (Coronavirus) » Affordable phone calls for the incarcerated take on new urgency in the pandemic 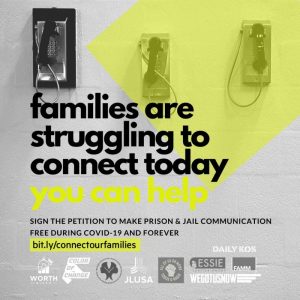 Color of Change and other social justice advocacy groups have launched a petition demanding free phone calls for the incarcerated, an issue that has become even more pressing during the pandemic. (Image from Color of Change’s Facebook page.)

During this time of pandemic-related social distancing, phone conversations are helping people stay sane and connected. But incarcerated people, who are among the most vulnerable to the novel coronavirus, face significant barriers when it comes to accessing phone calls, which are more vital than ever given restrictions on in-person visits.

Prison telecommunications is a $1.2 billion industry dominated by Securus Technologies, headquartered in Carrolton, Texas, and Global Tel Ink, based in Falls Church, Virginia. These corporations could dramatically lower the cost of phone calls for the incarcerated, but they choose not to do so.

Nationally, the average cost of a 15-minute call from jail is $5.74, but it can run as high as $25. It is the loved ones of the incarcerated — disproportionately poor people of color — who typically bear the burden of these costs. Even before the pandemic response caused millions of people to lose their jobs, one-third of families with incarcerated loves ones went into debt trying to maintain communication and visitation with their incarcerated relatives.

Social justice advocacy groups including Color of Change were pressing elected officials to use their power to lower prison phone call fees even before the COVID-19 outbreak, which has made the effort even more urgent. “This pandemic has exposed why these conditions have always been detrimental to the health of our communities — from a physical health standpoint and a mental health standpoint,” Scott Roberts, Color of Change’s senior director of criminal justice campaigns, told Facing South.

The campaign has already won some changes:

Meanwhile, Color of Change is using the growing momentum around the issue to continue to push state representatives, governors, and the FCC to make phone calls free at county jails, state prisons, and detention centers. An online petition sponsored by that group and a number of others urges elected officials to take action to make calls free during this crisis, even if that means using emergency government funds.

“A mother should not have to decide between paying rent and paying for a call between her child and their incarcerated parent,”the petition states.

Rebekah Barber is a research associate at the Institute for Southern Studies and writer for Facing South.