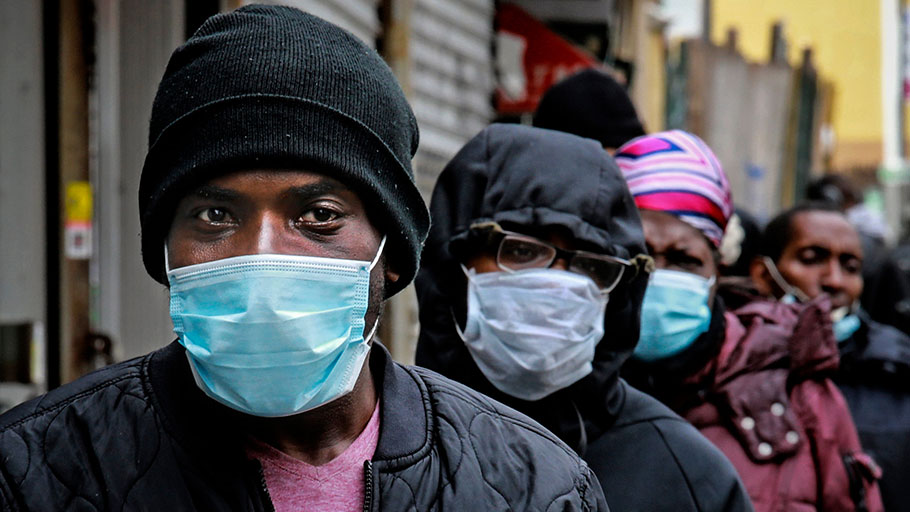 We know why Covid-19 is killing so many black people.

About five years ago, I was invited to sit in on a meeting about health in the African-American community. Several important figures in the fields of public health and economics were present. A freshly minted Ph.D., I felt strangely like an interloper. I was also the only black person in the room.

One of the facilitators introduced me to the other participants and said something to the effect of “Sabrina, what do you think? Why are black people sick?”

It was a question asked in earnest. Some of the experts had devoted their entire careers to addressing questions surrounding racial health inequities. Years of research, and in some instances failed interventions, had left them baffled. Why are black people so sick?

My answer was swift and unequivocal.

My colleagues looked befuddled as they tried to come to terms with my reply.

I meant what I said: The era of slavery was when white Americans determined that black Americans needed only the bare necessities, not enough to keep them optimally safe and healthy. It set in motion black people’s diminished access to healthy foods, safe working conditions, medical treatment and a host of other social inequities that negatively impact health.

This message is particularly important in a moment when African-Americans have experienced the highest rates of severe complications and death from the coronavirus and “obesity” has surfaced as an explanation. The cultural narrative that black people’s weight is a harbinger of disease and death has long served as a dangerous distraction from the real sources of inequality, and it’s happening again.

Reliable data are hard to come by, but available analyses show that on average, the rate of black fatalities is 2.4 times that of whites with Covid-19. In states including Michigan, Kansas and Wisconsin and in Washington, D.C., that ratio jumps to five to seven black people dying of Covid-19 complications for every one white death. 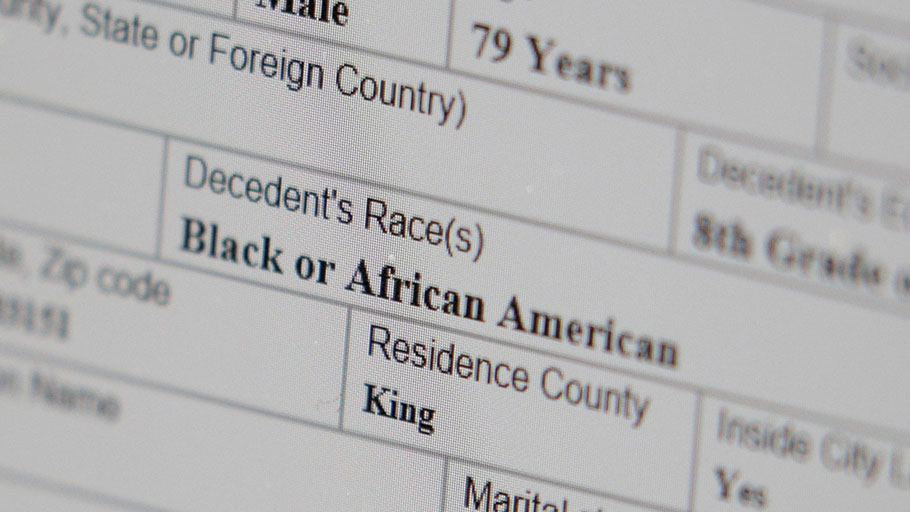 Details of the death certificate for a black man who died of the coronavirus in April. Credit: David Ryder/Reuters

Despite the lack of clarity surrounding these findings, one interpretation of these disparities that has gained traction is the idea that black people are unduly obese (currently defined as a body mass index greater than 30) which is seen as a driver of other chronic illnesses and is believed to put black people at high risk for serious complications from Covid-19.

These claims have received intense media attention, despite the fact that scientists haven’t been able to sufficiently explain the link between obesity and Covid-19. According to the Centers for Disease Control and Prevention, 42.2 percent of white Americans and 49.6 percent of African-Americans are obese. Researchers have yet to clarify how a 7 percentage-point disparity in obesity prevalence translates to a 240 percent-700 percent disparity in fatalities.

Experts have raised questions about the rush to implicate obesity, and especially “severe obesity” (B.M.I. greater than 40), as a factor in coronavirus complications. An article in the medical journal The Lancet evaluated Britain’s inclusion of obesity as a risk factor for coronavirus complications and retorted, “To date, no available data show adverse Covid-19 outcomes specifically in people with a BMI of 40 kg/m2.” The authors concluded, “The scarcity of information regarding the increased risk of illness for people with a BMI higher than 40 kg/m2 has led to ambiguity and might increase anxiety, given that these individuals have now been categorised as vulnerable to severe illness if they contract Covid-19.”

Promoting strained associations between race, body size, and complications from this little-understood disease has served to reinforce an image of black people as wholly swept up in sensuous pleasures like eating and drinking, which supposedly makes our unruly bodies repositories of preventable weight-related illnesses. The attitudes I see today have echoes of what I described in “Fearing the Black Body: The Racial Origins of Fat Phobia.” My research showed that anti-fat attitudes originated not with medical findings, but with Enlightenment-era belief that overfeeding and fatness were evidence of “savagery” and racial inferiority.

Today, the stakes of these discussions could not be higher. When I learned about guidelines suggesting that doctors may use existing health conditions, including obesity, to deny or limit eligibility to lifesaving coronavirus treatments, I couldn’t help thinking of the slavery-era debates I’ve studied about whether or not so-called “constitutionally weak” African-Americans should receive medical care.

Fortunately, since that event I attended five years ago, experts focused on the health of African-Americans have continued to work to direct the nation’s attention away from individual-level factors.

The New York Times’1619 Project featured essays detailing how the legacy of slavery impacted health and health care for African-Americans and explaining how, since the era of slavery, black people’s bodies have been labeled congenitally diseased and undeserving of access to lifesaving treatments.

In a recent essay addressing Covid-19 specifically, Rashawn Ray underscored the legacy of redlining that pushed black people into poor, densely populated communities often with limited access to health care. And he pointed out that black people are overrepresented in service positions and as essential workers who have greater exposure than those with the luxury of sheltering in place. Ibram X. Kendi has written that the “irresponsible behavior of disproportionately poor people of color” — often cited as an important factor in health disparities — is a scapegoat directing American’s attention from the centrality of systemic racism in current racial health inequities.

Evaluating the inadequate and questionable data about race, weight and Covid-19 complications with these insights in mind makes it clear that obesity — and its affiliated, if incorrect implication of poor lifestyle choices — should not be front and center when it comes to understanding how this pandemic has affected African-Americans.Even before Covid-19, black Americans had higher rates of multiple chronic illnesses and a lower life expectancy than white Americans, regardless of weight. This is an indication that our social structures are failing us. These failings — and the accompanying embrace of the belief that black bodies are uniquely flawed — are rooted in a shameful era of American history that took place hundreds of years before this pandemic.

Sabrina Strings is an associate professor of sociology at the University of California at Irvine and the author of Fearing the Black Body: The Racial Origins of Fat Phobia.