As a former UN special rapporteur, the coup in Venezuela reminds me of the rush to war in Iraq

You Are Here: Home » Commentaries/Opinions » As a former UN special rapporteur, the coup in Venezuela reminds me of the rush to war in Iraq 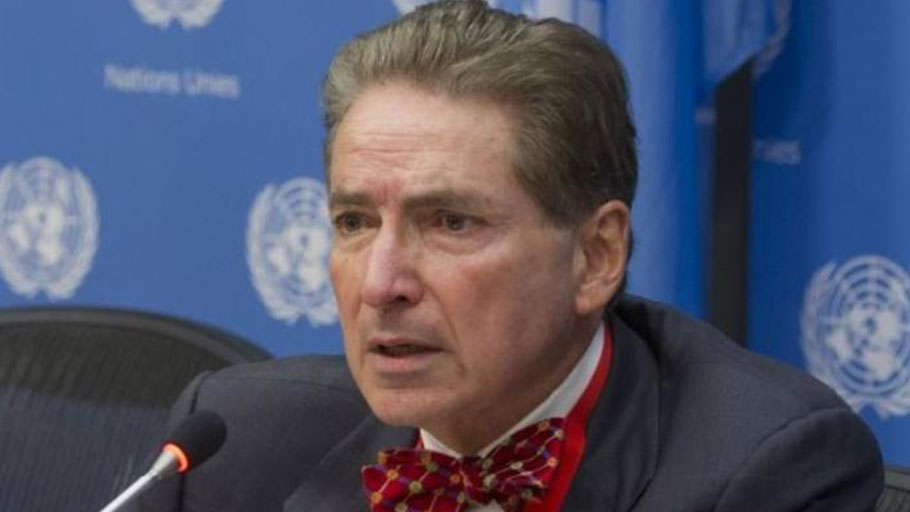 Oil rich states such as Iraq and Libya were devastated after concerted campaigns of misinformation. US attempts to provoke conflict in the Latin American country have marked similiarities.

There is nothing more undemocratic and corrosive to the rule of law than a coup d’état. Members of the United Nations are bound by the Charter, articles one and two of which affirm the right of all peoples to determine themselves, the sovereign equality of states, the prohibition of the use of force and of economic or political interference in the internal affairs of sovereign states. Yet these fundamental principles of international order are being grossly violated in the case of Venezuela.

The international community witnessed a revolt against the UN Charter when in 2003 the United States together with the “coalition of the willing” decided to invade Iraq, a war which the late secretary general Kofi Annan described as illegal. This massive act of aggression was probably the most serious violation of the Nuremberg Principles since the Second World War. What shocks the conscience is not that the United States would place itself above international law, but that it dragged 42 countries into this destructive looting campaign. The war was preceded by an ocean of fake news and disinformation, intended to make the aggression more palatable to world public opinion. War crimes and crimes against humanity were committed for which no political leader has been held accountable. One may ask, is the International Criminal Court credible, when it has thus far only focused on African politicians, and has failed to investigate or indict leaders of powerful countries, who have hitherto enjoyed total impunity?

In 2011 another oil rich state was devastated, Libya, with the aggression similarly preceded by systematic governmental and media disinformation. Today’s crisis in Venezuela has much in common with the prior aggressions against the two other oil-producing countries.

One would think that the human rights community is committed to advancing the civil, cultural, economic, political and social rights of all without discrimination. Their silence in the face of the enormous suffering inflicted on the Venezuelan people by the United States is nothing less than appalling. The economic war against Venezuela, carried out not only by the United States, but also by the Grupo de Lima in clear violation of Chapter 4, Article 19 of the OAS Charter, the financial blockade and the sanctions have demonstrably caused hundreds of deaths directly related to the scarcity of food and medicines resulting from the blockade.

It is all too obvious that the intention of the sanctions has been to asphyxiate the Venezuelan economy in the expectation that the Venezuelan people or the Venezuelan military will topple the Maduro government. This kind of interference in the internal affairs of Venezuela is not only contrary to fundamental principles of international law, but it also gives rise to personal criminal liability. To the extent that the number of victims of the artificial “humanitarian crisis” continues to grow, this is a matter for the International Criminal Court pursuant to article 7 of the Rome Statute, which defines “crimes against humanity”.

The report of my UN mission to Venezuela was presented to the Human Rights Council on 10 September 2018. Among the many constructive recommendations formulated in my report was the revival of the dialogue between the opposition and the government. Already between 2016-2018 the former Spanish prime minister Jose Luis Rodriguez Zapatero hosted a multilateral mediation in which the Vatican and six Latin American states participated.

After two years a reasonable compromise document was agreed upon, and on the day of signature, 6 February 2018, Julio Borges, the representative of the opposition refused to sign. This can only be qualified as a grave manifestation of bad faith.

Of course, we know that the Venezuelan people are polarised, but this does not mean that we should allow this situation to degenerate into civil war. The opposition should remember that, whatever happens in the next few weeks, there are at least 7 million Venezuelans who are committed Chavistas and who are not likely to roll over after a coup d’état. Any democratic government in Venezuela must keep in mind that it must represent all Venezuelans, not only the 1 per cent and the privileged classes. The bottom line is this: international mediation is necessary, and all countries of goodwill should support the initiative of Mexico and Uruguay to hold an international mediation in Montevideo, beginning today. This initiative should also be endorsed by the UN Secretary General Antonio Guterres and by the new UN High Commissioner for Human Rights, Michelle Bachelet.

No Trump, No Maduro, No War: Socialists Should Take a Stand on Venezuela

No Trump, No Maduro, No War: Socialists Should Take a Stand on Venezuela
We Need Your Support — Donate, Share, Sign-Up Ways to Support