You Are Here: Home » Commentaries/Opinions » Central Park 5 Casts a Hideous Glare on the Wrongful Conviction Epidemic 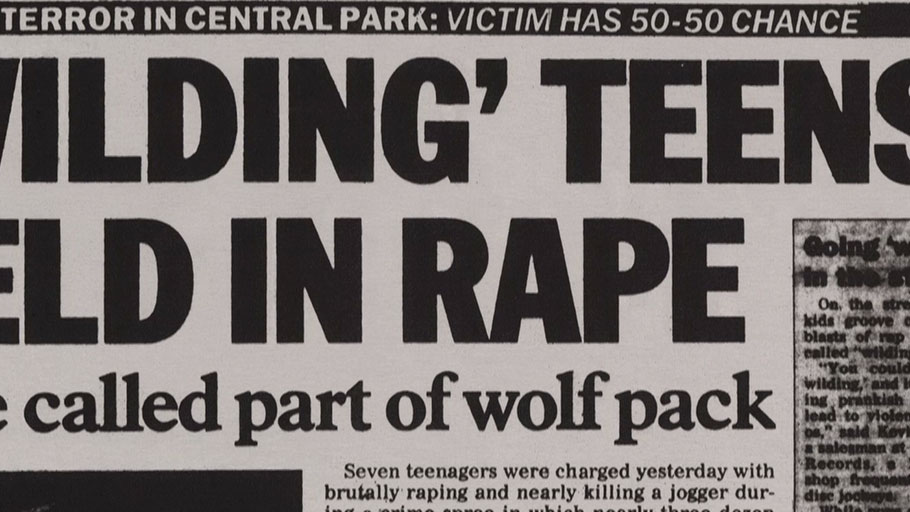 The Central Park 5 has been the textbook poster case for the one thing that has consistently and horribly racially disfigured America’s criminal justice system. That’s the stain of wrongful convictions. The 5 have the happy and tragic distinction of being the most celebrated wrongfully convicted prisoners released from prison but in the decade since their exoneration and release hundreds of other prisoners with much less fanfare and public attention have been released.

Blacks make up a disproportionate percent of those prisoners exonerated and released. The reason for that is simple. They make up a disproportionate number of those arrested and charged with crimes they didn’t commit. Studies have shown that the two crimes that Blacks are most likely to be falsely nailed for are murder and sexual assault. With sexual assault, almost always the victim is a white woman. But this is only part of the story.

The Central Park 5’s nightmarish tale after their arrest in 1989 for the rape of a white female jogger in Central Park is woefully familiar to others wrongfully accused. The wrongfully accused face marathon police grilling, with threats and intimidation, a coerced confession, slipshod legal representation, a fast track trial, conviction, and then they are either dumped in a cell for life or receive the death penalty. In many cases, the press will pile on with a deluge of lurid stories about the crime, and dredge up the usual shop-worn racial crime, violence, drug, dysfunctional home, stereotypes about the alleged Black perpetrators.

The Central Park 5 got the royal media sensationalist treatment with story after story and headline after headline screaming about young Black guys on a terror rampage against whites, especially white women. This was more than enough to get a future candidate to jump on the fry them in the chair bandwagon, complete with full page ads demanding the death penalty. Even after the bogus frameup is exposed, it’s the rarest of rare cases, where the media and prosecutors will admit that they got it dead wrong and publicly admit they were wrong. That now present president in the case of the Central Park 5 being the best example.

But what about compensation for their years behind bars. The headline photo-ops of wrongfully convicted prisoners smiling, with relatives in tow, announcing multi-million-dollar awards such as that received by the Central Park 5 are the rarest of exceptions. Most of the falsely accused may not get a nickel for the decades of mental and physical suffering they endured. It’s a situation that many states have done absolutely nothing to correct for the falsely accused.

There only recourse is to file suit. And they face towering hurdles. One is the shield of sovereign immunity that states cloak themselves in to protect themselves from lawsuits. A state would have to waive that immunity to allow a suit. Then the falsely accused would have to demonstrate his actual innocence. This means providing smoking gun proof that a district attorney rigged evidence with the intent to frame him. This almost never happens. Most wrongful convictions are obtained through alleged voluntary confessions, a verdict by an impartial judge or jury, eyewitness mistakes, and inadvertent misstatements of fact.

DAs chalk up wrongful convictions to a trail of unintentional errors and insist that no legal wrong was committed. In other words, the wrongful conviction and jailing is a moral wrong and injustice, but it is not a legally recognizable injury. They rarely admit they prosecuted an innocent man, and even when they approve a release after near ironclad evidence that the prisoner was wrongfully convicted, they rarely offer any apology for the prosecution. This is partly to preserve the legal fiction of DA and criminal justice system infallibility, and partly not to open the floodgate to a hefty payout.

The exonerated must file a claim and wait a lengthy period for the claim to be processed. And if there’s the slightest legal hitch in the circumstances of the conviction and release, the state may not pay.

The legal wrangle overcompensation can drag on for months or even years. That’s exactly what happened in the case of the Central Park 5. The city played hardball with their claims for compensation. It took a new mayor willing to break the logjam and settle the case to finally resolve that part of it. Still, there were loud shouts from some quarters including Trump that the 5 men should not have gotten a nickel and that they were still probably guilty.

In the states that don’t offer payment for wrongful imprisonment, the exonerated must file suit. This takes months to resolve and they face tough odds.

Money, of course, cannot substitute for the torment of being wrongfully jailed. It can’t restore careers, jobs lost, and the huge sums that are spent on legal fees to prove innocence. It can’t repair the wreck of families shattered. It can’t make up for the years that the children of those falsely accused grew up without their fathers to nurture and mentor them to adulthood. And it certainly can’t wipe away the scarlet letter of incarceration that’s imprinted even on the falsely accused. The Central Park 5 case is horrific proof of that.

Earl Ofari Hutchinson is an author and political analyst. He is the author of Why Black Lives Do Matter (Middle Passage Press) He is a weekly co-host of the Al Sharpton Show on Radio One. He is the host of the weekly Hutchinson Report on KPFK 90.7 FM Los Angeles and the Pacifica Network.

The Origins of the Lost Cause Myth

The Origins of the Lost Cause Myth
We Need Your Support — Donate, Share, Sign-Up Ways to Support