You Are Here: Home » Commentaries/Opinions » The COVID-19 Crisis Could Be a Greater Crisis for African Americans 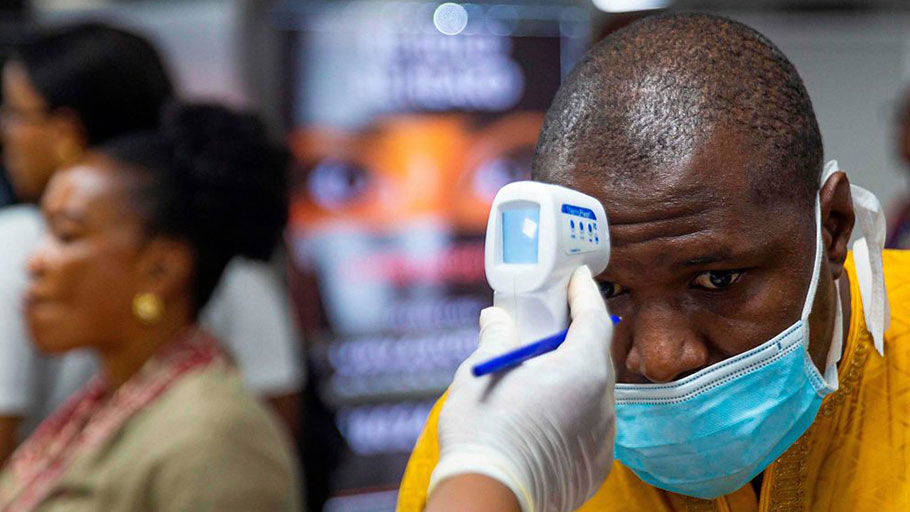 The instant the first reports came in that COVID-19 is a new, aggressive, and especially lethal viral infection, the question was: will this pose an even greater health menace to African Americans? This was the first question about testing: will Blacks have ready access to screening and testing? Will the treatment care and facilities be readily available in poor and underserved Black communities? Will medications and a vaccine when developed be readily available in the same communities? The answers weren’t forthcoming in part because public health officials are still into unchartered territory with the virus. But in greater part because of the past and present still gaping disparities in health care for Blacks.

Scientists, medical practitioners and health experts are in general agreement and warn that COVID-19 or the novel coronavirus, does aggressively attack the respiratory system and is much more virulent than other flu strains. They agree that diabetes, kidney and heart disease, and other chronic illnesses all compromise the immune systems of individuals. Medical experts have coined the term comorbidity when there are multiple risk factors that greatly magnify the risk of death from a malady such as a virus. And when a virus, such as COVID-19, is multiple times more lethal than known viruses, the problem become not just a problem, but a ticking medical time bomb for the highest at-risk groups.

Each of these high-risk conditions read like the standard checklist of chronic medical maladies that African Americans suffer the greatest incidences of and are less likely than other groups to have comprehensive care and treatment for. Civil rights leaders and African American medical groups raised concern that the heightened risk demands even greater focus on the highest risk group. However, merely sounding the warning doesn’t guarantee special attention that the warning will be heeded.

This is not a small point. Countless studies that have examined implicit and blatant racial biases of doctors in treating Blacks with severe maladies versus treating whites. Studies confirmed that many Blacks at high medical risk were far more likely to die from the illness than whites even after adjusting for age, sex, insurance, education and the severity of the disease.

The COVID-19 risk to Blacks is further heightened by the paucity, and the gross underfunding of, public health clinics and other testing and treatment facilities in poor and minority communities. Then there’s the cost. The estimate is that COVID-19 tests cost between 35 and $40. That is assuming testing facilities are available. For low income persons, this is a cost that is a major barrier to testing.

The COVID-19 crisis, then, has cast another troubling glare on the health disparity issue. Blacks make up a wildly disproportionate number of the estimated 50 million Americans with absolutely no access to affordable or any health care. The majority of black uninsured are far more likely than the one in four whites who are uninsured to experience problems getting treatment at a hospital or clinic. This has had devastating health and public policy consequences. According to a study by the Joint Center for Political and Economic Studies, Blacks are far more likely than whites to suffer higher rates of catastrophic illness and disease, and are much less likely to obtain basic drugs, tests, preventive screenings and surgeries. They are more likely to recover slower from illness, and they die much younger.

The blatant abuse and racial disparities in the health care system has had yet another devastating consequence. More Blacks distrust the medical system. So, when a crisis such as the COVID-19 potential epidemic strikes many Blacks are reluctant to submit to tests and screening—even when accessible and at no cost.

The answer to the COVID-19 threat is the same as with any other major health threat. That is to ensure that the same quality and immediate testing and screening facilities are available in poor Black communities as elsewhere. That’s in addition to the continual promoting of the standard preventative measures to the general public from washing hands to avoiding major gatherings. Public officials should craft PSA messages and other promotional spots encouraging testing for those especially at high risk from conditions and for those who experience any symptoms. The point again is that health treatment disparities is not just a major health threat to African Americans but to all. The COVID-19 threat is no different.

The good news is that the House Congress will extend Medicaid coverage to provide COVID-19 testing at no cost. There almost certainly will be some cash payments to millions of Americans affected by closures and to defray health costs. Now the task is to ensure that the testing facilities are readily available and there is a concerted push to make sure the word about where those facilities are is aggressively messaged in underserved communities.

COVID-19 is a colossal tragedy and threat. But it’s also an opportunity to tackle anew a long-standing demand. That’s that health care and treatment is equitable, affordable and accessible for poor African American communities as for any others.