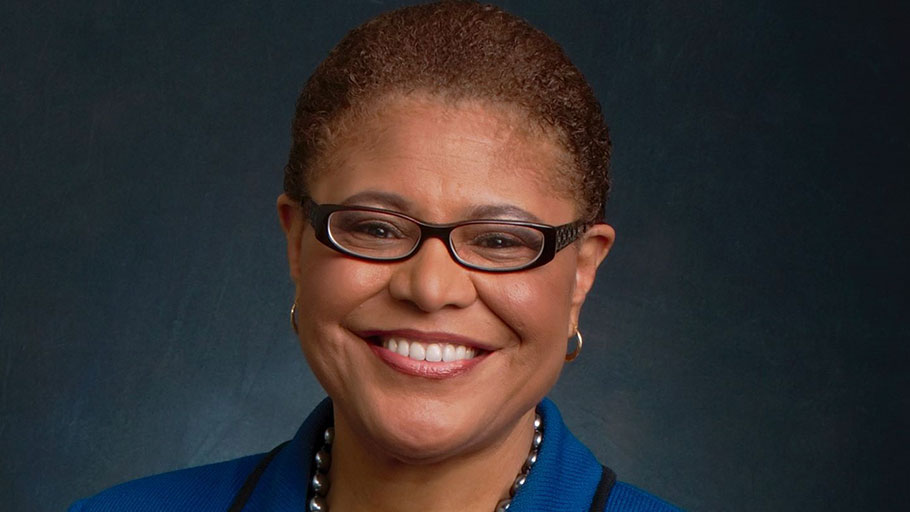 The discussion also included the coronavirus’ impact on the prison population and the homeless.

“Even though we’re in a crisis, we can’t lose momentum,” Bass stated in kicking off the one-hour discussion.

Led by the efforts of the CBC, Congress has moved two coronavirus stimulus packages that guarantee free testing for all Americans as well as an expansion of paid sick days for many workers.

The legislation includes funding to support sick workers and those caring for children out of school because of the coronavirus response.

It also includes money intended to expand programs for workers who have encountered layoffs, including additional funding for states’ unemployment programs.

The bill directs $2 billion to state unemployment insurance programs and $1 billion to expanding access to programs like SNAP, WIC, and the emergency food assistance program throughout the coronavirus pandemic.

Bass told reporters that the House is currently working on a third bill.

“It’s hard to believe, who would have ever imagined,” Bass noted about the pandemic. She called the 2020 Census and the upcoming presidential election “more important now than ever.”

“We’ve called for extra resources,” Bass said. “The 2020 election is a concern as we watched the governor of Ohio cancel the primary despite a court order. In our third package, we’ve requested money for both issues.”

Dr. Ebony Hilton, who works at the University of Virginia Anesthesiology Department in the intensive care unit, operating room, and outpatient surgery with a sub-specialty in critical care, said it’s vital that Americans understand the danger of coronavirus.

“No one person has ever been exposed to it to provide any type of immunity. Our body hasn’t seen it before. It’s spread like the flu in air droplets. But, the coronavirus is more contagious and more deadly than the flu.

“Every year, 56,000 people die from the flu in the United States. At this time, given the rate that we are seeing, the Centers for Disease Control and Prevention and the World Health Organization estimates that 1.7 million Americans will not see the year 2021.

“Also, we hear that it’s older people who are affected the most. That’s not true. Approximately 40 percent of all hospitalizations in the United States are younger than 55. Twenty percent are ages 20 to 44. Also, if you live in a crowded city where many Black and Brown people do, you’re particularly at risk.”

Another concern raised by Dr. Hilton is the way emergency rooms have tended to treat people.

“The three W’s is what keeps you safe in America: White, Wealthy, and Womb-less – meaning not a woman,” Dr. Hilton stated.

Bass added that one of the stimulus packages passed by the House included $5 billion for states to address the needs of the homeless. The congresswoman pressed media members to ask local officials about those funds to ensure they were correctly used.

“What I’m worried about is how does legislation actually gets to the streets. [Reporters] can tell local officials that the federal government passed a measure that included $5 billion to address the homeless situation, so where is it in my state? Where is it in my city?” said Bass.

“There’s funding also to address the prison population,” she added.

This article was originally published by the National Newspaper Publishers Association.