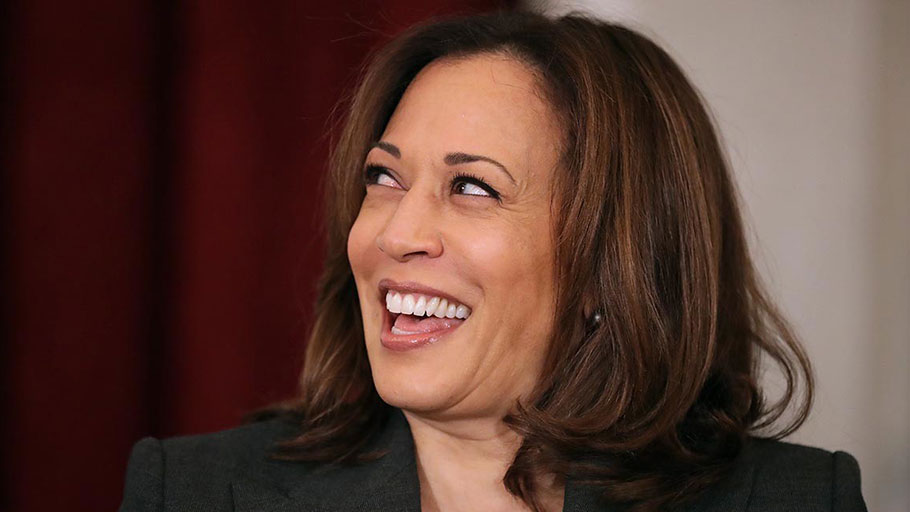 By Dr. Julianne MalveauxDecember 10, 2019No Comments

California Senator Kamala Harris (D) threw her hat in the ring for the Democratic nomination for President before more than 20,000 people in Oakland, California. She made the announcement on the official Dr. Martin Luther King holiday, January 21, 2019. She jumped into the race with enthusiasm, and many had high hopes for her. Unfortunately, she suspended her race basically because she lacked resources. Negative media coverage, perhaps informed by race and gender bias, along with rumors of discord in her campaign were being circulated widely. While I was sorry to see Senator Harris exit the field, I’m still a fan, and I think she is still a winner.

Harris has three more years in her Senate term. Until 2022, she can continue to slice and dice witnesses in the Senate, advance legislation “for the people”, as her campaign slogan suggests, and solidify her base in California. Hopefully, then, she can be reelected and look at Presidential possibilities in 2024 or 2028. And she can use her most recent experience to guide her in her next national campaign. Few candidates for President collect the nomination on their first time out. President Barack Obama was an exception, but this is Vice-President Joe Biden’s third bite at the apple, and many (including Bill Clinton)) tried at least once before winning.

Kamala was the third Black woman to vie for the Democratic nomination. Shirley Chisholm’s historic run in 1972 inspired Black women all over the country. She was the first Black woman to sit in the United States Congress, and is well known for her motto, “unbought and unbossed.” She made it to the convention floor with 152 delegates, some who had been pledged to Hubert Humphrey until he released them. Chisholm said she ran because she had the “sheer will and refusal to accept the status quo.”

Carol Mosley Braun, the first Black woman to serve in the United States Senate, attempted a presidential run in 2003 and dropped out in early 2004. John Kerry ended up with the Democratic nomination that year, but thanks to Republican dirty tricks, the electoral count wasn’t even close. Mosley Braun had a handle on the issues, especially issues about women’s financial security. But she had neither the resources nor the support to make it to the convention.

Now we have Kamala Harris, a former prosecutor and California Attorney General who burst onto the Senate scene with skills and focus. Few will forget the way she made Attorney General Jeff Sessions look like a bumbling fool. And her cross-examination of Brett Kavanaugh was masterful. As she crisscrossed the country, she inspired Black women and girls, and others. Indeed, she garnered the support of Higher Heights, a Black women’s PAC that endorsed her in early November, despite her low polling numbers. I was saddened to see Kamala leave the race. I would love to have seen her debating 45. I bet he wouldn’t have rattled her the way he pushed Hillary off her game. I’d like to have seen her with a smaller group of Democrats so that everything didn’t seem so rushed, and people could answer questions more expansively. Kamala’s’ withdrawal from the race is not her loss but the nation’s. The way we are going, the next debate will be a white-only affair unless Tulsi Gabbard or Andrew Yang qualify.

Kamala Harris is still a winner. Like Shirley Chisholm and Carol Mosley Braun, she refused to accept the status quo. Her withdrawal from this race is not the end; it is a new beginning for the tenacious Senator who will undoubtedly continue to fight “for the people.”