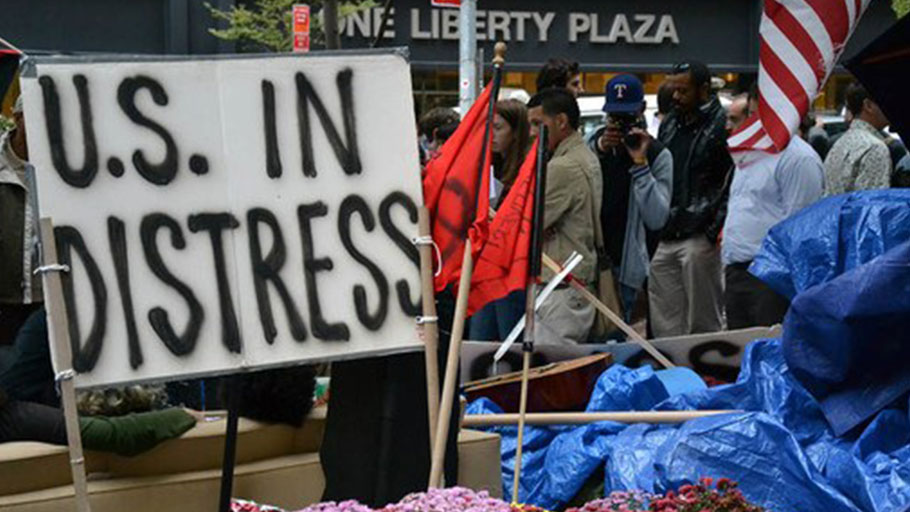 The U-Turn That Made America Staggeringly Unequal

You Are Here: Home » Blog » Editors' Choice » The U-Turn That Made America Staggeringly Unequal

Wealth in America has concentrated — and dramatically so — over the past four decades. Since 1980, note wealth researchers Emmanuel Saez and Gabriel Zucman, the top 0.1 percent share of the nation’s total wealth has more than doubled, from under 10 percent in 1980 to over 20 percent today. In a nation of over 125 million households, just one ten-thousandth of those households — some 12,500 — now control over 10 percent of our wealth.

But can numerical abstractions like these help us truly grasp the reality of the inequality that’s overtaken America? Or are these numbers too, well, abstract?

Let’s come at this from a slightly different angle. Let’s look at actual wealthy American families.

Forbes magazine has been annually spotlighting our nation’s 400 largest fortunes since 1982. By comparing the 1982 and 2019 Forbes listings, we can get a remarkably vivid picture of how America’s wealthiest families have fared over recent years. We can even use the Forbes data to help us compare how the grand fortunes of the original and today’s Gilded Age have unfolded.

The inaugural Forbes wealth list in 1982 conveniently included wealth numbers for two sets of intergenerational wealth dynasties: those whose fortunes had taken root before 1900 — clans like the Rockefellers and the Du Ponts — and those whose fortunes blossomed much closer to 1982, like the Waltons of Walmart and the Mars candy empire. The 2019 Forbes list, in turn, offers up numbers that help us trace how that second set of dynasties has evolved.

With all this information, we can compare the fate of the Rockefellers and Du Ponts between the original Gilded Age and 1982 to the fate of the second set of intergenerational wealth dynasties between 1982 and today.

The comparison couldn’t be starker.

In 1982, the old-line Rockefeller and Du Pont families dominated the initial Forbes 400, with 13 Rockefellers and a stunning 27 Du Ponts making the list. The 13 Rockefellers listed by Forbes held a total wealth of $2.85 billion. The Du Ponts appearing on the 1982 Forbes list held $5.13 billion. In 1982, Forbes estimated that all the then-living descendants of Pierre Samuel duPont de Nemours, some 1,700 of them, held a combined fortune of $10 billion.

By 1982, the Rockefeller family share of the nation’s wealth had dropped by over 90 percent, to less than one-twentieth of 1 percent of America’s total wealth.

Similarly, in 1929, the country’s total wealth sat around $350 billion. At that time, the stock of the DuPont corporation remained privately held within the Du Pont family, and that makes valuing the net worth of the Du Ponts difficult. But we do know that the DuPont corporation held a 36 percent stake in General Motors at the time, a company then worth $3.1 billion. If we add in the value of the DuPont chemical empire, the Du Pont family share of the nation’s wealth in 1929 must have been at least 1 percent, much greater than the one-tenth of 1 percent share the Du Ponts held in 1982.

In other words, at America’s economic summit, the wealth of the original Gilded Age’s richest de-concentrated in the mid-20th-century decades before 1982.

Unfortunately, by the early 1980s, America’s wealth had begun to concentrate all over again.

The Institute for Policy Studies Billionaire Bonanza report last year identified 15 family wealth dynasties whose richest individuals appear on both the 1982 and 2018 Forbes 400 lists. Among these families, three — the Walton, Koch, and Mars dynasties — have seen their wealth increase nearly 6,000 percent since 1982. These three dynasties now hold a combined $348.7 billion.

And what about the share of the nation’s wealth these families hold? The wealth share held by the Walton, Mars, and Koch families has increased 29-fold, 9-fold and 11-fold, respectively, since 1982.

That didn’t happen with the Rockefeller and Du Pont fortunes. John D. Rockefeller’s grand private fortune dispersed into ever smaller chunks, first to his children, then to their children. By the third generation, no individual Rockefeller had a personal fortune — and a share of the nation’s wealth — anywhere close to the fortune and wealth share that John D. personally held.

Compare that to the trajectory of the Walton family fortune after 1982. The three living children of the legendary Sam Walton each hold a share of the nation’s wealth over eight times the share held by their old man in 1982. Lukas Walton, Sam’s grandson, sports a net worth of over $18 billion and a share of American wealth nearly triple the wealth share his grandfather held.

Will the current trajectory continue? Will our richest families hold ever increasing shares of the country’s wealth, with individual members of these families each holding wealth far greater than their fortunate forbears held? A generation from now, will Sam Walton’s great-grandchildren own a larger share of the nation’s wealth than Sam did in 1982?

Unless American tax policy changes, the answers to those questions will all be “yes.”

So let’s change that policy. Let’s tax our billionaires!

Bob Lord is a veteran tax lawyer who practices and blogs in Phoenix, Arizona. He’s an associate fellow of the Institute for Policy Studies.

This article was originally published by CounterPunch.