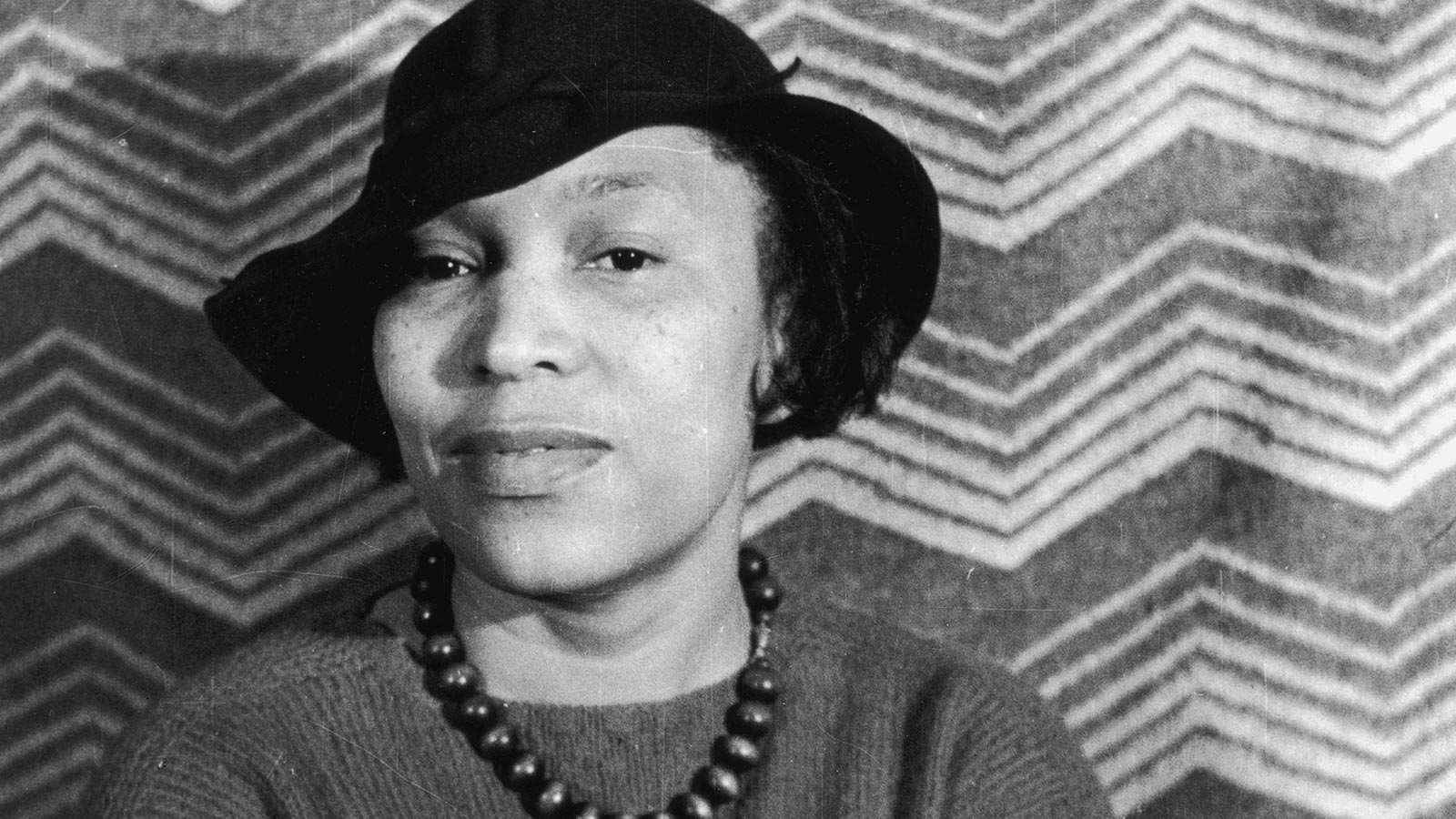 By Dr. Julianne MalveauxMarch 1, 2022No Comments

Zora Neale Hurston has been calling out to Black women since she started writing, collecting our folklore, insisting on our presence.  She was a literary sensation during the Harlem Renaissance, worked closely with Langston Hughes until they fell out, studied anthropology, and was a groundbreaking folklorist.   She wrote several books, but the universal favorite might be Their Eyes Were Watching God, a 1937 book so firmly established in the literary canon that Time Magazine (2005) and the British Broadcasting Corporation (2019) listed it as one of the top 100 novels of all time.

There is something about the protagonist of Their Eyes Were Watching God, the thrice-married Janie Crawford, whose quest for independence and an “ideal” love collides with the gender norms of the times.  She is married first to an old man, then to a blustering politician and entrepreneur, then to her “true love” who can be cruel, jealous, and a batterer.  Set in Hurston’s hometown of Eatonville, Florida, the book is riveting, classic, challenging, and soaring.   The author, much like the book, quickly occupies our attention.

Or does she?  It amazes me that Zora Neale Hurston is rarely mentioned with all our talk of the Harlem Renaissance.  Is it because her peers, Black male writers whose own professional envy, combined with the politics of respectability, tepidly reviewed it when released?  The novelist Richard Wright trashed the book, as did other towering figures of the Harlem Renaissance.  In contrast, Dr. Carter G. Woodson, the founder of Black History Month, offered a vital review.  In any case, Hurston was toppled from her literacy perch when a baseless rumor was given traction and exposure.   Never well-paid for her work, she entered a welfare home toward the end of her life.  She died of heart disease in 1960 and was buried in an unmarked grave.

Alice Walker bristled at the ways the men of the Harlem Renaissance treated Zora Neale Hurston, attempting to fit her round peg of independence, wit, and creativity into their square hole of patriarchy.  She tracked down Zora Neale’s burial site and placed a marker on her grave.  She said that “a people do not forget their geniuses” and wrote a piece in Ms. Magazine, Looking for Zora (1975), that raised awareness about Hurston’s life and work.  Zora called Alice Walker to find her and acknowledge her resting place.  Since then, she’s drawn others into her spunky, irreverent, and brilliant circle.

The author and professor, Valerie Boyd, just made her transition (on February 12).  Boyd was a journalist and insightful writer whose book, Wrapped in Rainbows:  The Life of Zora Neale Hurston, is the definitive biography of Zora Neale Hurston.  It traces her from birth to death, from the highs of the Harlem Renaissance social scene to the lows of the depression resulting from the untrue allegations.  The book feels like a rainbow, like its title.  It’s pure Zora.

Valerie Boyd will go down in history for her writing, especially her Zora Neale Hurston work.  She will be known for more than Zora.  She had edited Alice Walker’s journals in a book that will be out soon.  Titled Gathering Blossoms Under Fire, the collected journals will be a unique view into the mind of one of our nation’s most influential writers.

Did Zora Neale Hurston introduce these women?  Did she nudge them toward working with each other?  Did she encourage the intimacy that must have come when two Black women joined by Sister Zora must have emerged?

When Zora calls, you better answer.  At least that’s what Rae-Ama Camylle Chesney learned when, as a storyteller, she found much to say about Zora Neale Hurston.  She travels thousands of miles, visits historic sites, and sits quietly to listen, she learns Zora Neale Hurston and describes herself as a Zoraphile.  Chesney gives lectures and presentations about Zora Neale Hurston, but she also writes letters to Zora.  Her book, titled Dear Zora, is a work in progress now available online.  Chesney will release a hard copy of Dear Zora this year.  This form of literary entrepreneurship, which encourages the reader to be part of the process, is unique.  Reading briefly through the letters, I am struck by the ways Chesney is in a timeless, virtual conversation with Zora Neale Hurston about things like “integration,” the Brown v. Board of Education decision, and more.  Zora died in 1960.  What would she say today?

We can’t afford to throw away our geniuses, especially not Zora Neale Hurston.  In this Black History month, we must celebrate Zora, but also the women who heeded her call – Alice Walker, Valerie Boyd, and Rae-Ama Camylle Chesney.