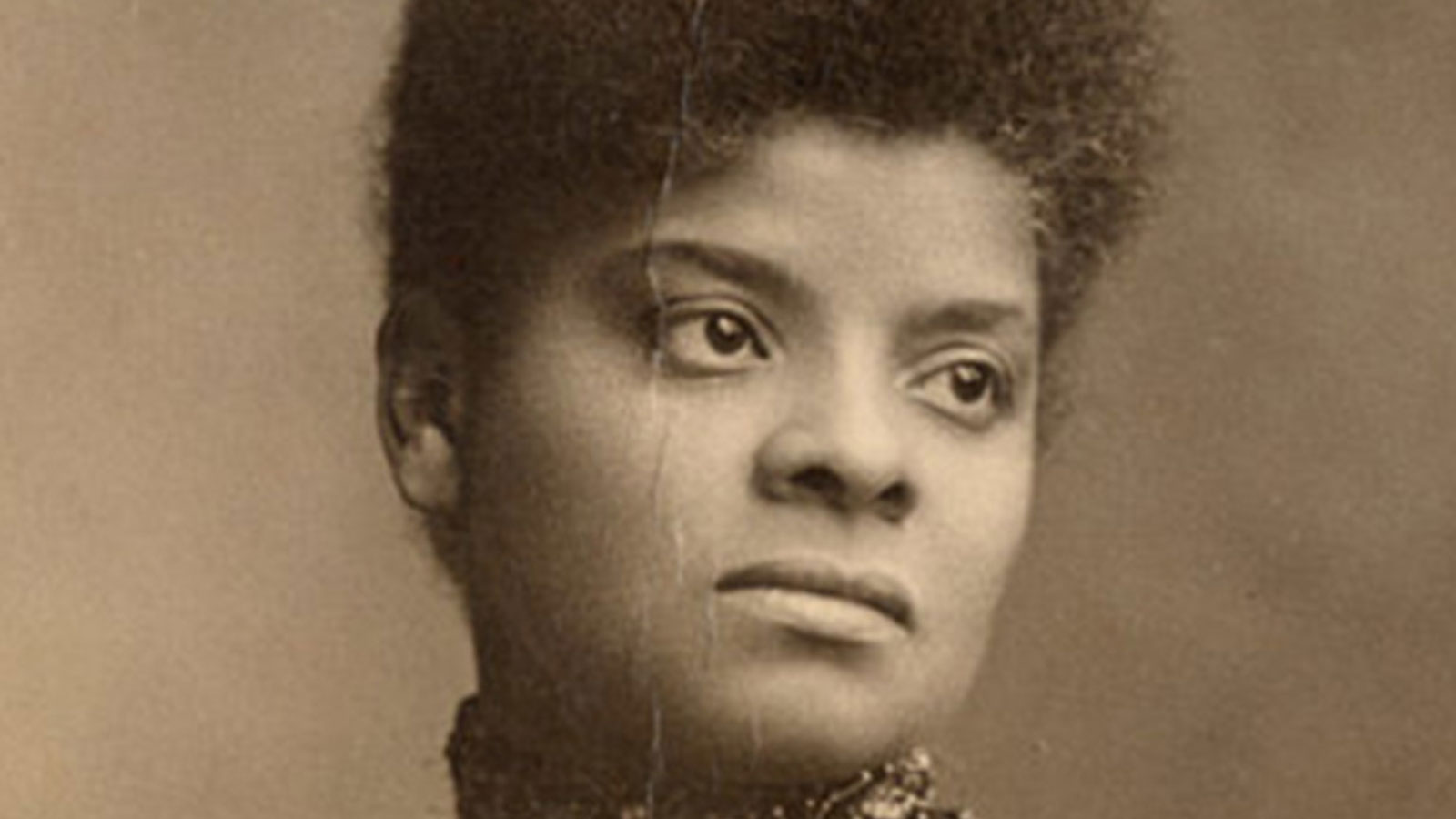 Ida B. Wells and Kawaida Womanism: Considering the Mission and Meaning of Woman

You Are Here: Home » Blog » Commentaries/Opinions » Dr. Maulana Karenga » Ida B. Wells and Kawaida Womanism: Considering the Mission and Meaning of Woman

This offering is in rightful homage and deep appreciation, not only for Nana Ida B. Wells-Barnett, but also for the awesome and audacious women of Us, the Malaika and Matamba, the Simba and Senut who created and put forth in thought, dialog, discourse and practice what we now call Kawaida womanism. It is they who engaged  in the practice of Kawaida womanism before it was given its name and challenged the Simba, Saidi and Senu, the men of Us, to feel, think and act in ways more worthy of them and more in line with the best of our culture and Kawaida philosophy. They asked us to rid ourselves of oppressive practices of sexism in all its forms and to prefigure in our practices and relations the good world we all want and work and struggle together so hard to bring into being.

Here in this month and historical moment of uplifting and raising Black women, we raise our beloved, beautiful, brilliant, sacred and soldier sisters along with the models and mirrors they have learned so much from and whose legacy they seek to emulate by the ways they live their lives, do their work and wage their struggles. And we focus on the women, not in opposition, erasure or superiority to the men, but always in principled and personal interrelationships, stressing each of their own weight and ways and the special and particular gift each gives in unique and equal measure and meaning.

Indeed, Seba Tiamoyo Karenga and Seba Chimbuko Tembo, Kawaida womanism’s major theorists in defining it, state that “Kawaida womanism is culturally grounded thought and practice directed toward the liberation of African women as an integral and indispensable part of the liberation of African people as a whole.” And this liberation “includes not only freedom from oppression, but also the creation of conditions necessary for the well-being, development and flourishing of women, men and children in family, community, society and the world.”

Moreover, Seba Tiamoyo and Seba Chimbuko state in particular, “Kawaida womanism involves struggles directed toward reaffirming the equal dignity and divinity of African women, achieving and protecting their human and civil rights, and increasing their capacity to live free, full and fulfilling lives in relationships of reciprocity and good.” In this regard, Kawaida womanism seeks to provide and practice an African-centered womanism as a culturally distinct, self-determined and self-standing intellectual and social project, not needing to turn or refer to others for vision, values or validation.

Therefore, Kawaida womanism seeks sources and support from African culture, continental and diasporan, ancient and modern for its intellectual and practical initiatives. The Kawaida term womanism, then, is not taken from Alice Walker’s womanish womanist which she defines as “a feminist of color” and thus a darker form of White feminism, i.e., purple v. lavender. Rather, the Kawaida term womanism derives from Ida B. Wells’ category and concept of “womanly” woman and her use of it in defining the mission and meaning of woman in an expansive and open-textured way. Thus, in this and her other intellectual work and personal and social practice in a wide range of activities, she provides a critical source of Kawaida womanism. And we pay rightful homage to her and the enduring model, mirror and legacy she left us.

It was not only in her incisive and insightful writings that Nana Ida B. Wells Barnett defined the mission and meaning of woman and womanhood, but also in the way she lived her life, did her work and waged her personal struggles and participated in the collective liberation struggle of her people, the African American people. For she, like other great leaders and activist intellectuals at all levels realized that ultimately the criticism of the pen must be joined with the criticism of practice, corrective and transformative practice. And that practice is none other than righteous and relentless struggle on every level of life.

Born in the hell and horror of the Holocaust of enslavement to James and Elizabeth Wells, she was raised in resistance by her father and mother who taught her the importance of education, the foundational value of family and community, and the moral imperative of righteous and relentless struggle. She comes into her own in the midst of struggle, resisting both racism and sexism, wherever she found them. At the age of 16, Nana Ida assumes the responsibility of guardianship for her surviving siblings after the tragic death of her parents and infant brother during a yellow fever epidemic. She also continues school, teaches and counts on her grandmother and aunt to assist her in childcare and to ground her in the best of our culture,  reaffirming the foundational value of family and community.

She was also an activist and a wife and mother, having  married and produced four children with the distinguished lawyer and rights activist, Ferdinand L. Barnett. And she writes of having to balance different but interrelated duties without neglecting or being inadequately attentive to each. Nana Ida is also famously a journalist, writer, researcher and anti-lynching activist with an unbreakable courage and commitment, defying death to do research, speak truth to the people and to power and organize to resist the savagery of lynching, racism and other oppression in its various forms. She defiantly asserted that “the way to right wrongs is to turn the light of truth on them.” However, she knew this was a first step and ultimately requires an active resistance at every level. She thus was an activist in a wide range of fields, including racial justice, civil rights, human rights, anti-lynching activism, voting rights for women, economic boycotts, political organizing and confrontation, and the advocacy and practice of armed self-defense.

Yet, she is in the context of her time also concerned with considering, defining and the fulfillment of the mission and meaning of woman and womanhood. Her writings vary in definitions with some commentaries in contradiction with her best ideas and constant practice. When this occurs, it seems to be focused around what all Black women had to deal with: defending their reputation, reaffirming their moral character, and continuously waging heroic struggles, as Nana Anna Julia Cooper wrote, “to keep hallowed their own persons.” Thus, there is a constant need and will to defend the moral character and bodily sanctity of the Black woman while not restricting or restraining her to domestic life without the possibility and support for choice among many paths to pursue in coming to the fullness of themselves.

In her important article titled, “Women’s Mission” (1885) written in Thomas Fortune’s paper, New York Freemen, Nana Ida B. Wells outlines essential aspects of her concept of the mission and meaning of being woman in the world. Some of the context is particular to her faith, Christianity, but her specific definition of women’s mission on earth speaks to central concerns and concepts relevant and  resonant in today’s dialogs and discourse on being woman, especially Black women, African women in the world.

The anchoring idea in Nana Ida’s conception of the mission and meaning of being woman in the world is agency, the capacity and will to choose and act in the interest of good in the world. It is by social context and self-determination, a liberational understanding and message. She asks, “What is or should be woman?”, and dismisses trivialities, self-masking, self-deforming, flesh-and-fashion focus, soullessness and selfish self-presentations and practices as ultimately unworthy of woman. And she calls instead for “a womanly woman” with inner strength, intellectual and spiritual brilliance, ethical grounding, a world-encompassing consciousness and mission, and a steadfast commitment to carry it out against all savage challenges and seductive changes.