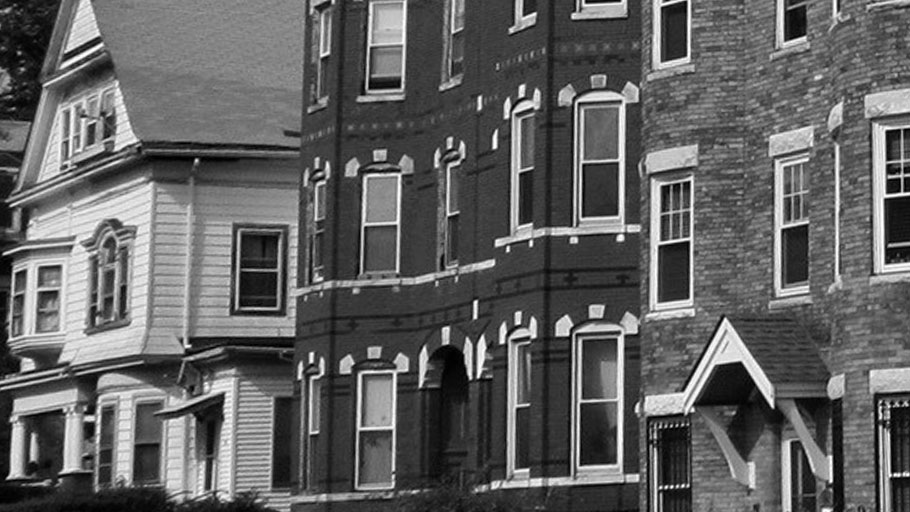 Get Out: Toward an Honest Commitment to Racial Justice

You Are Here: Home » Blog » Commentaries/Opinions » Get Out: Toward an Honest Commitment to Racial Justice

Several weeks ago the Boston Globe published an opinion piece by editorial and staff writer David Scharfenberg in which he called for an “honest” commitment to racial integration. He dismissed the “gauzy 1963 version” of integration, insisted that “harping too much” on its virtues “can feel paternalistic,” and lamented the “disastrous busing experiment of the 1970s” which proved that “forced integration…simply doesn’t work.” Even so, he declared integration the “single most important racial justice strategy we’ve got” and a “good start” toward “true racial reconciliation.”

There are several basic problems with the article. First, it conflates race and class, creating a set of contrasts between black/urban/poor and white/suburban/affluent, using them interchangeably, without definition, assuming readers share the implied associations. Second, and sadly common in such conversations, is a presumption that blending toward whiteness is the desired and only goal of integration. Scharfenberg certainly doesn’t state this, but his standards of success clearly reside at the white/suburban/affluent end of the spectrum. Finally, although Scharfenberg seems to dismiss earlier efforts at integration as idealistic, romanticized, or “forced,” the solutions he invokes throughout the article are actually a single strategy that has been applied for decades and has failed miserably as a tool for racial justice: sending people from the cities to the suburbs. And in making this choice he fails to see that there are structural factors at work — like the “upwardly mobile whites pushing black working folk out of their neighborhoods” — that make it difficult to distinguish between forced and voluntary moves.

Scharfenberg cites “landmark research” that demonstrates “moving low-income families to thriving neighborhoods represents our best shot at breaking intergenerational poverty.” Such mobility offers “low-income families the high-functioning schools, safe streets, and clean parks that we know can change lives” (emphasis added.) He applauds a program in Baltimore as providing “practical ways to integrate white, wealthy suburbs.” In this program, recipients of federal housing vouchers learn “how to repair their credit, organize their housing search and care for hardwood floors.” They then “pile into minivans” to tour target neighborhoods “acclimating to their new communities before they take the plunge.” That plunge will land them in neighborhoods replete with “pools where their sons and daughters play…spacious living rooms where they celebrate holidays and line up family pictures on the mantelpiece.” So impoverished urban blacks don’t celebrate holidays or display family photos in their homes?

The new neighborhood is, of course, in contrast to the “tales about their old lives…stories of shielding their families from home invasions and steering their children past local drug dealers.” Sadly, he laments, there were those who “drifted back to their old neighborhoods.” Of course those who turn their back on such idyllic settings would have to “drift” rather than choose to return home.

What are we doing for all those affluent whites moving into the city? Are they prepared for the rigors of urban life that await them? Although they may come well-versed in the care of hardwood floors, can they hoop on asphalt? Maybe they should be “piled into minivans” for tours of their new neighborhoods. Then again, maybe we could sit them all down for private screenings of Get Out in the hopes they would become “woke” (a term Scharfenberg himself appropriates).

In terms of education, the article heralds the METCO program, which for decades has provided access to suburban schools for Boston and Springfield students. Leaving aside the long commutes and reported isolation students feel, the program has succeeded in creating improved educational experiences for thousands of students. “Students in segregated schools,” he writes, “have less access to experienced teachers and advanced courses.” The language here reveals another subtle bias toward whiteness. It’s as if the term “segregated” does not apply to the suburbs. Urban schools of color are segregated; affluent white suburban schools are simply the appropriate and desirable targets of integration.

Are we talking about race or poverty? Does exposure to whites by moving to the suburbs cure poverty? If so, how? Is it the exposure to whites or to what whites have? With the proper preparation (those hardwood floor lessons), do the benefits of whiteness rub off or do people become less poor by moving to the suburbs? Oh, no, we aren’t thinking it will catapult families out of poverty; it’s about the kids. The mobility will accrue to them. By desegregating suburban schools their grades and test scores will skyrocket and they will head merrily to college. They “will earn more money than those who remain in high-poverty neighborhoods.” So those who remain in poverty are more likely to stay poor than those in “thriving neighborhoods.” But the most revealing comments are those of journalist Nikole Hannah-Jones who describes the dilemma facing black parents: “If you want what white children get, you have to be where white children are.” Does this constitute racial justice?

For Scharfenberg the answer is funneling more children into METCO and building more multi-family housing in the suburbs. The pathway forward for the fortunate few is access to what we know can change lives — in the suburbs. But what about all of those left behind? Where is the justice in a public policy that enshrines luck as the basis of access to a public good? How does replacing the luck associated with the zip code of one’s birth with the luck of moving up a waiting list or winning a lottery create a more equitable society?

This year is the 50th anniversary of several critical moments in our history. We mark the assassinations of Martin Luther King Jr. and Bobby Kennedy, but also the release of the Kerner Commission Report, the passage of the Fair Housing Act, and the Poor People’s Campaign. In our society, which prizes the individual above all else, we will certainly observe the first two with great ceremony. But what of the other three? Those will be much more solemn observations as we have come to recognize we are still frightfully divided by race as reported by the Kerner Commission, residentially segregated by race despite the Fair Housing Act, and plagued by an increasingly impoverished population and racial wealth gap.

Something in our approach to these issues over the past 50 years has failed miserably and we should — we must — mark these anniversaries by demanding a new approach. Clergy and activists across the country have called for a new Poor People’s Campaign, and the Movement for Black Lives has created a vehicle for addressing racial and other forms of inequality. The Globe itself has highlighted some of the region’s failures but also held out the hope that we can do better both in terms of our understanding of race and how to address issues arising from that understanding.

We can begin by recognizing that mere proximity is not equality, whether in a gentrifying neighborhood or a diversifying suburb. We must not confuse opportunity-for-some with challenging and ultimately changing the structure of inequality. We know what makes for a healthy community and the benefits thereof. We cannot move our way out of the social problems we have created by requiring black, poor families to relocate. A racial justice approach to integration must involve a process of redistributing opportunity, not people.

The Houston Institute serves as a critical bridge between scholarship, law, policy and practice and is well-positioned to bring together critical players from many spheres to devise and implement research-based solutions and remedies.