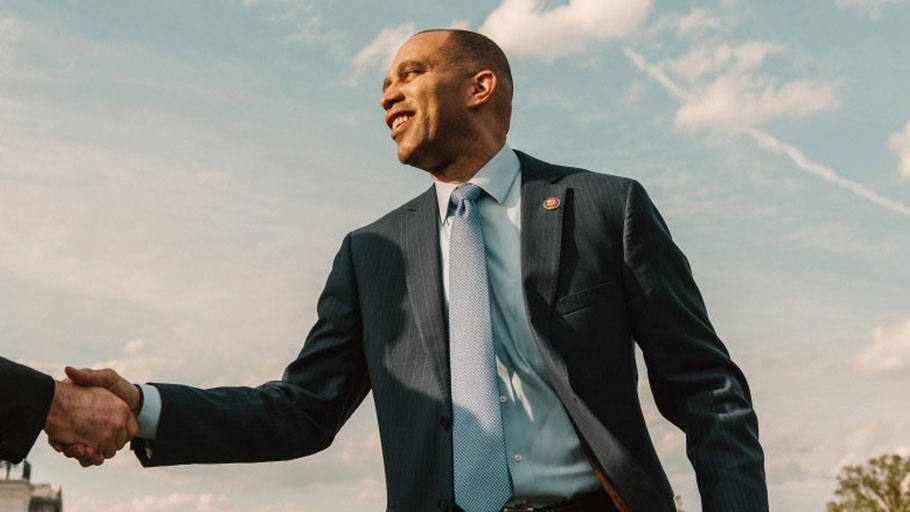 The 49-year-old will serve as an impeachment manager during Donald Trump’s Senate trial, a role that carries potential rewards and risks.

Rep. Hakeem Jeffries is getting his turn in the spotlight.

House Speaker Nancy Pelosi announced on Wednesday that the 49-year-old former corporate lawyer and self-proclaimed hip-hop afficionado would serve as one of the impeachment managers in the Senate trial of President Donald Trump, catapulting him into the national political stage as one of seven lawmakers who will make House Democrats’ case for why Trump should be removed from office.

The role, coveted by many within the caucus, means he will now be front and center during the imminent impeachment trial. Jeffries’ calibrated demeanor and proven ability to keep the party on message — he is notorious for sticking to talking points, even for a politician — are undoubtedly part of the reason Pelosi tapped him for the job, giving him the chance to elevate his profile among the millions of voters who will inevitably tune in to watch. Sen. Lindsay Graham has credited his turn as impeachment manager during former President Bill Clinton’s Senate trial in 1998 as having “launched his career.”

But for Jeffries, who likely aspires to a higher leadership role among House Democrats and who many have predicted could succeed Pelosi as Speaker, the role also carries risks. 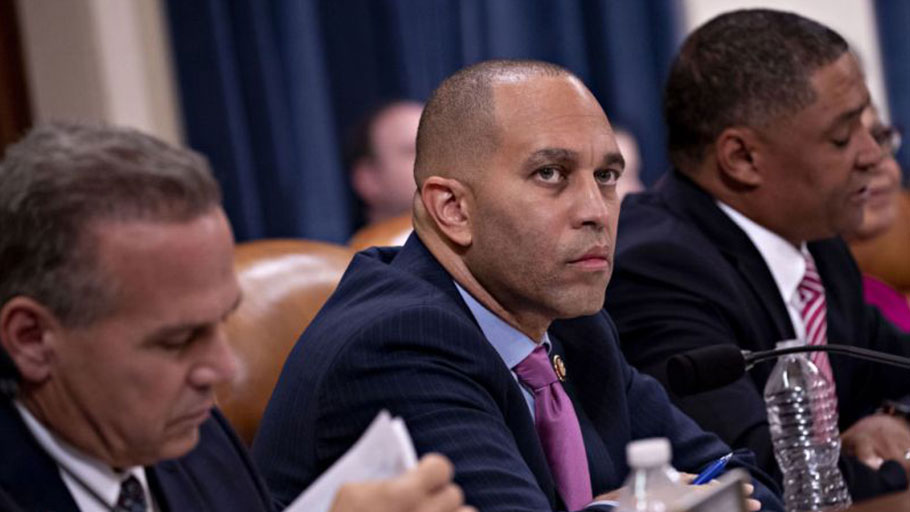 Jeffries likes to say the highlight of his time in the House wasn’t his election as chairman of the Democratic caucus, or the viral moment when he nominated Pelosi on the floor for her current position as Speaker with rap lyrics. It was working with top Republicans on Capitol Hill and the White House, including the President’s son-in-law Jared Kushner, on passing criminal justice reforms in 2018.

“The people in red districts and blue districts didn’t just send members to Congress in order to argue all day every day,” Jeffries told TIME in an interview in February. “The most important thing we can do on behalf of the American people we were elected to represent is to get things done.”

While that resolve has already been put to the test in Trump’s Washington, it may reach an apex in the Senate trial. So far Trump’s impeachment has played out almost entirely partisan lines. No one, including Democrats driving the process, is under the illusion that at least twenty Republican Senators will vote to convict Trump and remove him from office. In short, no matter what Jeffries’ talents prove to be as a prosecutor and orator in this historic event, he’s almost certainly doomed to fail.

Jeffries has been compared to Obama since his first congressional run in 2012, in no small part because of the ambition that has driven his rise through the party ranks. After just six years on the job, Jeffries was elected Democratic Caucus Chairman, the fifth highest leadership position in the House of Representatives, and has long been on the shortlist of Pelosi successors.

But, in keeping with his persona, he often declines to speculate on his future, always reiterating that he is happy in his current role. As late as Tuesday morning, Jeffries was still being coy about the prospect of serving as a manager, telling reporters he already had a day job.

Jeffries grew up in Crown Heights, Brooklyn, when it was a working-class hub and not a gentrified hipster enclave. He knew he wanted to give back to his community, but didn’t know how he could do it until 1992, after watching the Los Angeles riots following the acquittal of the police officers who beat up Rodney King. Transfixed to the television and angered by racial injustice, he decided to get a law degree and use it to run for public office.

He narrowly lost his first run for the New York State Assembly in 2000, just three years out of New York University law school. But seven years later, after flourishing as a corporate lawyer, he finally got that gig. In 2012, he ascended to the House of Representatives after effectively forcing Rep. Edolphus Towns, the district’s longtime incumbent, into retirement through a primary challenge.

For a young, driven politician, the entrenched stagnancy in the House has at times seemed impenetrable, and less than two terms into his tenure, he considered leaving. Pelosi and her top two deputies, House Majority Leader Steny Hoyer and Majority Whip Jim Clyburn, have been ensconced in their roles for nearly two decades. Other former House lawmakers, like Maryland Senator Chris Van Hollen and California Attorney General Xavier Becerra, had, like Jeffries, been anointed rising stars, only to get tired of waiting game and seize other opportunities.

When New York politicos urged Jeffries to challenge Mayor Bill De Blasio in 2017, he was seriously considering it. And then Trump was elected. “There was no more important time to be in the United States Congress,” he told TIME, saying he felt a duty to defend Trump’s “existential threat” to democracy.

Part of that defense, he realized, would be to be part of finding a way forward through the country’s deep polarization — while working at the same time to regain power in the House of Representatives. When Jeffries, along with Reps. Cheri Bustos and David Cicilline were elected to co-chair the Democratic Policy and Communications Committee, the party message they crafted became key to shaping the Democrats’ midterm win. It focused less on attacking Trump and more on issues like drug prices that impact voters’ lives and, notably, invite bipartisanship.

A member of the Congressional Progressive Caucus, Jeffries is unabashedly a liberal. But he prides himself on his ability to compromise if he thinks the other side is serious. He’s helmed the passage of bipartisan bills through the House, most notably the First Step Act, which required him to put aside his open disdain of the Trump administration to work with Kushner. A framed copy of that bill, signed into law by the President he has compared to a leader of the Klu Klux Klan, now hangs in his office.

“To get things done in this town you need a coalition of unusual suspects,” he said. “There was a real partnership [with Kushner] that produced real results.”

Now, he and Kushner are back to working on opposite sides of the aisle, as Jeffries will actively seek to persuade Senators to cast a vote removing his father-in-law from office. Given the polarized climate in Washington, it is quite possible that Jeffries will be cast in that partisan light for the rest of his career. But it’s evidently a risk both he and Pelosi are confident will make him stronger.

After announcing the managers, Pelosi said that the group, including Jeffries, brings to the case “great patriotism, great respect for the Constitution of the United States, great comfort level in a courtroom, great commitment to the Constitution… I thank them for accepting this responsibility.”

This article was originally published by TIME.