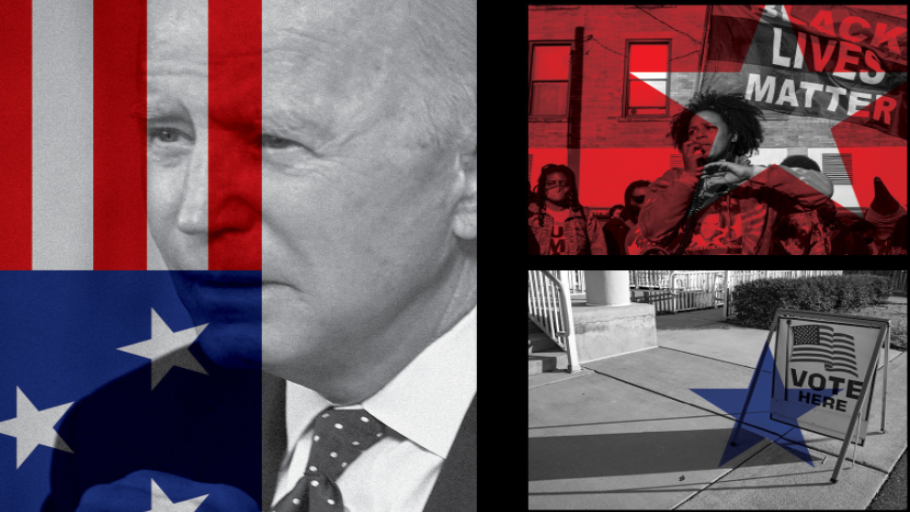 In His First 100 Days, Biden Called Out The Country’s Deeply Embedded Racism.

You Are Here: Home » Blog » Commentaries/Opinions » In His First 100 Days, Biden Called Out The Country’s Deeply Embedded Racism.

By Ryan Brooks —
Joe Biden faces more difficult days ahead, with pressure ramping up for him to do more to fundamentally change the systems that perpetuate racism and inequality.

On his first day in office, President Joe Biden declared that advancing “equity, civil rights, racial justice, and equal opportunity” were the responsibility of the federal government in an executive order. The order, which has become an integral part of the administration’s work, tasked federal agencies with assessing whether their practices perpetuate inequality and acknowledged that systemic racism has historically created inequities.

But the early days of Biden’s presidency have been consistently interrupted by reminders of the very racism and violence he’s tasked the government with rooting out — and how difficult it will be to change the systems perpetuating racism rather than just softening their effects.

Biden faces a historically intricate and overlapping number of issues to enact his agenda: a razor-thin margin in the Senate and mounting calls to drastically overhaul the rules; a hyperpolarized nation and opposition party; public disagreements with influential activists on the direction and scope of his reforms. Biden views his presidency as one that can drastically improve the lives of people of color, but his ideas of drastic improvements and how to achieve them and the progressive movement’s are often far apart.

While the administration sorts through the tangle of issues it inherited, a relentless onslaught of acts of white supremacy, extremism, and police brutality continues every week.

In March, after six Asian women were among those killed in an Atlanta-area mass shooting, a prescheduled trip to Georgia for Biden and Vice President Kamala Harris quickly shifted from focusing on the pandemic response to the prejudice Asian Americans have historically faced in the country.

Just a month later, on April 21, Biden delayed more remarks about the pandemic as former Minneapolis police officer Derek Chauvin was found guilty of murdering George Floyd. Speaking from the White House, Harris and Biden echoed the sentiments they’d made a month earlier, speaking about Black Americans historically fearing for their safety.

The administration’s jaunts between the pandemic and racial violence in these speeches are indicative of its push to address systemic racism and the long fights ahead in the polarized and intricate political system it inherited. Those efforts have included policy proposals that target at-risk and marginalized communities. It also empowered federal agencies like the DOJ, which has increased federal oversight of police departments and launched multiple investigations under Attorney General Merrick Garland.

One hundred days into those efforts, anti-racism activists who supported Biden’s campaign say they’re motivated to keep pushing to widen the scope of the administration’s response but have grown skeptical as many proposals shift out of the White House and into Congress, where they face significant roadblocks.

“Joe Biden and his administration have gotten into this thinking that perhaps his administration can be a FDR-style administration that is able to leave an indelible and transformative imprint on the American economy and democracy like a real transformative president,” Maurice Mitchell, the national director of the Working Families Party, said. “When the president says that he wants to focus on structural racism, we believe him and we share from our perspective what that looks like.”

Activists have pushed back against the administration’s proposals and called for specifics on how the 40% of funding in Biden’s infrastructure plan will go toward “disadvantaged communities.” They’ve also highlighted their dissatisfaction with the policing reforms the administration has urged Congress to pass after the Chauvin verdict.

Biden has described the George Floyd Justice in Policing Act, which would ban chokeholds and create a national police misconduct registry, as the “first shot at dealing with systemic racism.” He urged Congress to pass the bill in his first joint address, but policing-reform advocates have opposed the proposed legislation.

Policing-reform advocates have criticized the bill for providing more funding for police. In a statement released following Biden’s address, the Movement for Black Lives demanded his administration take “bigger and bolder action” to protect the rights and lives of Black Americans.

A number of members of Congress and advocacy groups, including Black Lives Matter, the Movement for Black Lives, and the Working Families Party, have backed the BREATHE Act, an alternative bill that centers community-based approaches to safety by reallocating funding for police agencies.

“The status quo is reflected in the George Floyd Justice in Policing Act,” Amara Enyia, the policy and research coordinator for Movement for Black Lives, told BuzzFeed News.

Many of the advocates who spoke with BuzzFeed News acknowledge that the prospect of passing key legislative priorities remains slim under the filibuster, the Senate rule that requires 60 votes to pass most bills.

“My hope is that politics doesn’t get in the way of justice,” said Lisa Woolfork, a University of Virginia professor and organizer with Black Lives Matter Charlottesville who helped organize some of the counterprotests to the 2017 white supremacist rallies that Biden referenced in his campaign launch. “When we think about Biden’s position right now, he has both chambers. It should be a slam dunk, but nothing is slam-dunking. None of it has been easy, even though Democrats occupy a position in the majority that they haven’t in some time.”

Woolfork and other activists have long been skeptical about the reality of Biden’s messaging of unifying the country, pointing to the heightened polarization that led to Donald Trump supporters storming the Capitol. Woolfork also recalled anti-protest laws in states like Florida, which grant protections to drivers who hit protesters, as evidence that the government has a long way to go before it can eradicate white supremacy.

Susan Bro, the mother of Heather Heyer, the counterprotester killed in Charlottesville, Virginia, during the 2017 “Unite the Right” rally, said she understands Biden’s bipartisan approach toward legislation, but she’d also been skeptical of Biden’s message.

Bro said she hasn’t spoken to Biden or the White House since he launched his campaign, but she appreciated that he’d urged Congress to pass legislation about hate crimes. She was surprised when it was approved by the Senate last month.

“This seemed like a lifeboat,” Bro said of Biden’s presidency. “I think many thought that his very nature of being progressive and sort of middle of the road was going to help pull people back away from that other life raft.”

During the first press conference of his administration, Biden told reporters that he agreed with former president Barack Obama that the filibuster is a “Jim Crow relic,” a shift from his previous position. He later said he supported reforming the rule to require senators to continuously speak on the Senate floor to delay voting on a bill if there were significant blockage to passing a law. Advocates pointed to the shift as a sign that the administration was listening to concerns.

Progressive organizations and voters have been particularly frustrated with Democratic senators like Kyrsten Sinema and Joe Manchin, who still support retaining the filibuster.

Deadlock in the Senate has also jeopardized key legislation around voting rights protections. Dozens of states have introduced or passed legislation that severely restrict voting rights access, including just this week in Florida. Biden has urged on the Senate to pass the legislation to combat the swath of bills and called the new voting law in Georgia a continuation of Jim Crow policies.

On Thursday, a coalition of advocacy groups launched a campaign to demand that Biden and the Democratic Party pass voting rights protections through the For the People and John Lewis Voting Rights Advancements acts. The groups are demanding that Biden take steps to protect the right to protest and ensure that “no one else dies from racialized violence over the next 100 days of the Biden administration.”

Nsé Ufot, the CEO of the New Georgia Project, a group that has worked to register thousands of people to vote in a state that was critical to Biden’s victory, said she was pleased with the administration’s response to the introduced restrictions but “felt that there was more that could be done.”

“This is a key issue to people’s ability to participate in our elections and send people to Washington, DC, who are accountable to our communities,” Ufot said, explaining that empowering people to vote has helped create proposals like Biden’s infrastructure plan. “I know that if we are to ever get that passed, or anything that’s good for Black folks and people of color and working people in the future, we have to preserve the rights of both.”

She added, “I’m not privy to these conversations, but I’m wondering if Sen. Manchin has heard from his president about the importance of the For the People Act and about what needs to happen to secure his vote.” Ufot said she believes the administration should be prepared for the Republican Party to attack aspects of their steps toward progress.

“I’m grateful for the [administration’s] responses,” Ufot said. “I am looking for a response or a pushback or tactics or an effort that is as aggressive and as urgent as the threat that we are facing.”