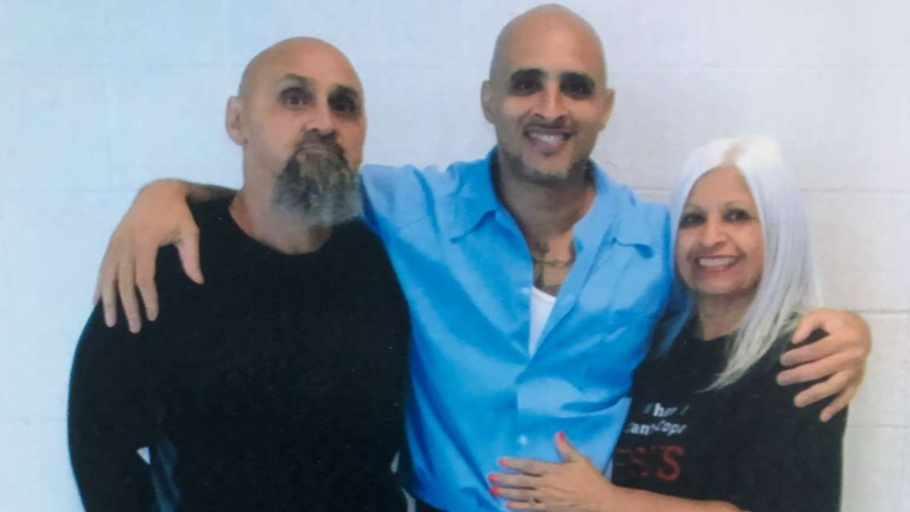 My Child Is Incarcerated. One Second in This Unjust System Is Too Much.

You Are Here: Home » Blog » Editors' Choice » My Child Is Incarcerated. One Second in This Unjust System Is Too Much.

For several years, I have met weekly with a remarkable group of mothers and one father who, like me, are fighting for the release of their adult children from Chicago-area prisons. We call ourselves the Mothers of the Kidnapped. My new sisters and brother, all in a group no parent wants to join, speak powerfully to the loss of their children and to the agony of being caught up in a police and trial process that actively works against us and the supposed rights of our children to access a transparent and even-handed legal system.

This month we celebrated the long overdue release of Gerald Reed, who was sentenced to life in prison in 1990 after he was tortured and framed by disgraced Chicago police Cmdr. Jon Burge. We also raised up his mother, Armanda Shackelford, for her steadfast work over 30 years to secure his freedom. But, as Gerald and Armanda both noted in a press conference, this goes far deeper than Gerald’s case, when so many more people remain behind bars, including those convicted of crimes they didn’t commit. Gov. J.B. Pritzker has done right in Gerald’s case, and we thank him, but he can do so much more to free the wrongfully convicted and others who are incarcerated, as can other state governments around the country.

What we have learned through discussing our children’s cases is that many Chicago police officers and detectives are extraordinarily corrupt. From Kenneth Boudreau, to Jack Halloran, and James O’Brien to Jon Burge and Reynaldo Guevara — accused in the framing or coerced confession of more than 200 people, including my sons Juan and Rosendo — we know this to be the case.

Moreover, many judges are complicit in the falsehoods that prosecutors, police and detectives convey to win convictions. Our children have been entrapped in a web of collaboration involving judges, prosecutors and police officers.

In recent weeks we saw Chicago police have to walk back their initial claim that 13-year-old Adam Toledo was killed in an “armed confrontation.” Cook County prosecutor James Murphy was placed on administrative leave after wrongly claiming that the child was armed when shot by police.

Judges seem to feel no urgency to change this lethal system. When we show up to court, they dehumanize us, disrespect us and blame us. They forget to bring the correct papers, show up late or don’t show up at all. They are on one side of a legal line while Black, Brown and economically struggling white parents are on the other.

Justice is supposed to be “swift.” But what happens if you’re on the receiving end of a judge meting out a decision based on falsehoods and crooked police behavior? Then the wheels of so-called “justice” turn slow.

Last month, members of Mothers of the Kidnapped were part of a virtual meeting with staff for State’s Attorney Kim Foxx. Unfortunately, Foxx did not meet with us personally. We were told to “be patient.” But some of us have been contending with unjust decisions for a decade or more. That language, perhaps well-intended, simply does not sit well when one’s child has languished in prison for years for something he didn’t do.

During our now-online calls with one another, I have seen a framed picture of Martin Luther King Jr., Malcolm X and Frederick Douglass on the wall of one of my sisters. When told to “be patient,” I cannot help but think of King’s words: “Justice too long delayed is justice denied.”

But, in fact, it is worse than that. The original sin here is not that we are waiting years rather than months or weeks for court reversals. The original wrongdoing is that our sons were beaten up by police and convicted of crimes they didn’t commit. One second behind bars is too much. One angry detective grilling them over something they did not do is too much.

All of us, in Mothers of the Kidnapped, have undergone the worst sort of learning process. Time and again doors are closed to us, all of which has been made worse in the last year by COVID-19 slowing our efforts to free our children. Our names are Denice Bronis, Bertha Escamilla, April Ward, Armanda Shackleford, Regina Russell, April Ward, Rosemary Cade and Frank Ornelas. All of us have been trapped, trying to free our children from a system that was never meant to work for us. We are not alone. Our struggle is wrapped up in the struggle of all incarcerated people and their loved ones. Whether or not an individual has a mother who can appeal to the sanctity of motherhood to garner support, no human should be caged, and it is not only police torture survivors whose stories matter.

I have come to see the cruelty of what we face as an abuse of reproductive justice.

Two hundred years ago, the U.S. legal system prevented Black women from controlling their bodies and reproduction. Yet today, even if we raise our Black and Brown children safely to young adulthood, there is no guarantee that these children will not be stolen from us by an oppressive legal system built on a racist foundation and the vestiges of Black enslavement. The American legal system and police were originally established to patrol Black bodies so it is no wonder that racially charged abuses continue to this day.

Increasingly, I have come to see the cruelty of what we face as an abuse of reproductive justice. Yes, our children were able to survive our city’s gun violence and reach adulthood. But one of the joys of growing older is seeing our children mature and engage with us as equals, not to mention the possibility of seeing the future through grandchildren. These relationships cannot be fully developed through the bars of a prison or the looking glass of a visiting room.