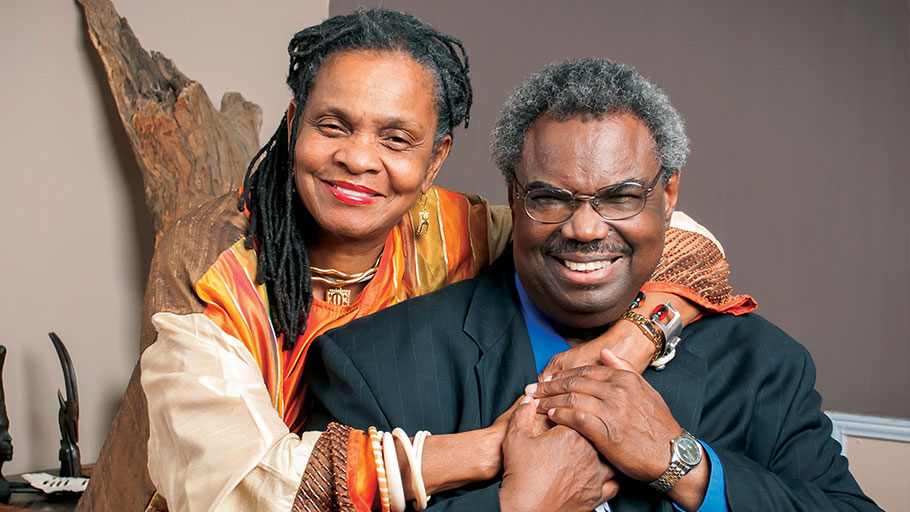 You Are Here: Home » Blog » Commentaries/Opinions » It’s a crying shame. No, it’s a damn shame.

Shame is a powerful thing. I know because I have personally felt the power of shame. However, when the shame is so humiliating that it makes us cry, that is far more powerful than the run-of-the-mill shame. These Black women leaders were so deeply humiliated, it summoned the solace of tears. It’s a crying shame. No, it’s a damn shame. .

Faya Rose Toure called me from inside the Montgomery City Jail. I was outside in my car waiting. She was painfully humiliated. She was violated so greatly that she was fighting to keep from crying. I could hear the humiliation in her words. I could feel the shame in her voice. I felt humiliated and angry. No, I was outraged. About an hour later, I received a call from Karen Jones, who was in the same jail. It brought more painful shame into the moment. Faya is my wife and fellow struggler for more than 50 years. Karen Jones has been my friend for years and a fellow community struggler for even longer. I cried silent tears of humiliation. It’s a crying shame. No, it’s a damn shame.

We had gone with Faya, Karen and others to the Montgomery Police Department so they could turn themselves in on arrest warrants. Five had arrest warrants. I was not one of the five with warrants, but a group of us were present when the incident for which they were being charged arose on Thursday and were also present at the Montgomery City Jail on Monday. We went to the Montgomery Police station expecting to sign signature bonds and be released to go home. After all, each charge was a non-violent misdemeanor during a raging pandemic. We were expecting to sign and leave because we were told by officials with the City that is what would happen. Instead, the five were arrested, handcuffed behind their backs and jailed for hours. It’s a crying shame. No, it’s a damn shame.

The damn shame is how the two women, Faya and Karen, were treated. The three men were not treated as shamefully. They strip searched the women. They had to take off all their clothing, bend over, hold open their buttocks and cough three times to be searched in the crevices of their bodies. Faya was then forced to walk up two flights of stairs with her hands cuffed behind her back in spite of the fact her broken wrist was not fully healed. In addition, an elevator was readily available. They were also exposed to jail personnel, some of whom were not wearing masks, with COVID-19 on the loose. They could have or may have caught the virus. We don’t know yet. They were placed in blue jail jumpsuits. It’s a crying shame. No, it’s a damn shame.

Faya is 75 years of age, a mother and grandmother, an attorney at law, a former municipal judge, and a chief founder/builder of the world-renowned Bridge Crossing Jubilee. Karen is a 45-year-old community leader and activist with health-related disabilities. There was absolutely no need for such humiliating and dangerous treatment of these women in the midst of a pandemic. It’s a crying shame. No, it’s a damn shame.

The date was Monday, July 20th. The previous Tuesday, July 16, 2020, we had gone to Montgomery in an ongoing effort to save hundreds of lives in Alabama per year. We have been doing these demonstrations and press conferences for six to seven years in an effort to expand Medicaid in Alabama. This time five words – Black Lives Matter / Expand Medicaid – were spray painted on an area of the asphalt in the street in front of the Alabama State Capitol while the press conference, a live “Die In” and eulogy were taking place. It’s a crying shame. No, it’s a damn shame.

The police had swarmed Karen Jones, who was leading the painting of Black Lives Matter. At the same time next to Karen, the White man John Zippert, was painting the words Expand Medicaid, but he was not swarmed. In fact, only one female officer subsequently talked to him and then walked off. This is the activity that led to the five arrest warrants on charges of defacing public property and one charge for criminal mischief against Karen Jones. It was just a little spray paint on street pavement. They were all misdemeanor charges. It’s a crying shame. No, it’s a damn shame.

Montgomery has a Black Mayor, Steven Reed. It had a Black police chief, Ernest Finley. The myriad of Montgomery police officers and Alabama State Troopers were all black with one exception. Faya, Karen and I had actively supported the election of this Black mayor just last year. In fact, Faya was threatened with arrest in Montgomery during the mayoral election while passing out get-out-the-vote materials. It’s a crying shame. No, it’s a damn shame.

Faya and I started struggling jointly to include Black people in political office while in Harvard Law School in 1967. We have never stopped. I also participated in the last leg of the Selma-to-Montgomery March in front of these very same Capitol Steps in 1965. Now she and fellow leaders are being humiliated by some of those we struggled to include. It’s a crying shame. No, it’s a damn shame.

These leaders have been dubbed The SOS Five. However, there are other leaders, we will be back this Tuesday, July 28th, at high noon on the Alabama Capitol Steps. Lives must be saved. It’s a crying shame. No, it’s a damn shame.