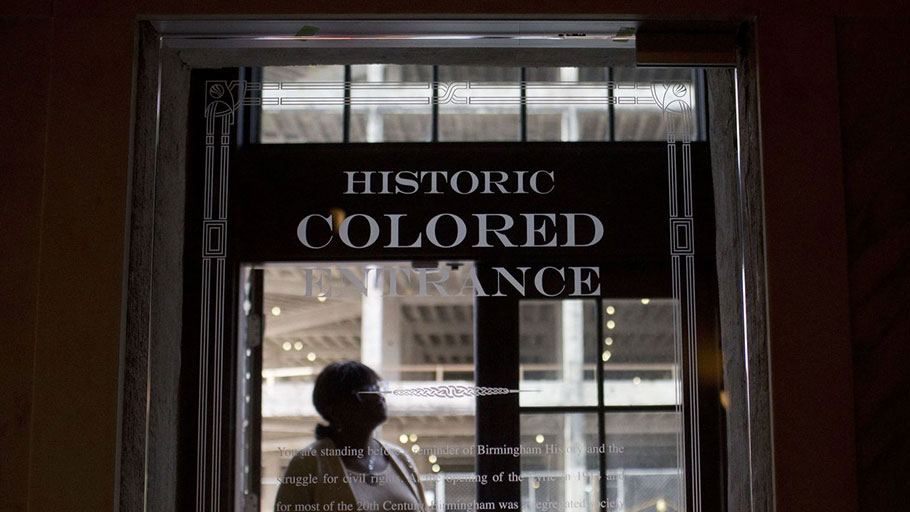 Why Jews should support reparations for slavery

You Are Here: Home » Blog » Commentaries/Opinions » Why Jews should support reparations for slavery

There is 2,000-year-old rabbinic dispute over what ought to be done if a palace is built on the foundation of a stolen beam.

One rabbi, Shammai, argues that the whole structure must be torn down, the beam retrieved and returned to its rightful owner. No home can flourish on a foundation built illegally and immorally. Another rabbi, Hillel, offers a different take: What sense does it make to demolish it? Let the thief pay for the beam, considering its full value as the foundation of what is now a beautiful home. Neither argues that you can pretend, year after year, generation after generation, that the beam wasn’t stolen.

Neither suggests that time rights the wrong. Both understand that the theft, unaddressed, threatens the legitimacy of the whole enterprise. Something must be done to rectify the original injury.

Paying reparations would offer some financial redress, and, most significantly, it would start a reckoning that our country desperately needs.

Our country was built on a stolen beam. More accurately, several million stolen beams. Only they weren’t beams. They were human beings. The palace they built was magnificent, but they have never been compensated for their labor.

Today is the 53rd anniversary of “Bloody Sunday,” when civil rights marchers were beaten and tear-gassed in Selma, Ala., and America is still aching for a reckoning around race. The generational legacy of hundreds of years of brutal slavery and all that came after it — the terrorizing, controlling and disenfranchisement of black Americans under Jim Crow; redlining and voter suppression; mass incarceration; police brutality; poverty and profound inequality — remain unaddressed.

Most American Jews came to this country years after the abolition of slavery, but we have thrived under a national economic system that was built on stolen land and stolen labor, a foundational wrong that has yet to be rectified.

As survivors of generational trauma and beneficiaries of reparations granted after the Holocaust, Jews have a special obligation to help advance this conversation.

Immediately after World War II, the Jewish Agency demanded reparations and restitution from Germany. Many Jews fiercely opposed the idea, seeing reparations as blood money, a cheap way to buy forgiveness for the unforgivable. They felt it was both impossible and insulting to put a price tag on the atrocities. Some still feel that way.

Others argued that while no amount of money could give back what was taken, monetary compensation would signal moral culpability. Early reparation funds helped build the infrastructure of Israel’s young economy. Decades later, Germany agreed to compensate individuals as well, indicating a collective sense of remorse and a desire to make amends.

The Jewish psyche is still defined by the Holocaust in many ways, but that trauma no longer manifests primarily as animus toward Germany or Germans. Today, 72 years after the liberation of Auschwitz, Berlin is a hub for Israeli artists, musicians and tech entrepreneurs, something that was inconceivable a few years ago.

Within only a few generations, Germany has been transformed from the world’s worst actor — responsible for the genocide of our people and the deaths of millions more — to the world’s moral leader. Through reparations, Germany began to come to terms with its history and rebuild itself into a thriving democracy.

Paying reparations to African Americans would not heal generations of trauma, nor would it erase systemic racial injustices. But it would offer some financial redress, and, most significantly, it would start a reckoning that our country desperately needs.

Some have argued that the complexity of the undertaking renders it impossible. But I believe this reflects a profound lack of moral imagination. The difficulties shouldn’t foreclose this long overdue conversation. Injustice, unaddressed, does not disappear. Its toxins spread until the whole system is poisoned.

This year, amidst daily threats to the rights, dignities and safety of our most vulnerable populations, let’s amplify the voices of intellectuals, economists and politicians who have been calling for reparations for many years. Let’s call for a congressional commission to formally explore potential models for reparations.

In that age-old rabbinic dispute, Hillel argues that the palace ought not be demolished, but instead redeemed, precisely because he wants to make healing and reconciliation possible.

We can’t undo the past. But we can name it, take responsibility for it and do everything in our power to address what has been broken.

Rabbi Sharon Brous is the senior and founding rabbi at Ikar in Los Angeles.