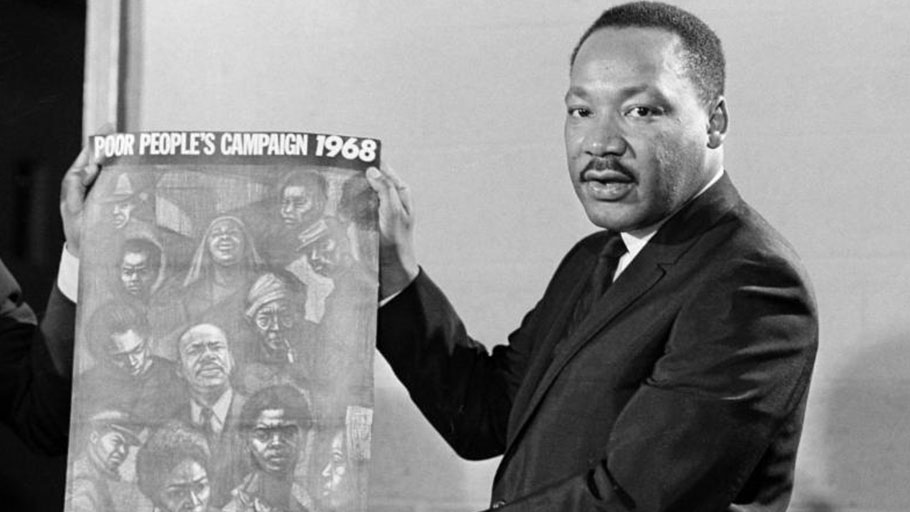 “Now, when we come to Washington in this campaign, we are coming to get our check!” – Martin Luther King 1968

“Let us stand with a greater determination. And let us move on in these powerful days, these days of challenge to make America what it ought to be. We have an opportunity to make America a better nation.” – Martin Luther King, April 3, 1968 in Memphis

The day after King made the above profound statement, he was assassinated in Memphis. Also, regarding making America a better nation, at a Southern Christian Leadership Conference (SCLC) staff retreat in May 1967, Rev. Dr. Martin Luther King, Jr. said:

“I think it is necessary for us to realize that we have moved from the era of civil rights to the era of human rights…When we see that there must be a radical redistribution of economic and political power, then we see that for the last twelve years we have been in a reform movement…That after Selma and the Voting Rights Bill, we moved into a new era, which must be an era of revolution…In short, we have moved into an era where we are called upon to raise certain basic questions about the whole society.” (The Grio)

It was, in fact, in 1967 that King and others in SCLC planned the “Poor People’s Campaign” to signify the move from civil rights to human rights and for its launching to take place in Washington, DC in 1968.

Regarding King’s and others remarkable civil rights work and demands leading to the 1964 Civil Rights Act and the 1965 Voting Rights Act, Dr. King had questioned that while these achievements were significant, still, what good was it to be able to get on a bus or into a hotel room if you couldn’t afford to pay for it. So, in addition to the inequities in civil rights, the human rights demands of economic justice became paramount for him and, as he said, “to raise certain basic questions about the whole society.”

A few years ago, I was informed by Rashid Nuri (a leading black organic urban farmer in Atlanta) of a rare video clip of King speaking in Mississippi in 1968. This speech was given by King just a few weeks before he was assassinated, King spoke of the opportunities for whites that, by comparison, had been denied blacks in America and the hypocrisy surrounding this. Whites say black folks should pick themselves up by their bootstraps? Yet, he notes that around the time of the Civil War, Congress passed the Homestead Act essentially giving millions of free land to whites, as well as developing land grant colleges to teach whites how to farm, and more. Here are his comments at this Mississippi gathering:

“At the very same time that America refused to give the Negro any land, through an act of Congress our government was giving away millions of acres of land in the west and the mid-west which meant that it was willing to undergird its white peasants from Europe with an economic floor. But not only did they give the land, they built land grant colleges with government money to teach them how to farm. Not only that, they provided county agents to further their expertise in farming. Not only that, they provided low-interest rates in order that they could mechanize their farms. Not only that, today many of these people are receiving millions of dollars in subsidies not to farm and they are the very people telling the black man that he should lift himself up by his own bootstraps. And this is what we are faced with. And this is a reality. Now, when we come to Washington in this campaign, we are coming to get our check!”
(Federal Subsidies for White Land)

While the American elite didn’t like King demanding civil rights, still these demands were accomplished to a large degree and he miraculously lived through that period of his life. But with a shift toward economics and demanding economic equity he was moving into unchartered turf. In his anti-Vietnam speech in New York on April 4, 1967 he spoke of the triple evils in America that, he said, were interrelated and they are racism, poverty/economic inequality, and military imperialism. In fact, it would be appropriate to note that his anti-Vietnam speech laid the ground for the Poor People’s Campaign. 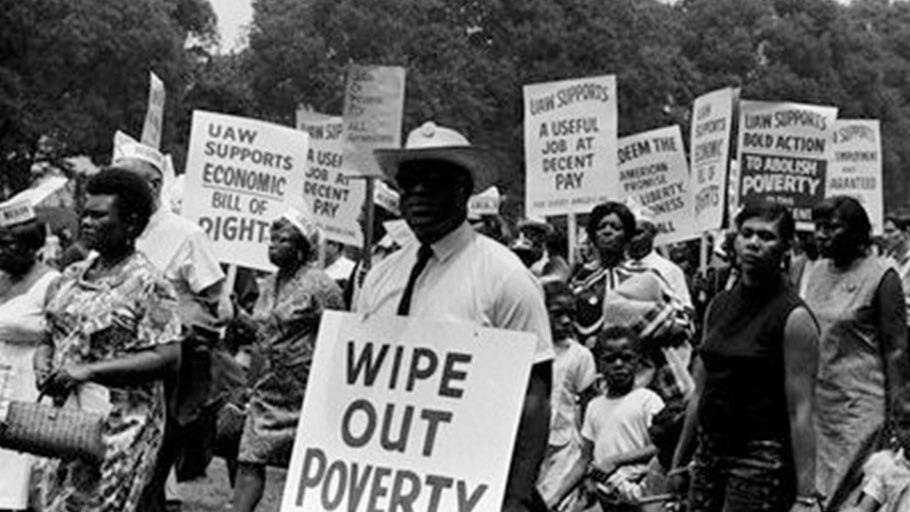 King had essentially noted in his anti-war speech that it was impossible to separate the international policies with the domestic policies and motivations. The inference was that you can’t separate napalmed children in Vietnam with poverty in Mississippi or garbage workers in Memphis. They all suffer and are treated as being less than human. The lack of humane and equitable treatment and policies were stark. And how can you point fingers at black Americans for lack of achievement when you witness the huge inequities of treatment between blacks and whites historically and the huge amounts of money going into the military industrial complex to then kill Vietnamese and increase inequities in America as well. That money going to the military could instead be used to advance the quality of life for all Americans.

Dr. King’s shift of emphasis in the last year of his life demonstrated to the country, and the world, what was significant to the ruling elite in the United States because of the way they immediately reacted after his anti-Vietnam War speech. President Lyndon Johnson immediately distanced himself from King. Many black civil rights leaders, including Ralph Bunch and others, were critical. The day following his speech virtually all the major media criticized King.

But finally, regarding the Poor People’s March and demands for economic equity, it’s also important to note the following: it is the simple profound statement that the reason people are treated differently by those in power is generally for profit. So that would include racism and economic inequities. King was attempting to change that equation by striving to give workers more power. He was about to threaten the profit accumulation by taking a forthright stance on the side of economic equity for the black community overall. This was compounded by his planning to bring the massive civil rights community and activists with him to Washington to make these economic demands. King was stepping on dangerous ground. It is not ironic that he was killed in Memphis while demanding rights for garbage workers.

America is still needing to address the economic inequities that plague the country with it’s 1% versus 99% scenario of huge economic disparities. We are fortunate there is now a revival of the SCLC Poor People’s Campaign thanks to Reverend William Barber who was also inspired by Dr. Martin Luther King. And also that SCLC has, in recent years, been developing an international “Poor People’s Campaign” to address poverty throughout the world. These important efforts are essential for the welfare of is all! 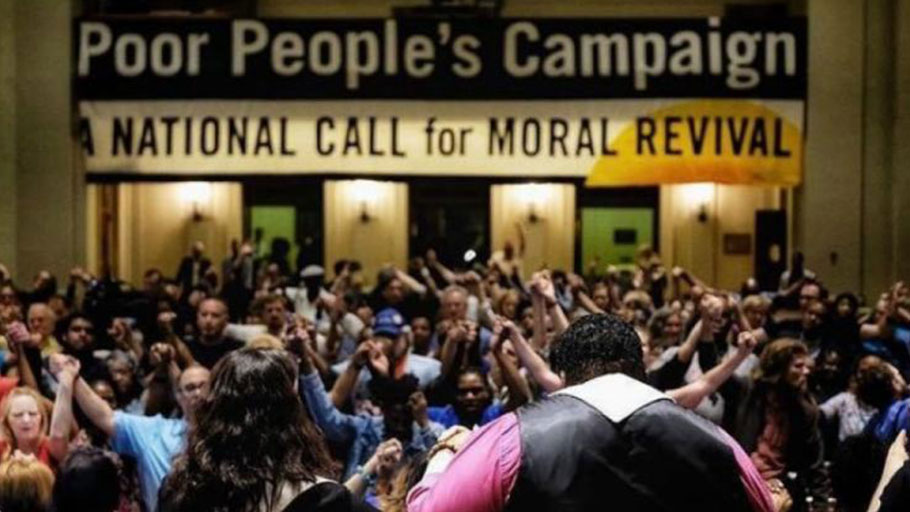 The tens of millions of people who have participated in the Women’s March, the March for Our Lives, and the many other protests of the Trump era are marching in place in every community large or small. They have the potential to provide a vast grassroots network of the Poor People’s Campaign can reach out and inspire them to act together.
(Photo: TwitPic/@Fightfor15)

When Slavery Is Erased From Plantations