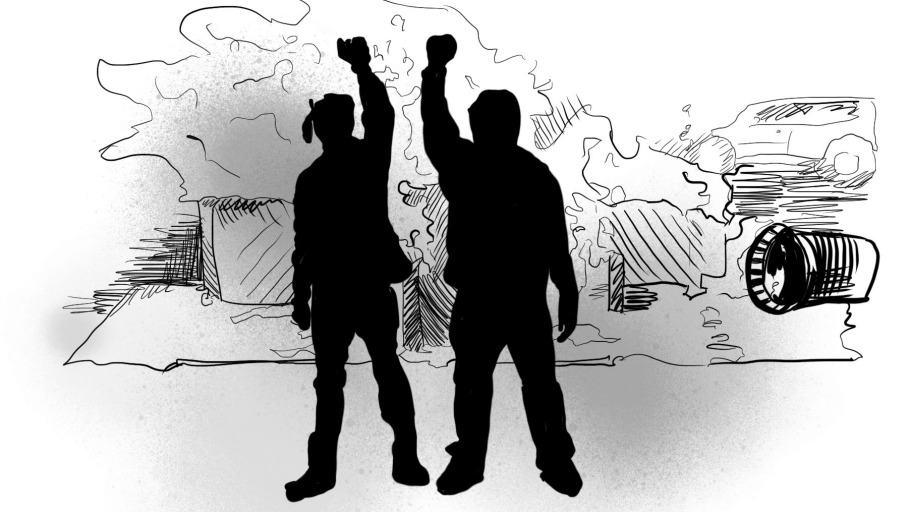 Social media has made it so that a number of people can now see the many injustices committed against our people on camera, including the many assaults, cases of harassment and murder. However, in recent events, as many Black people continue to fight for their lives, a lot of those who like to portray themselves as allies use the Black Lives Matter movement as a mere trend. It’s either that they see it as an aesthetic to their brand, or they refuse to speak on it because it doesn’t go along with their pre-existing aesthetic. Both are disgustingly performative, and these people have no business associating with the movement whatsoever. #Blacklivesmatter is not a trend. Black lives are not a trend. The Black experience and existence is not a trend. Inner-city communities that struggle with death and abuse on a day-to-day basis are forced to find ways to mourn and cope. Meanwhile, the media commonly gives white terrorists the benefit of the doubt, explaining away their crimes with ‘mental health,’ while Black communities and people are not afforded the same courtesy.

What we don’t talk about, though, is that racism is trauma! It’s a heavy burden to carry, and an exhausting one at that. So, once again, it’s bigger than the popular Black names we’ve seen in the media, it’s bigger than Minneapolis, which has ignited a beautiful movement, it’s bigger than police brutality. It’s the fact that racism in America has not ended and will not end until Black lives actually matter.

Anger and anguish has flooded the entire nation. All 50 states are protesting, rioting and even looting, and frankly, arguments against it are arguments against Black lives. We can condemn the looting and the riots all we want, but the reality is: my people are enraged. The rioting and looting may feel wrong and uncomfortable, but racism and systematic oppression are far worse. There is no correct way to cause an uprising, and especially as a non-Black individual, it is not your place to decide how oppressed people should fight their oppressors.

This country was built off of the backs of Black people, and to this day, we own so little of it. Black people have been used and abused for economic gain time and time again.The rioting we saw is only a byproduct of the larger problem. Looting is something we’ve learned and seen to be effective in American history. The Boston Tea Party is a prime example. Let’s also not forget that oil, petroleum, natural gas, diamonds, gold, coffee, copper, grains, tea, cotton, iron, textiles and livestock are amongst the many resources the West has stolen or exploited from Africa. Africa was looted of our people and our resources by colonizers, and centuries later, after building up their countries on land that was looted itself, white people have the audacity to condemn looting of the same businesses that do not care about us! Most of these businesses have put out statements for the sake of “saving face” and not coming off as racist. Let’s take a look at the people on the executive boards of these companies, most of whom certainly do not look like us, either. These brands make decisions that suit and benefit their own white privilege. We must continue to hold these businesses accountable for supporting Black lives consistently in every sphere.

Brands steal our fashion and then tell us we’re not up to beauty standards. They criticize our musical stylings and then try to recreate them. They shame our vernacular and then proceed to copy it. All white people benefit from white supremacy in some way, shape or form. All non-Black people benefit from anti-Blackness in some way, shape or form. Non-Black people who are obsessed with every aspect of Black culture far too often choose silence and pacificity when the time comes to fight for justice. The truth is, America lives for Black culture, and so many people are inspired by it. It’s nothing to be ashamed of, it’s just quite hypocritical that they can never use the same energy to stand up for Black rights. Black rights means all Black rights. We must stand up for the marginalized people who are already within this larger marginalized group of people. This includes: Black trans people, Black women, Black people within the LGBTQ+ community and those who may be Black and disabled or challenged in any way. Black rights are human rights. This is a fight that requires Blackness to be centered. There are so many other people of color in America that experience racial discrimination, but discrimination as a Black individual alone is a unique experience that cannot be overlooked.