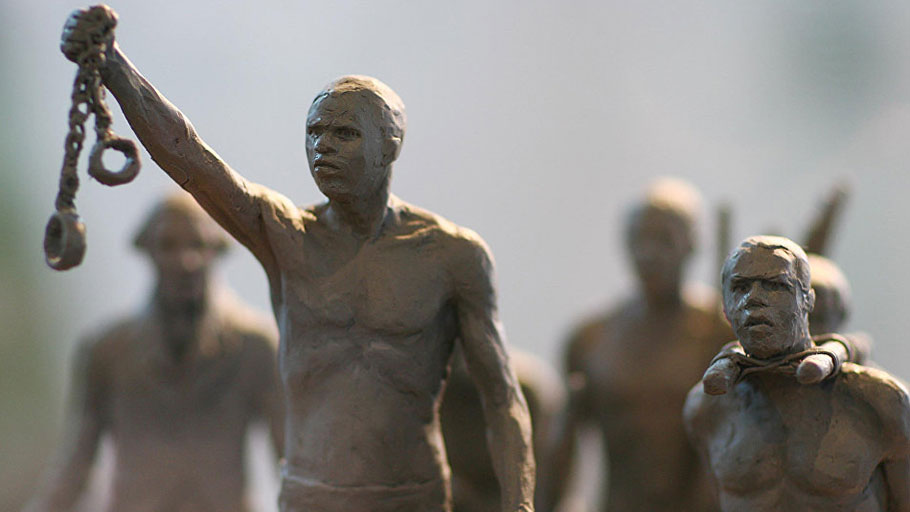 (Washington, DC) – The US Congress will take a historic step on April 14, 2021 when a congressional committee is to vote on a slavery reparations bill, Human Rights Watch said today. The House Judiciary Committee announced on April 9 its upcoming vote on H.R. 40, the Commission to Study and Develop Reparation Proposals for African-Americans Act.

H.R. 40 would establish a federal commission to study the legacy of slavery in the United States and its ongoing harm and develop proposals for redress and repair, including reparations. The bill has been introduced at every congressional session since 1989 but has never before reached a committee vote, normally the first step toward passing legislation. The vote comes amid an acceleration in the reparations movement’s success at the state and local levels.

“The centuries-long injustices of slavery and its legacy, fueling the persistence of racial inequality today, remain largely unaccounted for,” said Dreisen Heath, racial justice researcher and advocate at Human Rights Watch. “As states, cities, and other institutions pursue reckonings, Congress should step up to lead the nation in accounting and atoning for the ongoing impact of slavery. The committee vote on H.R. 40 is a crucial step in that direction.”

In March, the City Council of Evanston, Illinois approved the country’s first reparations program for Black people, and in 2020 California established its own H.R. 40-style commission at the state level to study and recommend reparations for Black Californians. Reparations efforts have also made progress recently in cities such as Providence, Rhode Island; Asheville, North Carolina; Burlington, Vermont; and Amherst, Massachusetts, with bills and grassroots initiatives being considered in many other communities. Religious and other institutions, as well as businesses, have also begun to acknowledge their roles in slavery and to address its continuing harm.

The Judiciary Committee vote will be the first time that lawmakers cast a ballot to decide whether to bring H.R. 40 to the full House for consideration. In February, a House Judiciary Subcommittee held a hearing on the reparations bill. Human Rights Watch’s Heath testified, imploring Congress to address systemic racism by passing H.R. 40, rather than perpetuating it by continuing to let the bill languish.

The late Congressman John Conyers first introduced H.R. 40 more than 30 years ago on the heels of the passage of the Civil Liberties Act of 1988, which granted reparations, including cash payments, to Japanese Americans who were incarcerated and forcibly relocated during World War II. However, H.R. 40 did not gain significant momentum until 2019, when the House held its second congressional hearing on the bill. Then, in 2020, the bill gained unprecedented support as the Covid-19 coronavirus took a disproportionate toll on communities of color and millions of people took to the streets following the police killing of George Floyd to demand an end to structural racism.

Congresswoman Sheila Jackson Lee, who took over as the bill’s lead sponsor after Conyers’ death in 2019, mobilized support among legislators, an effort backed by a coalition of over 300 groups including the National African American Reparations Commission, the National Coalition of Blacks for Reparations in America, Human Rights Watch, the ACLU, Color of Change, and the Leadership Conference on Civil and Human Rights. Japanese American internment camp survivors, including former US Secretary of Transportation Norman Mineta and the actor George Takei, voiced their support. The Amalgamated Bank, the US Conference of Mayors, the Players Coalition, and Ben & Jerry’s Ice Cream, among others, have also expressed support.

President Joe Biden recently expressed support for a study of reparations for slavery, which was also a 2020 campaign promise.

As Human Rights Watch said in its testimony to Congress in February, passing H.R. 40 is essential because the full impact of creating laws and policies that forced hundreds of thousands of Africans to be enslaved in the United States, a gross human rights violation, has never been fully examined, accounted for, or assessed at the national level. Following emancipation, many US cities and states raced to enforce white supremacy and racial segregation, passing repressive laws to limit Black people’s rights.

Organized racial terror by the Ku Klux Klan, white paramilitary groups, and deputized white mobs that the authorities often have not done enough to prevent or account for, helped to maintain racial social order and to corrode Black people’s progress toward equality. Jim Crow laws passed by local and state governments in the 19th and 20th centuries entrenched racial discrimination. Federal, state, and local policy decisions in the 20th and 21st centuries, such as redlining, urban renewal, and highway construction, further contributed to structural racism. And these policies helped create present day economic, education, employment, and health inequalities, as well as housing segregation and everyday abusive policing practices in Black and brown communities.

To date, 175 representatives have signed on as co-sponsors of H.R. 40, many more than in previous years. Its Senate companion, S. 40, the first reparations bill to be introduced in the Senate since Reconstruction, has 19 co-sponsors.

“The Judiciary Committee should seize this moment and vote to move H.R. 40 to the House floor for full consideration,” Heath said. “Racial justice and racial healing can only be achieved if the US finally reckons with its racist past and present and takes steps to provide genuine, meaningful repair.”