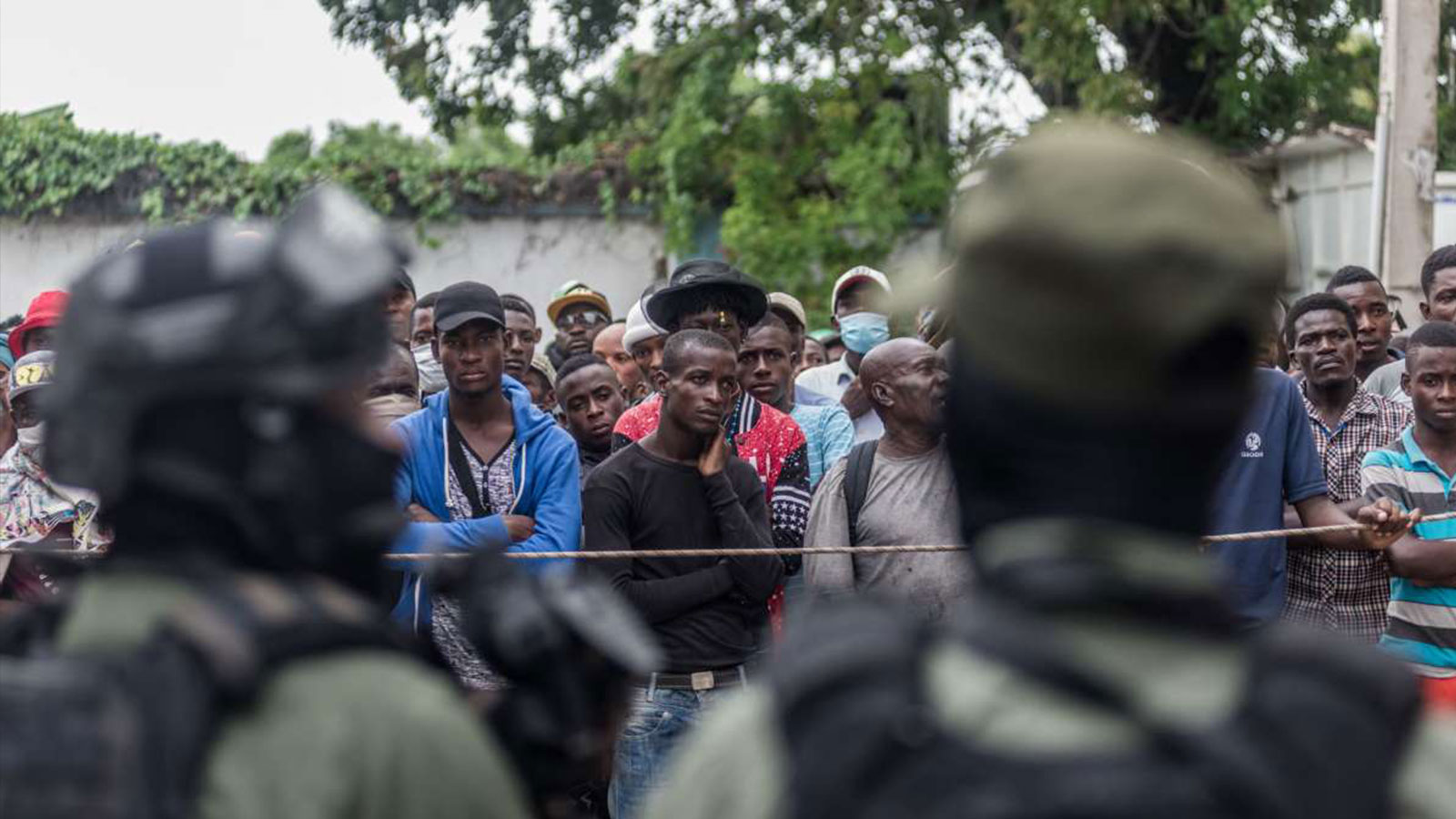 Listen to Haitians, not to those promising to “save” them from disaster

You Are Here: Home » Blog » Commentaries/Opinions » Listen to Haitians, not to those promising to “save” them from disaster

Haitians of every class within Haiti must be at the center of relief efforts because only they know what Haiti needs.

Almost exactly 230 years ago, on a plantation near modern-day Cap-Haïtien, enslaved people met under the leadership of Dutty Boukman (a hougan, or Vodou priest) and Cécile Fatiman (a manbo, or Vodou priestess), to plan a revolt that would come to be considered the official beginning of the Haitian Revolution. Boukman’s invitation to the enslaved people at that meeting on August 14, 1791, known as the Ceremony of Bois Caïman, was a challenge to the white narrative in Saint-Domingue that saw enslaved people as without soul, agency or spirit. As scholar Jean-Eddy Saint Paul has stated, Haiti was the first nation to insist that “Black lives matter,” and in 1804, it became the world’s first Free Black Nation as it cast off the yoke of slavery. But that independence has come at a tremendous cost.

Note — Helping Hands for Haiti: The Haiti Support Project (HSP) is sharing a list of trusted emergency responders located in most affected areas for donations.  See the list here.

In his recent essay, “A Killing Two Hundred Years in the Making: On Haiti and the Narrative of Empire,” poet Sony Ton-Aime stresses that in order to truly understand the problems that have plagued Haiti — in terms of lack of infrastructure and political, social and economic instability — we must view them in the context of empire. He writes:

The shadow of the American government has haunted political life in Haiti since 1804, when the impertinent Black and enslaved rebelled against their “masters” and secured their freedom. The same freedom that the French and the Americans were boasting so mightily about as the model for the future of society just some decades prior. Yet Haitian freedom was a threat to Americans’ survival. It threatened the economic security and the metaphysical comportment of a racist country busy establishing itself as the hegemon of the hemisphere. They decided to suppress this kind of freedom by keeping a close watch on Haiti and a constant presence there. The best way to do so was to sow chaos and tell a story in which Haiti was always in need of saving, of civilizing, of occupying.

This story is still being told today without context, as evidenced from the recent The Washington Post article titled, “Haiti’s long, terrible history of earthquakes and disaster.”

It seems that Haiti only makes it into the U.S. news when some disaster strikes. Saturday, August 14, 2021, was no different. At around 8:30 am, a 7.2-magnitude earthquake hit the southwestern part of the country.

My friends and family members sent worried texts from Haiti. One of my cousins, from the town of Hinche, in the Central Plateau, about 106 miles from the epicenter, told me, “We were on the second floor balcony and the whole house moved from side to side.” It was like reliving the 2010 earthquake again.

I consciously choose not to open the images that people have been sending me.

It is so much easier and simpler to blame natural and human-made disasters on religious beliefs instead of contextualizing history and its connections to empires.

On Saturday, the day of the earthquake, I was on a panel titled, “In the Name of Boukman,” organized by the Caribbean Literary Conference (Caricon) to commemorate the 230th anniversary of Bois Caïman. This event is often misrepresented, particularly in certain church circles both in Haiti and in the United States, as a “dedication of the island to Satan,” and has been used to justify invasions and efforts at conversion. It will not be surprising if the same narrative is repeated in the context of this earthquake. After all, it is so much easier and simpler to blame natural and human-made disasters on religious beliefs instead of contextualizing history and its connections to empires.

A friend sent me a text saying, “I am sorry about Haiti.” I have received other texts and email versions of that same statement. #EarthquakeHaiti is trending on Twitter. Countries around the world are offering their condolences in a similar manner and some say they are ready to send humanitarian aid. In a statement, President Joe Biden described the United States as a “close and enduring friend to the people of Haiti.” But despite the “friend” rhetoric, the patronizing narratives of disaster and helplessness that surround Haiti are being repeated.

The stories representing the earthquake are being told via two lenses: an outside and an inside one. Outsiders’ stories will most likely be told from the perspective of “saving” Haiti, since that narrative is good for business. Insiders — Haitians and Haitian Americans — will tell different stories to help us get through these hard moments. Our stories will be more complicated. They will be intertwined with memories of the January 12, 2010, earthquake, as well as with the assassination of President Jovenel Moïse, ongoing gang activities in Port-au-Prince and surrounding areas, the COVID pandemic, and hurricane season.

They will also be stories about how Haitians in Haiti and in the diaspora are putting our resources together to help others. I am in contact with three individuals from Les Cayes and Jérémie who are working on ensuring that people in those areas receive monetary aid long after the disaster tourists have left. Personally, knowing these inside and complex stories helps empower me because they help me focus on the fact that Haiti did not make a pact with the devil, nor is it materialistically poor or damned.

Any help or support that outsiders would like to offer to Haiti must be done in the spirit of racial and cultural humility.

Raoul Peck’s film, Fatal Assistance, made after the 2010 earthquake, offers many lessons on how aid should not be administered. Will outsiders have learned these lessons? Will the people who truly need aid receive it? Will international aid organizations meaningfully engage ordinary Haitians in their relief efforts?

Or will the response mainly be, “I am sorry about Haiti”?

Haitians in Haiti from all walks of life must be at the center of all relief efforts because they are the ones who know what they need to rebuild Haiti. Any help or support that outsiders would like to offer to Haiti must be done in the spirit of racial and cultural humility, and the helpers must be mindful of their positionalities and their country and culture’s history with Haiti.

We must finally shift to another narrative — like the one alluded to by Naomi Osaka, who considers herself Japanese, Haitian and American: “I know our ancestors’ blood is strong, we’ll keep rising.”

It is time to hear the stories of the Haitian people — not those of empires, which will justify their meddling while offering no accountability.

Source: Truthout
Featured Image: People watch the clearing of a building that collapsed during the earthquake in Brefet, a neighborhood in Les Cayes, Haiti, on August 17, 2021. (Reginald Louissaint Jr, AFP via Getty Images)

Cécile Accilien is a scholar of Haitian studies and Haitian Studies Association board member based in Atlanta, Georgia.