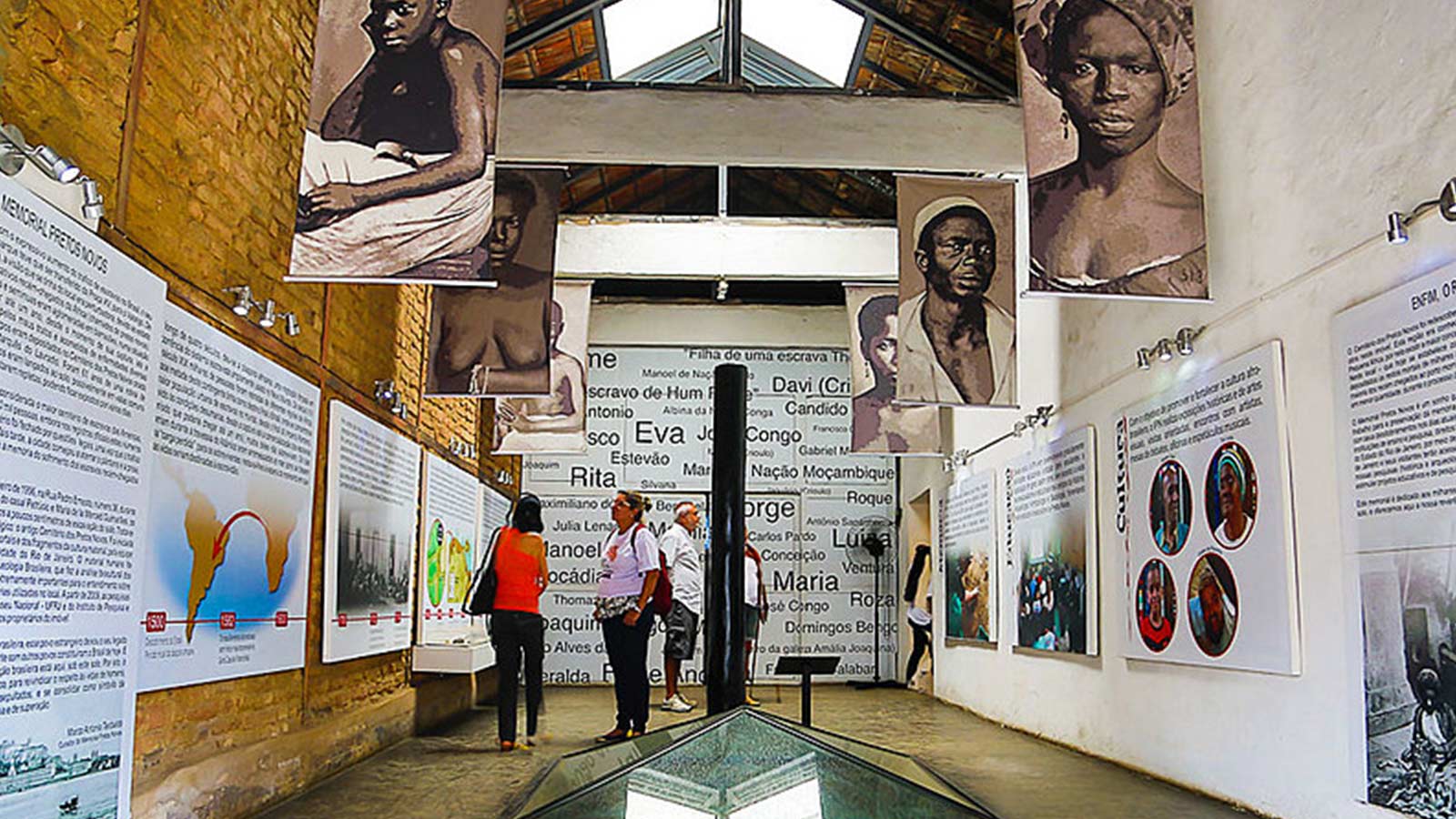 Cemetery for enslaved Africans in Brazil discovered, turned into museum

You Are Here: Home » Blog » Reparations » Cemetery for enslaved Africans in Brazil discovered, turned into museum

A cemetery of enslaved Africans in Brazil has been discovered and turned into a museum after nearly 200 years.

The cemetery site was discovered in the 1990s during a renovation of an abandoned house in Rio de Janeiro. According to Travel Noire, the homeowner, Merced Guimarães dos Anjos, said she and her husband decided to open the space to visitors once they found out it was a former cemetery.

“We had never heard of a cemetery in the area where we bought the house. When we found the bones, we contacted local authorities. It was doomed to be forgotten for eternity if we had done nothing to preserve the place,” she said in a documentary about the museum on YouTube.

Museum of Preso Novos Cemetery, now located in downtown Rio, translates to “Newly Arrived Blacks Cemetery Museum.” The name “Preso Novos” was given to the enslaved Africans who had recently been brought to the region from Africa.

The “Cemitério dos Pretos Novos” operated between 1769 and 1870, just a few blocks from an old slave market in Valongo along Rio’s port area.

The Brazilian government built the cemetery to bury Africans who died days after their arrival due to the terrible conditions of slave ships. It’s said roughly 30,000 newly arrived men and women were buried there—making Pretos Novos Cemetery the largest enslaved African cemetery in the Americas.

Teeth examinations of the people buried at Pretos Novos Cemetery reflect the diversity of Africans brought to Brazil. Researchers noticed signs of polishing on the teeth, a form of oral hygiene practiced by many African peoples.

“Enslaved Africans came from all over the continent to Brazil. It also indicates the huge dimensions of the slave trade carried out by the port of Rio,” Santos said.

According to research results, the bodies were thrown in ditches and burned. The place was also used as a waste dump. According to Travel Noire, in addition to human bones, some buried belongings were found, such as food scraps and everyday objects thrown away by city inhabitants.

The majority of the remains belonged to children and teenagers, the site analysis showed. The first bone was discovered in 2017 and belonged to a young woman who archaeologists estimate died at about 20-years-old.

The Pretos Novos Museum is currently open for visitors. To schedule your group visit, click here.