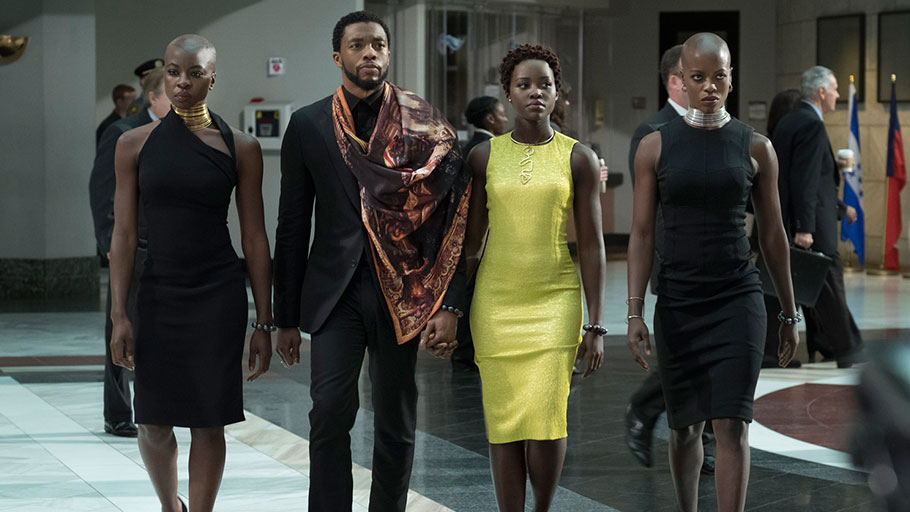 How much do I know about Wakanda? Not a lot, but I’ll bet they have really good sex.

When I decided to write about my reaction to Marvel’s Black Panther and the nation of Wakanda from my perspective as a first-generation Nigerian immigrant, sex wasn’t the first thing to come to mind.

But the more I saw of this hidden nation — free of the historical scars of colonialism, as well as the movie’s unambiguously Black and sexy cast — the more I realized that one of the most exciting aspects of Wakanda was as a world where Black people were free of the baggage of racial hierarchies about desirability.

Sex and desire often feel like the last taboos within the social justice space, too intertwined with feelings of guilt, self-hate and ambiguity for many people to begin to broach. And while there is a new willingness to dismantle European standards of beauty, there is still a real reluctance to discuss how the shadow of colonialism rises in our intimate relationships.

This reluctance is all too familiar to me.

Growing up, I was raised to be proud, if not borderline arrogant, about my heritage. However, as a child of Nigerian immigrants and grandparents, the deep imprint of colonial rule on the modern African identity was difficult to escape.

Below the layer of pride, the scar tissue of white supremacy was all too visible.

As a child, it materialized in compliments about my medium-brown complexion from relatives, and the monthly ritual of chemical perms. Today, it is seen in the global market for skin lightening — a practice prevalent throughout Africa, Asia and the Caribbean — that is projected to grow into a $23 billion industry by 2020.

In recent years, it’s reared its head in our romantic interactions online. Indeed, Black women and Asian men are consistently rated on dating sites as less attractive than people of other races and ethnicities.

In popular entertainment, tropes of the Black “welfare queen,” the “mammy” and the “Jezebel” are still prominent in depictions of Black female characters. Our own research at The Opportunity Agenda shows that people of color continue to be underrepresented in film and television, and when they are present, are often depicted as violent or criminal, or in minor roles.

The relationship between colonialism, voyeurism and fetishization is old. Sarah Baartman, a Southwestern Africa Khoikhoi woman bought as a slave in the early 19th century and exhibited in “freak shows” in London and Paris, is one of the best-recorded examples of this connection.

According to Columbia University professor of African art Zoë Strother, in her article “Display of the Body Hottentot,” Baartman’s sexualized depiction “represented a fantasy creature without language or culture, without memory or consciousness, who could never actually threaten the viewer with the sexual power of Venus.”

More recently, a 2017 report published by Georgetown University Law School’s Center on Poverty and Inequality found that Black girls are viewed by adults as less innocent, in less need of nurturing and more knowledgeable about sex than their white counterparts.

But in Wakanda, there is no voyeur or point of comparison. In Wakanda, T’Challa, the Black Panther, is left frozen by the beauty of Nakia — an intensity and an affection in sharp contrast to the disregard for Black women shown by his enemy, Erik Killmonger, who discards his nameless Black female lover with ease. Her callous execution midway through the movie encapsulates the feeling of disposability that characterizes the experiences of many Black women in the US.

And while the central love story in the movie was tamer than I’d expected, the intimacy depicted between T’Challa and Nakia was revolutionary, not only in its originality, but in its potential to open the doors for more depictions of Black sexuality and love freed from historical baggage.

Black Panther has given me, and I am sure many other women, a vision of what is still possible, and confirmation of what I already knew: That we are beautiful, and in pressing need of greater visibility.

Lucy Odigie-Turley is the manager of research and evaluation for The Opportunity Agenda social justice communications lab in New York. She oversees the design, planning and implementation of original public opinion, media and social media research in the areas of immigration, criminal legal reform and poverty. She holds an MA from New York University in Africana studies with a concentration in global journalism, and a BA in English from Queen Mary University of London. She is currently completing her Ph.D. in communications at American University.