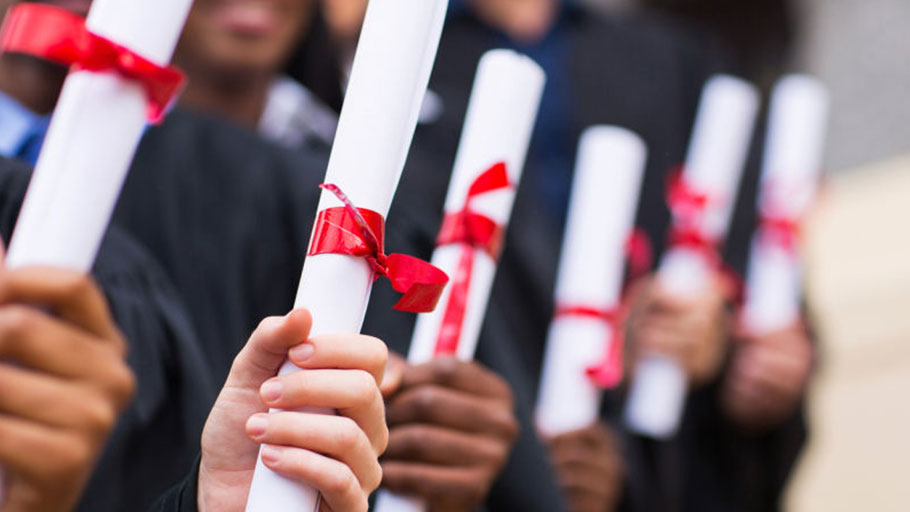 A Case for Educational Reparations for Formerly Incarcerated People

You Are Here: Home » Blog » Editors' Choice » A Case for Educational Reparations for Formerly Incarcerated People

We don’t like to think of social justice as a zero-sum game. But there are costs associated with bringing equity and fairness to victims of discrimination, especially for those incarcerated throughout this nation.

Those restitutions won’t come out of thin air. Stanford University research shows that the black incarceration rate nationwide is five times the rate of whites, and 1 in every 10 black children have a parent incarcerated, compared with 1 in every 60 white kids nationwide. There will be a price tag for bringing justice to black men from New Orleans, for instance, who have been disproportionately affected by incarceration: One in 7 black men in New Orleans are in prison or on parole.

In 2012 a Times-Picayune reporter, Cindy Chang, dubbed Louisiana the “world’s prison capital” because of its uncommonly high incarceration rates. Profit has played a part in the state’s penal excess. “A majority of Louisiana inmates are housed in for-profit facilities,” noted Chang, “which must be supplied with a constant influx of human beings or a $182 million industry will go bankrupt.”

Our biased criminal-justice system funnels black men into prison instead of college. Eleven percent of black men in Louisiana have a college degree, compared with 25 percent of white men, according to my analysis of 2016 census data. Black men need a college degree, which boosts incomes, if their children are to have any chance of cracking the middle class.

After paying their debt to society, formerly incarcerated people need to be set up for success—and what better way to do that than to subsidize their education? Restitution must be given to black men who’ve been set up for failure, along with their families, who bore the social, emotional and financial costs of mass incarceration.

White families that didn’t face this discrimination were able to maintain their head start in society by, for instance, attending highly selective colleges as they benefited from a system of social control that has marginalized black folk for generations. From their analysis of a new study of social mobility nationwide, including income, Emily Badger, Claire Cain Miller, Adam Pearce and Kevin Quely wrote, “Twenty-one percent of black men raised at the very bottom were incarcerated.”

Comprising 32 percent of Louisiana’s population and 66 percent of its prison population, black people have disproportionately carried the costs of a biased system. Because family income is highly correlated with children’s educational test scores, without question, incarceration takes away their chances of getting a scholarship.

We know justice is hard to come by because it’s never free; someone has to pay for prisoners’ tuition, and it can’t come from the people who already bear the deadweight of injustice. So the rest of us must contribute to righting the institutional wrongs of this country.

Many states across the U.S. offer merit scholarships that are largely based on test scores. A biased criminal-justice system forces us to redefine “merit” when it comes to determining who earned or deserves a scholarship. We should be adding points to ACT or SAT scores of black children with parents who have been incarcerated—they’ve earned it. From a social justice perspective, it’s clear who is owed: incarcerated and formerly incarcerated black men and their families, who also must cope with the repercussions of their confinement.

However, Louisiana is struggling to sustain its merit scholarship, called the Taylor Opportunity Program for Students. Now the chickens are coming home to roost in this incarceration-happy state. Louisiana puts so many of its people behind bars that it weakens the tax base needed to support its spending. It has a $1 billion structural deficit that will kick in when temporary increases in the state’s sales tax end in July. Legislators have yet to fill the funding gap this session so far, and Gov. John Bel Edwards has suggested eliminating $233 million in funding for TOPS.

Edwards should use this budget crisis to create a just merit scholarship that delivers opportunity to people who need it: formerly incarcerated black men and their children.

Currently, TOPS is benefiting the wrong families. In its 2015 report on TOPS, the state’s governing body for higher education found that “since 2005, the number of TOPS recipients that came from households with incomes of $150,000 or more has more than doubled; whereas, the number of recipients from lower-income households has remained relatively stagnant over time.” Last year the Louisiana College Access Coalition, a group of colleges, schools and nonprofits, reported that 41 percent of TOPS recipients last year came from families that earned $100,000 or more annually.

Under the current tax structure, too many who don’t need scholarship money to afford college receive it. Meanwhile, black people who should be in middle-income jobs and paying taxes are instead in prison.

Louisiana could make history if it fixed a structural deficit in the short and long term by expanding educational opportunity to those who have long been shut out. But the state has to give up the cultural practice and business of punishing black people through mass incarceration.

No one likes to think that their rise came at the expense of someone else’s freedom. Because of that, many will say that it’s impossible to convince the upper middle class to willingly give up resources that are available to them so that others can have an opportunity to enter the middle class. It’s not impossible; it is hard, though, because we’ve grown comfortable suppressing low-income blacks, to our benefit.

My proposal isn’t as far-fetched as it may seem. Changing demographics portend a different legislative future. Black women preside as mayors of Louisiana’s three largest cities: New Orleans, Baton Rouge and Shreveport. And millennials (those ages 18 to 34)—who represent a quarter of the total population, 44 percent of them minority—will have their say.

Just a year ago it was unimaginable that Alabama would elect a Democratic senator. Now Doug Jones represents the Southern red state. Who would have thought last year that teenagers could shift the gun control debate? And the #MeToo and #BlackLivesMatter movements are taking down sexist work cultures and racist cops. Young people, especially those of color, have grabbed the bullhorn and we are hearing them. They can also shift the debate on who deserves a college scholarship.

Yes, upper-middle-class people will lose some of that money, but they’ve had more than their fair share for decades. It’s only time that they allowed the victims of discrimination their turn.

Dr. Andre Perry, a contributing writer, is a David M. Rubenstein Fellow at The Brookings Institution. His research focuses on race and structural inequality, community engagement and education.