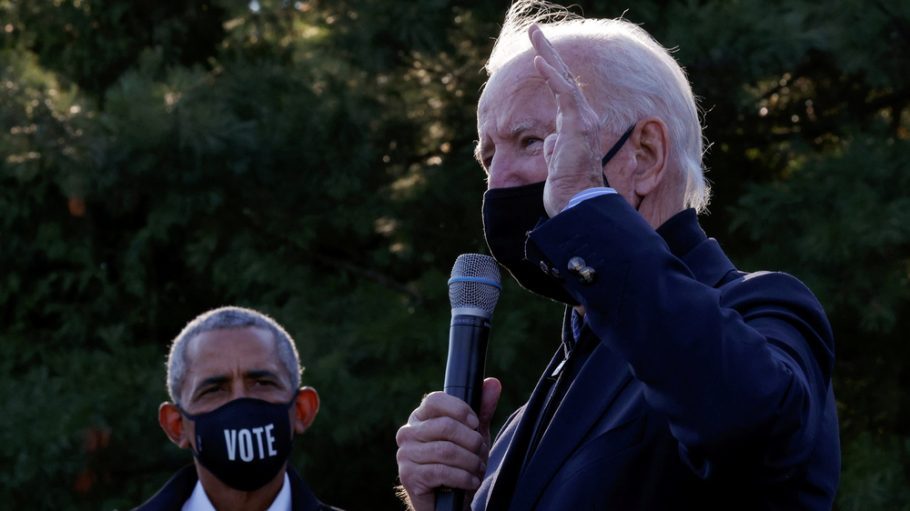 Dr. King called moderation the “great stumbling block in the stride toward freedom.” Biden should heed that warning today.

Twelve years ago, the inauguration of America’s first Black president had many Americans believing that a future free of racial discrimination and inequality was finally within reach.

This year, as Obama’s former vice president Joe Biden takes office amid a surge in far-right violence, it’s clear we have a long way to go — not just to build a safer country for all of us, but to close the vast racial wealth divide.

Despite Obama’s historic victory, his administration made little to no progress in bridging this divide.

Over Obama’s presidency, median Black wealth never returned to even its modest $10,700 from before the Great Recession. By 2013, it had dropped to just $1,700 — virtually nothing — even as white wealth rebounded.

In fact, the racial wealth divide in the latter half of the Obama presidency was the largest it’s been in the last 30 years. Income inequality remained virtually unchanged, too. In 2007, Black Americans earned about 60 percent as much as whites. By 2016, that had fallen to 58 percent.

Of course, the failure to bridge racial economic inequality is not unique to the Obama presidency. Whether under Trump, Clinton, or either Bush, there has been little to no progress in bridging the economic divide for African Americans in wealth, homeownership, and income.

This lack of progress should be a wake-up call: Bold action is necessary. That’s why we’re calling on President Biden to announce a White House Office of Racial Economic Equity on his first day.

This office should develop a government-wide audit to rigorously assess all significant economic policies and programs for how they affect racial inequality. This office should also issue a public report with actionable reforms and legislative proposals for Congress.

Biden’s inauguration falls just two days after Martin Luther King, Jr. Day. It was almost 60 years ago, in the famous “Letter from a Birmingham Jail,” that Dr. King bemoaned that moderation was the “Negro’s great stumbling block in the stride toward freedom.”

He was right. In the 21st century, we have seen Black progress go from a “stride toward freedom” to being stuck in economic apartheid. Moderate reforms by Democrats — along with often open hostility from Republicans — have corresponded with decades of failure in addressing racial economic inequality.

Biden will be the 45th white man to take the presidency. Unlike Obama, or his own vice president Kamala Harris, Biden’s inauguration will not make history. Still, Biden has the opportunity to do what the Obama administration and every other administration has failed to do over the last 40 years.

Opening a White House Office of Racial Economic Equity should be a first step in steering the country toward greater opportunity and financial security for African Americans. It is way past due to finally “Build Back Better” for Black America.