Reparations in defense of our democracy

You Are Here: Home » Commentaries/Opinions » Reparations in defense of our democracy 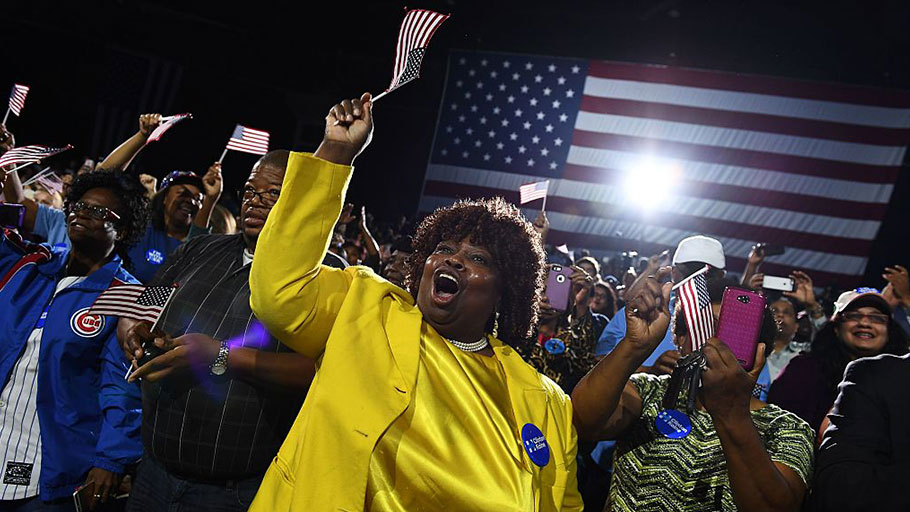 By Evelyn N. Farkas, The Hill —

With the release of the new movie “LBJ,” we are reminded of a time when foreign and domestic policy seemed more separate, when Americans could revile LBJ for the Vietnam War, and the same Americans could admire him for his earth-shattering Jim Crow-smashing civil rights legislation.

But today foreign and domestic policy seem inextricably linked, not least because our adversary in the Kremlin is blatantly using our domestic weaknesses to seek international advantage.

Our understanding of Russia’s meddling in 2016 elections now includes the Kremlin’s use of targeted false news stories, spread on Facebook and Twitter, to exacerbate existing racial, religious and other divisions in American society, as well as to specifically harm Hillary Clinton and help Donald Trump.

In some ways what is new is old — the Soviet Union also sought to pour salt into our societal wounds, but back then they couldn’t target U.S. populations so directly and accurately. In the same vein, turn on English-language Russian-government funded propaganda television RT on any day and you get stories of African-American inner city killings and crumbling infrastructure; it’s the visual to President Trump’s various exaggerated and inaccurate depictions of black America, or just America.

The reality is not as grim as the “American carnage” the president invoked in his inaugural address, but we are as imperfect a society as any, with an imperfect democracy and free market economy. Nonetheless, the strength of America has always been our ability to iterate, evolve, change, improve — and to atone.

The world, and many Americans, are asking what “America First” means and whether we still stand by our national values — a civic nationalism based on adherence to our constitution and bill of rights — and the defense of democracy at least among allies and partners.  Our president, sadly, will not unite us.  Congress has been more or less united on the threat posed by Russia, but also hasn’t yet been able to rally Americans back around our common values.

If America First means, at least as an initial step, strengthening our “shining city on the Hill,” re-affirming liberty and tolerance, and addressing and redressing the shortcomings of our society, let’s go all in.  And if we are to be “truthful, gentle and fearless” (to steal from Gandhi) one issue we must address, the one that continues to weigh on America, is the price that slaves and their descendants have paid to make America great.

Today, through housing policies, the criminal justice system and other less obvious or perhaps unintentional practices, African Americans are still suffering from the legacy of slavery and certainly the reality of racism. As the writer Ta- Nahisi Coates points out, in his compelling 2014 Atlantic  article calling for reparations for slavery:

“Two hundred fifty years of slavery. Ninety years of Jim Crow. Sixty years of separate but equal. Thirty-five years of racist housing policy. Until we reckon with our compounding moral debts, America will never be whole.”

A Pew Research Center study released this month lays out further evidence of America divided by party affiliation, political values, the role of government and race.  However, that study notes that 61 percent of respondents to a poll taken before the August Charlottesville, Va., demonstrations and the murder of a young woman by an apparent white supremacist, “say the country needs to continue making changes to give blacks equal rights with whites, compared with 35% who say the country has made the changes needed to give blacks equal rights with whites.”

In comparison with past Pew polls, the public is less evenly divided on this question than as recently as 2014. Democrats and those leaning-Democratic are far more likely (81 percent) to say the country needs to continue making changes to give blacks equal rights with whites than Republicans, but the share of Republicans agreeing with those Democrats has increased since 2014. The same is true when comparing white and Hispanic opinions with black opinions. The gap has narrowed.

According to the Pew survey, the share of American respondents who say “racial discrimination is the main reason why many blacks can’t get ahead is up 9 points since last year and is the highest it has been in Pew Research Center surveys dating to 1994.”  That shift is Democratic, not bipartisan.

Nonetheless, if Pew were to poll Americans and ask them whether they wanted to feel good about America, to be proud of America, the answer would surely be a near-unanimous resounding bipartisan yes. Americans also generally support equal opportunity, honest historical reckoning and the strengthening of our country against foreign interference.

Congress should seize this opportunity to make America proud — and strong — again.  It should address America’s deepest domestic — and indeed international — vulnerability by passing legislation to study and address reparation for the descendants of slaves. At a minimum, as Coates has advocated, Congress should pass Congressman John Conyers Jr.’s (D-Mich.) bill H.R. 40 (introduced with each Congress since 1989), establishing the Commission to Study Reparation Proposals for African Americans Act.

America is divided, seemingly adrift and the world is watching in alarm.  It is time to address the legacy of slavery, our greatest historical sin and societal deficiency, to bind our wounds, to reaffirm our democracy and our pledge of allegiance to “one nation, under God, indivisible, with liberty and justice for all.”

Evelyn N. Farkas, Ph.D. is a senior fellow with the Atlantic Council, served as Deputy Assistant Secretary of Defense for Russia/Ukraine/Eurasia from 2012-2015 and served almost a decade combined as a Senate Armed Services Committee staffer and Executive Director of a congressional commission.