REPARATIONS, Not Only Possible … But INEVITABLE!

You Are Here: Home » Blog » Commentaries/Opinions » REPARATIONS, Not Only Possible … But INEVITABLE! 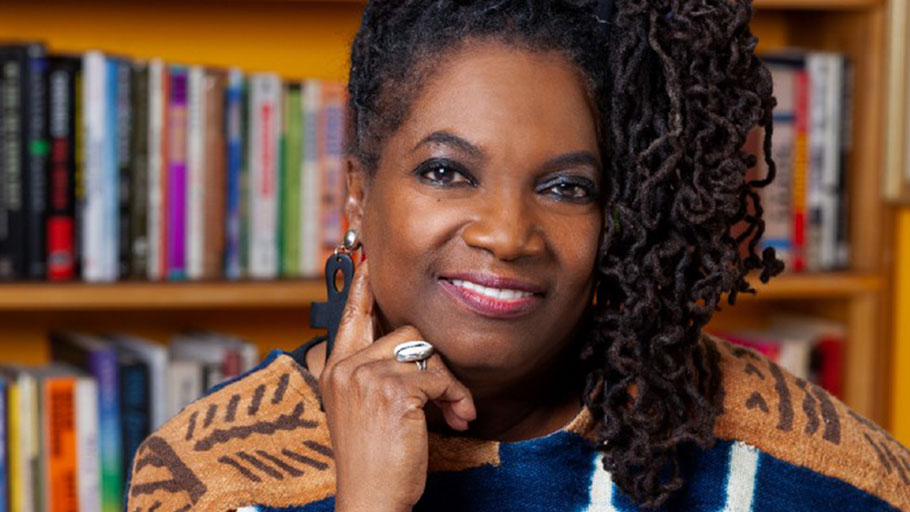 WASHINGTON — If acknowledgement is the first step toward acceptance, reparations for Black people in America has taken a major step forward. The Feb. 17th House Judiciary subcommittee hearing on Reparations is one case in point. Then you add the recent Harvard study from Harvard Medical School and the Lancet Commission on Reparations and Redistributive Justice that shows, as Kamm Howard from the National Coalition of Blacks for Reparations in America (N’COBRA) testified, America would have gotten a 100 to 200 percent return if it had instituted reparations in the past.

After last week’s Capitol Hill hearing, Matthew McCarthy of Ben & Jerry’s wrote an entire essay in support of H.R. 40, the proposed legislation that was the hearing’s topic, that would create a commission to make recommendations to Congress on appropriate remedies. “America must finally reconcile with a history that, while full of exceptional accomplishments, is still deeply tarnished by the original sin of slavery — the act of dehumanizing and destroying black people for profit. Corporate America has a special role to play in encouraging our nation to address this history,” McCarthy wrote for Fast Company on Feb. 19. 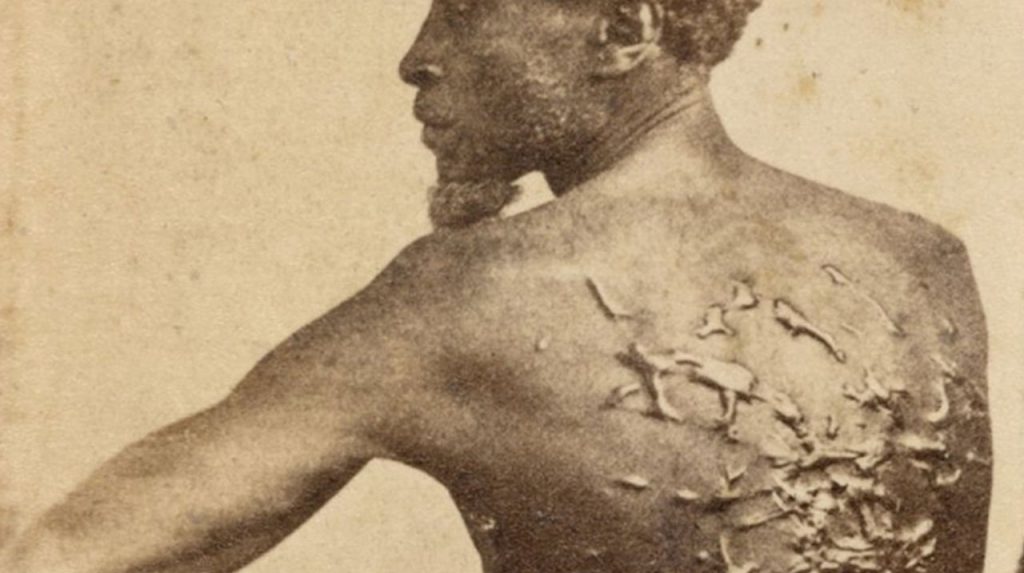 I learned about America’s ignoble side early. As a teen shortly after the Civil Rights movement’s height, I learned about reparations as a redress for dehumanization and was completely moved. To my young mind there was an unbroken line that connected the horrors of the enslavement era and the degradation of Jim Crow to the present. So I went out and attempted to open minds about reparations in my community of Washington, D.C. I was often ridiculed; called too militant, too extreme. I was learning that huge political moves are commonly laughed at, particularly at first encounter. Amusingly, Ta-Nehisi Coates, whose 2014 Atlantic cover story on reparations opened the door for several 2020 Democratic Presidential candidates to take the idea seriously, was not even born when I started this journey.

So it’s been a long road for me on this issue, and I’m thrilled to see it advance this far, despite detractors including two African Americans who, with contrary consciences and consciousness, testified against the bill. Their hostility, however, simply further illuminates the ongoing trauma still suffered by Black people. Thankfully, however, parts of America are awakening and understanding that the active role federal, state and local governments, corporations, industries, religious institutions, educational institutions, private estates and other entities played in supporting the institution of slavery and its vestiges is one that can no longer be ignored, dismissed, or swept under the rug.

The time is now ripe that intergenerational wrongs be recognized and examined, discussed and redressed.

Isubmitted written testimony for the hearing’s record. In it I asserted the declaration from the National African American Reparations Commission (NAARC), on which I serve, that “no amount of material resources or monetary compensation can ever be sufficient restitution for the spiritual, mental, cultural and physical damages inflicted on Africans by centuries of the Maafa, the holocaust of enslavement and the institution of chattel slavery… which spanned generations to negatively affect the collective wellbeing of Africans in America to this very moment.” Indeed, the illegal kidnapping, cultural assault and nearly 300 years of forced free labor, followed by 100 years of convict leased labor, black codes, sharecropping, the peonage system, lynchings, mass murders, systemic racism, Jim Crow, gerrymandering, redlining, educational inequities and mass incarceration, still exist within our collective genes. 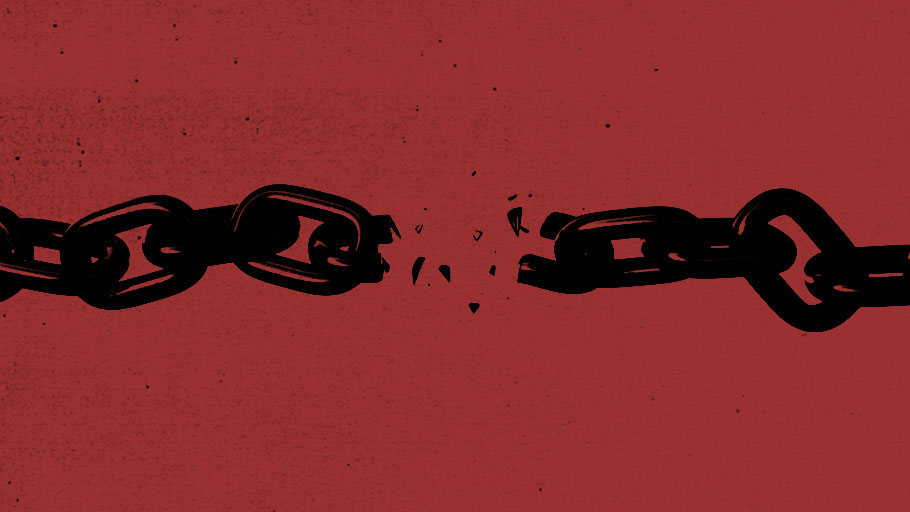 forces or actual compensation in the cities of: Asheville, North Carolina; Chicago, Illinois; Providence, Rhode Island; St. Paul, Minnesota; Amherst, Massachusetts; Burlington, Vermont and Washington, D.C. Meanwhile, the Virginia and Princeton theological seminaries have made their mark, and dioceses of the Episcopal Church in several jurisdictions have committed monies as a moral statement of the church’s historic complicity. Georgetown University, which stands today because of the sale of Black people owned by its founding Jesuits, is grappling with approaches for reparative justice. Twenty states, including the District of Columbia, have passed or are considering passing resolutions to declare racism a public health crisis.

The bill’s House sponsor, U.S. Rep. Sheila Jackson Lee (D-Tex.), who has taken the H.R. 40 reins since the 2017 retirement of the late U.S. Rep. John Conyers (D-Mich.), who first introduced the legislation in 1989, is hard at work to ensure a successful passage in the House. I’m sure Jackson Lee has a full plate with the problems in her state right now, but her commitment to this cause has been exemplary, and the bill’s eventual passage will be a noble legacy to Conyers who kept the congressional fire on this issue burning throughout the years.

It is my fervent hope that the open call from McCarthy of Ben & Jerry’s for other CEOs “to use our unique power and privilege to help our nation begin to heal” is heeded because acknowledgement and a reckoning with the past must be a collective endeavor. Others must also join the myriad of jurisdictions, religious and academic institutions and companies, including the Players Coalition of professional athletes, coaches and owners across leagues and the U.S. Conference of Mayors, both of which have endorsed reparations. As newly-installed U.S. Rep. Cori Bush (D-Mo.) said at the hearing, the federal government must answer for white supremacy movements and structures, then and now.

Finally, I think it’s important to note that Kathy Masaoka of Nikkei for Civil Rights and Redress reminded us at the hearing that their reparations process allowed three generations of Japanese-Americans to come together and share their pain, and that Blacks should have the same opportunity.

We all saw the lynching of George Floyd. We all saw the Capitol insurrection. Now we must all see this step toward healing — the passage of HR-40 and its Senate counterpart S-40, either legislatively or by executive order, as the right one at this time, in this day.

Reaffirming Our Africanness and Radical Tradition, 1960s: Liberation’s Coming From a Black Thing

Reaffirming Our Africanness and Radical Tradition, 1960s: Liberation’s Coming From a Black Thing
We Need Your Support — Donate, Share, Sign-Up Ways to Support