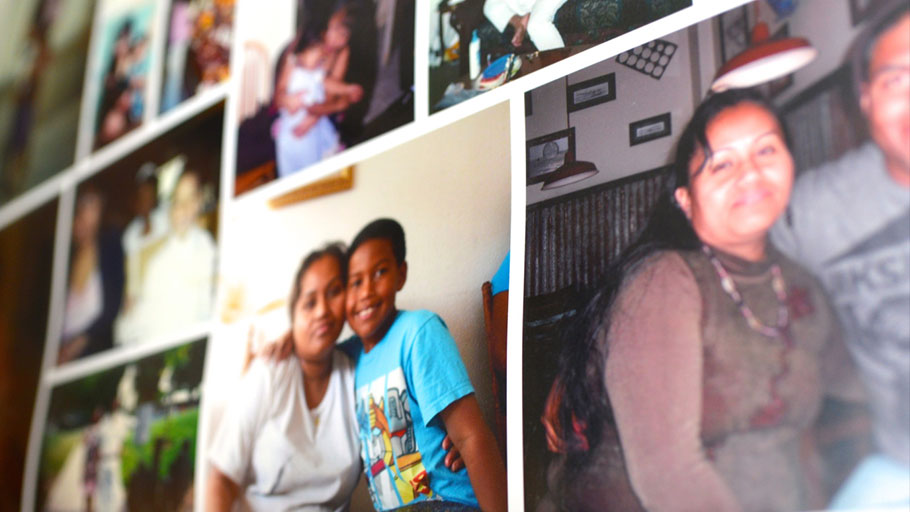 The Secret Lives of Afro-Mexicans in America

You Are Here: Home » Blog » Commentaries/Opinions » The Secret Lives of Afro-Mexicans in America

Like most Mexican immigrants in Santa Ana, California, the Cisneros family frequently participates in cultural and ethnic celebrations that remind them of the lives they once led in Cuanjinicuilapa, Guerrero—a small, quaint town in southern Mexico.

Their home is adorned with ornaments they have accumulated over the years, from Mexican calendars to small trinkets, each wall lined with nostalgic portraits of quinceañeras, weddings, and other family celebrations. Their kitchen holds an assortment of Mexican spices and herbs that help create recipes they learned from their Mexican relatives. They communicate primarily in Spanish.

Even so, people who don’t know them are often “alarmed” to hear them speak Spanish or identify as Mexican, patriarch Luis Cisneros acknowledged. 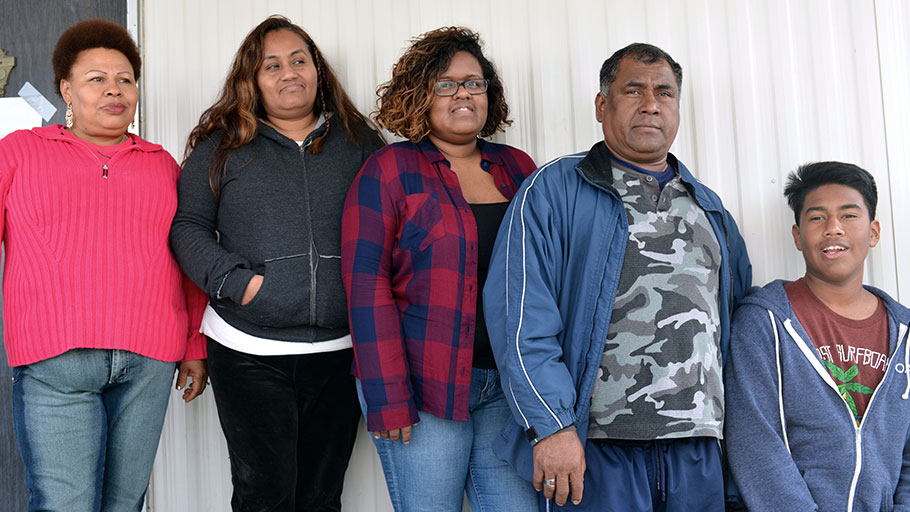 From left to right: Reyna Salinas and the Cisneros family: Lorena, Crystal, Luis, and Paco

The Cisneros clan is one of the many Afro-Mexican families in Santa Ana who proudly identify with both Mexican heritage and their African ancestry.

Like other Afro-Mexican families from Cuanjinicuilapa, Luis and his wife Lorena immigrated to Santa Ana—a city of 330,000 some 30 miles south of Los Angeles—because there were dismal employment opportunities in their hometown. While there’s no exact count for the Afro-Mexican population in the U.S., according to the 2010 Census there are roughly 25,000 Latinos of African descent in Los Angeles County.

And according to Luis, Santa Ana is only one of the many cities where Afro-Mexicans have migrated. “I have relatives that moved to North Carolina to work and they are happy over there,” he said from the family living room.

Mexican President Vicente Guerrero — whose
father was of African ancestry — abolished slavery
in 1829, long before it was abolished in the U.S

Luis and Lorena were both born and raised in Cuanjinicuilapa and were married as teenagers. But each immigrated to the U.S. at separate times during the early 1990s. Today, they live in a community that boasts a large concentration of first- and second-generation Mexican immigrant families who primarily hail from Central-Western Mexican states like Jalisco and Michoacán. Being around other Mexican immigrants, they explained, has given them a much-needed glimpse of life back in Guerrero—and the relatives they left behind. Their children Crystal and Paco, however, were born and raised in Santa Ana and feel strongly connected to their U.S. upbringings.

While their hometown isn’t as well known as larger Mexican cities like Mexico City and Guadalajara, Cuanjinicuilapa has recently garnered international attention for the advocacy work of Afro-Mexican groups like Mexico Negro, which recently pushed the Mexican government to include Afro-Mexicans on the national census – counting approximately 1.4 million people of African ancestry throughout the country. 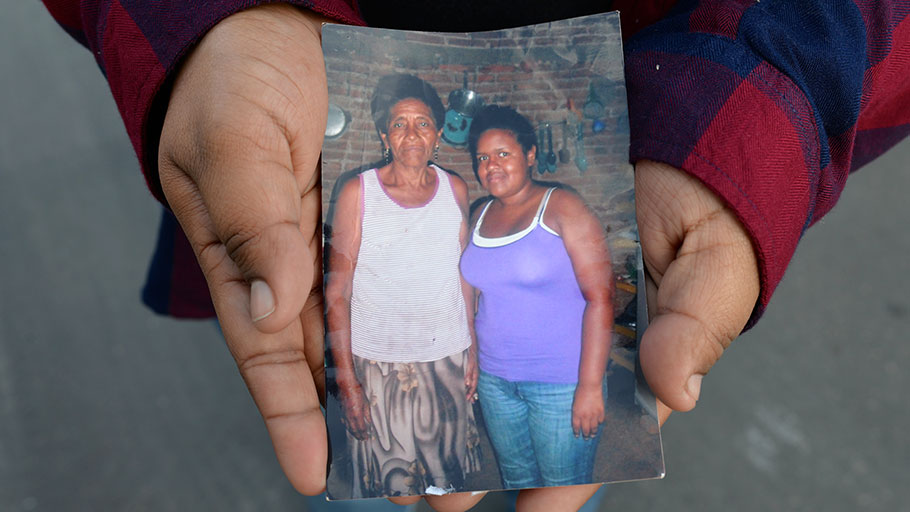 Crystal holds a photograph of her visit to her grandmother in Mexico .

Still, compared to Mexico’s indigenous and mestizo populations, little is known about a group of people who are the direct descendants of enslaved Africans forcefully brought to Mexico in the 16th century through the port city of Veracruz.

Beginning in the 16th century, the Spanish crown imported approximately 200,000 Africans to Mexico to replace a depleting indigenous labor force. At one point, historians claim, one of every two African slaves headed to the Americas were brought to Mexico during this same time period.

Following its independence from Spain in 1821, Mexican President Vicente Guerrero – whose father was of African ancestry—abolished slavery in 1829, long before it was abolished in the U.S.

Today, the inclusion of Afro-Mexicans as a distinct racial and ethnic category brings a semblance of hope for a population that has historically experienced generational economic, and political neglect. But Afro-Mexican families in the U.S., like the Cisneroses, continue to have looming questions about their identity and future.

According to Jennifer Jones, a professor of sociology at the University of Notre Dame, the experiences of Afro-Mexicans in the U.S. have failed to receive the same recognition as Afro-descendants in Mexico for a variety of reasons including legal status, access to resources, and police harassment.

“People do not know enough about us…
They cannot forget about us.” — Luis Cisneros,
an Afro-Mexican in Santa Ana

“They tend to come from low-income farming communities,” she explained, “and migrated here for economic opportunity. Most of them are just trying to get by. They are identifiable minorities, unable to access drivers’ licenses, educational opportunities, and in most cases, afraid of being targeted by law enforcement.”

Being an Afro-Mexican in the U.S., Jones said, is complicated.

“Afro-Mexicans, like other Afro-Latinos, are in a position to experience and recognize how their racialized experiences put them at the intersection of two major moments in minority mobilization—Black Lives Matter and immigrant mobilization,”she said. “Undoubtedly, many Afro-Mexicans see and experience these connections. But we tend to ignore the voices of Afro-Latinos in general—treating Latino and black as discrete categories, when in fact there are many who fully embody both of these categories.”

But it’s far from a homogenous experience – and within every family and community there exists nuance and a generational component that creates unique experiences. 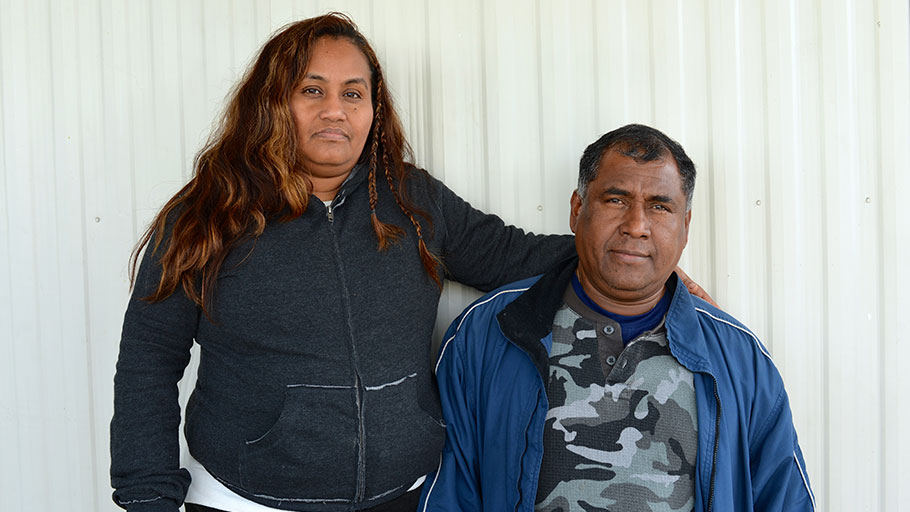 Lorena and Luis were born in the same hometown, but immigrated to the United States separately.

For Luis, living in Santa Ana has meant always having to explain his “Mexicanness” to people. Because he’s often mistaken for African American, “passing” has also brought him some advantages.

“When I first arrived to Santa Ana,” he explained, “it was easier for me to live here because everyone thought I was African American. My Mexican friends would always joke that when I was crossing the border, I didn’t need to wait in line with them.”

When asked about his relationship to African Americans, Luis said he has always felt connected to the community and believed they didn’t “have many differences.” But while he has amicable relationships, he ultimately feels that not speaking English has prevented him from having many non-Latino friends.

“We are the same as black people, and we live very similar lives,” he said. “I don’t speak English and that has affected things, and sometimes that confuses a lot of people. But we are the same.”

Luis saw considerable similarities between his experiences and that of African Americans—his wife did not. She spoke of differences that stemmed from a lack of frequent exposure and contact.

“I haven’t had many experiences with black people here because of language differences,” she said. “I think they’re different than us. But I almost always interact with people from Cuanjinicuilapa because I don’t feel connected to other people because I don’t speak English.”

Like her husband, Lorena also feels positive about the recent developments with the Afro-Mexican community in Mexico, but also believes that more resources are needed.

“I was happy because the Mexican government has now given these people value and their rights,” she explained. “Afro-Mexicans in Guerrero need more help than others. Those communities have no doctors or schools. And people barely have clothes on their back and they need schools and hospitals over there.”

“We have always been in Mexico,” said Luis. “The government just didn’t count us.” 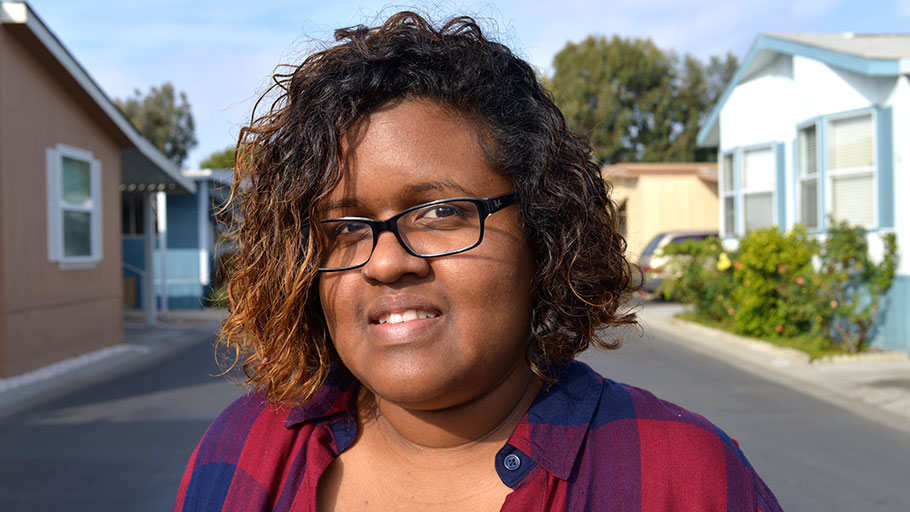 Crystal, 21, says people always ask about her racial background. She likes to make them guess.

Crystal’s parents have to navigate a society where language differences impact their interpersonal relationships. Crystal, 21, in contrast, was born and raised in the U.S and speaks English. But she still gets questioned about her racial background all the time.

“I like to have them guess,” Crystal said. “I usually get Dominican and Puerto Rican, but I never get Mexican. People would say I didn’t look Mexican. It used to offend me. It used to really bug me at first. But not anymore. At the end of the day, I know I’m Mexican and that’s what I am.”

Growing up as first-generation Afro-Mexican in Santa Ana has meant that her peer group was formed around people who looked like her but did not necessarily share the same ethnic background. One particular experience in high school stood out to Crystal among the rest.

“When I went to a new high school, my first friend was black and was also new to the school, and she said that the only reason she talked to me was because I was dark-skinned and she thought I was a black girl with good hair. We were friends and I hung out with her friends who were also black, and we were the “black girls” at school. I didn’t fit in with the Hispanics because I didn’t look like them. They were light-skinned with dark hair and the color of my skin wasn’t the same as theirs.”

Having to constantly explain herself to her peers was “tiring and frustrating” for Crystal, Traveling to her parents’ hometown to visit her relatives provided her with a sense of racial assurance that she did not find in Santa Ana.

“I’ve gone to Guerrero three times and I love it. Everyone who lives there looks like me, and it makes me feel at home. I never have to explain myself. The first time I went there, I was in high school and I went with my brothers. My dad’s side of the family and I all look alike—we’re dark-skinned and curly-haired. It was amazing.” 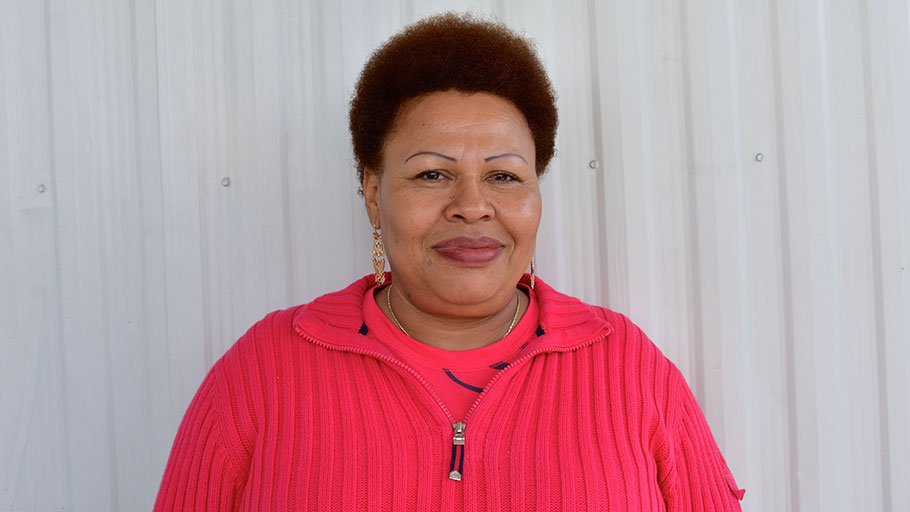 Reynas Salinas met the Cisneros family on Facebook. She says her Afro-Mexican roots go back generations.

Reyna, also a native of Cuanjinicuilapa, met the Cisneros family on an Afro-Mexican Facebook page in 2010. They’ve since created a relationship founded on their shared love for their hometown and their shared experiences in Santa Ana.

When asked why she chose to live in Santa Ana, Reyna said the community of Afro-Mexicans and African Americans there makes her feel comfortable.

“I’ve lived in Santa Ana for 19 years because all my raza is here. It feels like home,” she said.
“Even though I’m not very close to the black people here, they think I’m one of them. I don’t mind it because, to me, there is no difference between Afro-Mexicans and black people here – we come from the same place.”

For Reyna, knowing her Afro-Mexican roots (which according to her “date back generations”) has given her a sense of pride in who she is.

“I’ve always known I was an Afro-Mexican woman,” she recalled. “I am very aware of the history of our people. When I was a kid, my grandparents would tell us that we came from Africa. My father would say that African slaves who moved there long ago founded our pueblo. They even said that they used to have round huts made of straw and palm leaves.”

“Afro-Mexicans in the U.S. need to also be recognized. People do not know enough about us. We exist in Guerrero, but we also exist in the U.S. – they cannot forget about us.”

Walter Thompson-Hernández is a Los Angeles-based writer, photographer, and researcher.