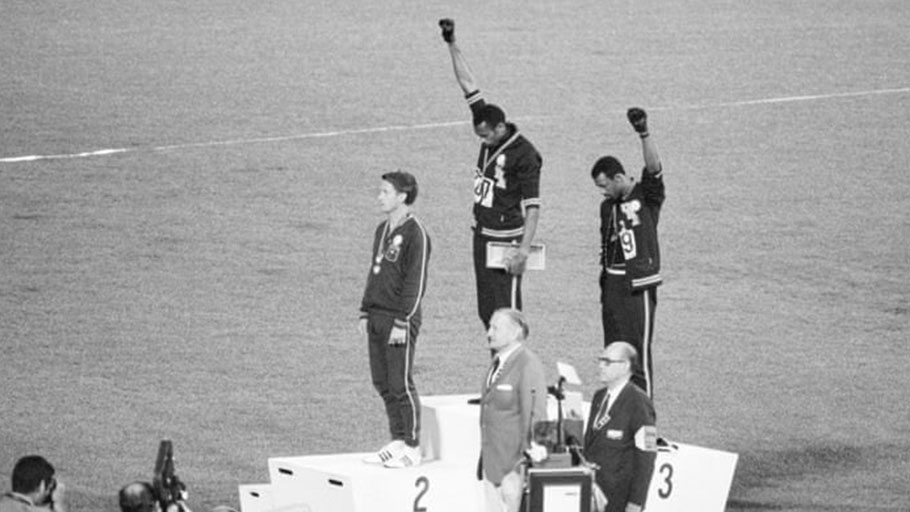 You Are Here: Home » Blog » Commentaries/Opinions » Smith and Carlos embodied many African Americans’ Summer of Love and Reckoning

Fifty years ago this week, two proud Olympians raised their fists to call attention to social injustices. Their gesture made my heart swell with pride.

By Kareem Abdul-Jabbar, The Guardian —

In the summer of 1967, 100,000 fashion-forward and social-forward youth gathered in San Francisco in what has famously been called the Summer of Love. Similar gatherings occurred throughout the US, Canada, and Europe, all in an effort to reject the Vietnam War, consumerism, and governments who had proven less than forthright, while promoting the ideals of love, kindness, and compassion. The Summer of Love has been branded and celebrated as a symbol of the 60s. African Americans had another name for that summer: the Long, Hot Summer of 1967. During that time, 150 black communities burned in riots, with 26 people killed in Newark, New Jersey, and 43 in Detroit. By the following summer, Dr Martin Luther King Jr and Bobby Kennedy, two guiding lights in civil rights, had been assassinated. Black people were not feeling the love. That’s the context for the 1968 Summer Olympics when, 50 years ago this week, Tommie Smith and John Carlos raised their gloved fists from the podium in Mexico City, medals dangling from their necks, while the US national anthem played. To many African Americans, that was the Summer of Love – and Pride, and Reckoning.

I was 20 when this happened. I’d been invited to join the Olympic men’s basketball team and had anguished about it for weeks. I gathered with several other black athletes to discuss our misgivings with sociology professor Dr Harry Edwards, who urged us to boycott the Games. We discussed the turmoil in the cities and the systemic oppression. The Vietnam War was also on our minds. We were the same age as many of the soldiers fighting and dying. One Air Force report confirmed what black soldiers already knew: “Unequal treatment is manifested in unequal punishment, offensive and inflammatory language, prejudice in assignments of details, lack of products for blacks at the PX, harassment by security police under orders to break up five or more blacks in a group and double standards in enforcement of regulation.” Military discrimination had harsh consequences: by 1966 over 20% of US combat casualties in Vietnam were black, which was a much higher percentage than the total of blacks in the military.

We had a lively debate, with some athletes explaining that this might be their only chance to compete at this level. Dr Edwards was for the boycott. As he later told the New York Times Magazine: “For years we have participated in the Olympic Games, carrying the United States on our backs with our victories, and race relations are now worse than ever … It’s time for the black people to stand up as men and women and refuse to be utilized as performing animals for a little extra dog food.” In the end, we decided that a mass boycott wasn’t the answer. Given the rampant racism of the time, I couldn’t see me competing to glorify the country that was working so hard to keep black Americans from having their constitutional rights. The hypocrisy didn’t sit right with me. Instead, I took a job in my hometown of New York City, teaching basketball to inner-city kids. 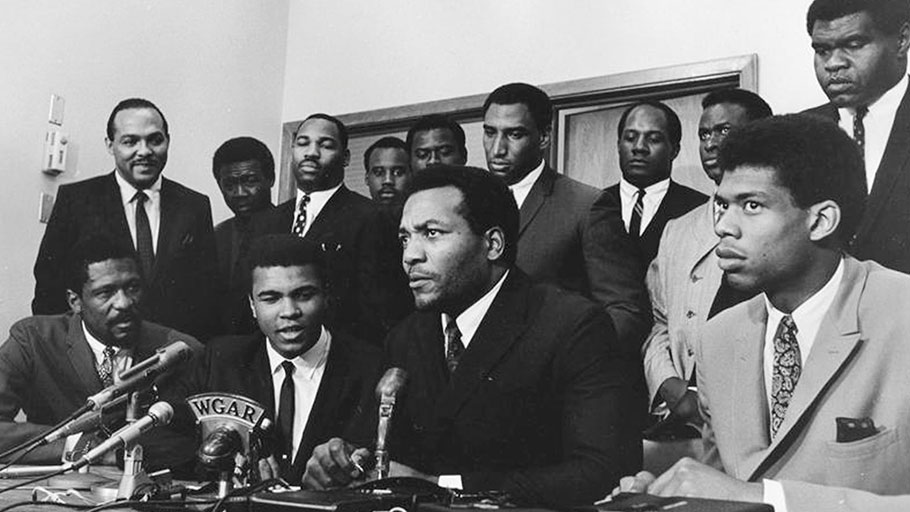 Fast forward to 16 October 1968. Smith and Carlos, after winning first and third in the 200m dash, raised their black-gloved fists from the medal podium and bowed their heads during the playing of The Star-Spangled Banner. It was a shout-out heard ‘round the world. The reaction wasn’t just a matter of race: conservative whites and blacks were disgusted and liberal blacks and whites were elated. Jesse Owens had been sent to talk to the black athletes before the games to dissuade them from showing any form of protest. He was angry that it hadn’t worked. Some blacks thought that such overt displays of frustration and anger only goaded racist America to justify their bigotry. Others, in contrast, were convinced that civility and manners had resulted in very little progress.

For me, the sight of those two proud athletes raising their fists to call attention to social injustices, knowing they would face death threats and probable expulsion from the Games, made my heart swell. The public backlash only proved their point: on one hand, you had voter suppression, police brutality, poverty, starving children, lesser education, lesser job opportunities, and a government doing very little to change it. On the other hand, you had people worried that their enjoyment of a sporting event was momentarily “ruined” because someone silently expressed a shameful truth.

Sadly, here we are 50 years later facing some of the same shameful truths and witnessing some of the same shameful reactions. Tommie and John came home heroes to the millions of Americans who they had spoken up for and villains to the millions they had spoken to. The outspoken athletes of today – like Colin Kaepernick, LeBron James, Steph Curry, and many others – face the same hostility from good people who are just ignorant of the facts, from those who are terrified of the gradual browning of America, and from those who profit from social disparity. They already have a voice in the White House under the most dishonest, racist, and reactionary administration in modern history.

We all long for the day when no athlete will raise a gloved fist or take a knee or wear a t-shirt that says, “I can’t breathe.” But most of us want that day to come about because there’s no more need for those gestures, because America has finally committed to following its own Constitution. Until that day … well, you know.

Black Power salute: 50 years on how much has changed?

Fifty years ago, two 200m runners set the Olympics in Mexico City alight by giving Black Power salutes on the podium as they collected their medals. Tommie Smith and John Carlos said their clinched fists showed the solidarity of black America. The pair had no shoes on – to represent those living in poverty – and had human rights logos on their jackets, which Australian silver medalist Peter Norman wore as well. They both say there is still a great deal more to be done to tackle racism.