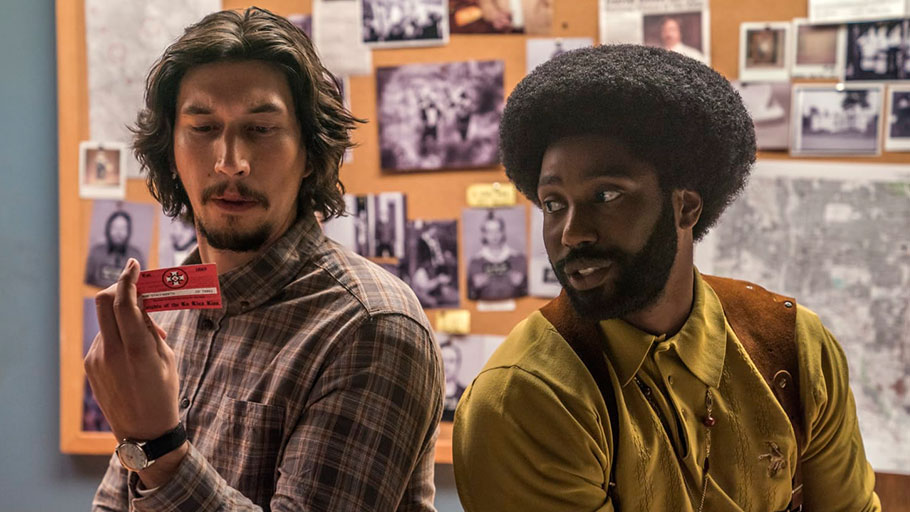 Spike Lee’s ‘BlacKkKlansman’ Is a Searing Indictment of Trumpism

You Are Here: Home » Blog » Commentaries/Opinions » Spike Lee’s ‘BlacKkKlansman’ Is a Searing Indictment of Trumpism

The latest from the legendary filmmaker, which made its premiere at the Cannes Film Festival, features a David Duke character who sounds awfully familiar to Donald Trump.

By Richard Porton, The Daily Beast —

CANNES, France — Nothing if not topical, Spike Lee’s BlacKkKlansman, which premiered in competition on Monday at Cannes, takes aim at resurgent racism in the age of Trump by dredging up a little-known episode from the 1970s. In 1978, when the town of Colorado Springs, Colorado, was experiencing a startling rise in Ku Klux Klan membership, Ron Stallworth (played by John David Washington, the son of Denzel, in the Lee film), the first black cop on the local force, infiltrated the group that prefers to call itself “The Organization.“

Although the tale of an undercover “black Klansman” might sound like a more sober companion piece to Dave Chappelle’s black white supremacist skit, Stallworth performed his successful undercover stunt by impersonating a rabid white racist on the telephone while a white colleague, Flip Zimmerman (Adam Driver), attended meetings and befriended white supremacists.

Far from a standard biopic or period piece, BlacKkKlansman combines absurdist satirical humor and earnest agitprop with mixed results. Despite its tonal shifts, however, it’s a supremely personal project that assembles a virtual anthology of Spike Lee preoccupations. A pre-credits sequence juxtaposes an over-the-top racist tirade performed by Alec Baldwin with clips from Gone with the Wind and The Birth of a Nation, D.W. Griffith’s infamous pro-Klan silent epic. Anyone vaguely familiar with Lee’s filmography is aware that he was nearly kicked out of NYU for directing a short called The Answer, a frontal attack on Griffith’s film that outraged film professors who revered Griffith’s technical innovations but ignored the film’s success as a recruiting tool for the KKK. A fascination with racist popular culture, especially the notorious tradition of minstrelsy, also suffuses 2000’s Bamboozled, a movie that was notoriously underrated at the time of its release but now seems alarmingly prescient.

Early in the film, Stallworth‘s first undercover assignment involves covert surveillance of a meeting led by Kwame Ture, a.k.a. Stokely Carmichael, the activist who popularized the term “black power” in the sixties. The event is organized by Patrice Dumas (Laura Harrier), the president of the local college’s Black Student Union. Her hesitant romance with Stallworth underlines the central contradictions posed by his choice of profession. A more or less conservative police officer, whose family reveres the military, he is entranced by much of Ture’s fiery rhetoric and is certainly charmed by Patrice’s beauty and militancy. Lee’s tendency to drive home his themes in a fairly on-the-nose fashion surfaces in Patrice’s compulsion to lecture Stallworth on W.E.B. Du Bois’s concept of “double consciousness”—the notion that African-Americans must conduct an ongoing struggle to reconcile their racial identity with their status as Americans. Stallworth might be a self-hating “pig” to some of his radical acquaintances but he’s also sufficiently immersed in black pop culture to debate the pros and cons of Tamara Dobson and Pam Grier’s film careers and weigh the virtues of Shaft vs. SuperFly.

A handful of bleakly farcical sequences pit Flip Zimmerman against the bunch of racist lunkheads who comprise the dumb and dumbest members of the Colorado Springs Klan branch. Felix Hendrickson (Jasper Paakkonen), an especially trigger-happy Klansman, becomes Zimmerman ‘s nemesis and pegs him as Jewish from the start. In an amusingly ludicrous sequence, Felix’s insistent attempt to see if Zimmerman is circumcised is only foiled when the Jewish cop cries foul and implies that the homophobic redneck might be a closet case.

Lee’s most audacious move is his decision to make David Duke (Topher Grace), the Grand Wizard of the KKK who endeavored to take the hate group into the mainstream, a blatant Trump precursor and surrogate. Duke prattles on about “America First,” a reference that elicited knowing laughter from journalists at the press screening. His blinkered nostalgia for the lily-white America of the founding fathers is chillingly reminiscent of the verbiage employed by 21st century Republican stalwarts. The schism between Black Lives Matter and their opponents is illustrated in a sequence that intercuts an activist’s (Harry Belafonte) account of the 1916 lynching of Jesse Washington with a Klan initiation ritual and racists blithely enjoying some of The Birth of a Nation’s most offensive sequences.

If the affinities between the Klan’s deadly buffoonery in the seventies and America’s current racial maelstrom isn’t clear enough, Lee gilds the lily by tacking on an epilogue reprising news footage of the 2017 white supremacist rally in Charlottesville, Virginia, and Trump’s speech insisting that there were “very fine people” on both sides of the racial divide.

In 1989, Lee’s Do the Right Thing, his third and still his best feature, premiered in competition at Cannes. (Lee insists that he was robbed of the Palme d’Or, which went to Steven Soderbergh’s Sex, Lies, and Videotape, by jury president Wim Wenders.) Admittedly a weaker film, BlacKkKlansmanshares something of the older classic’s combination of comedy, pathos, and political outrage.