Stop ‘whitesplaining’ racism to me

You Are Here: Home » Commentaries/Opinions » Stop ‘whitesplaining’ racism to me 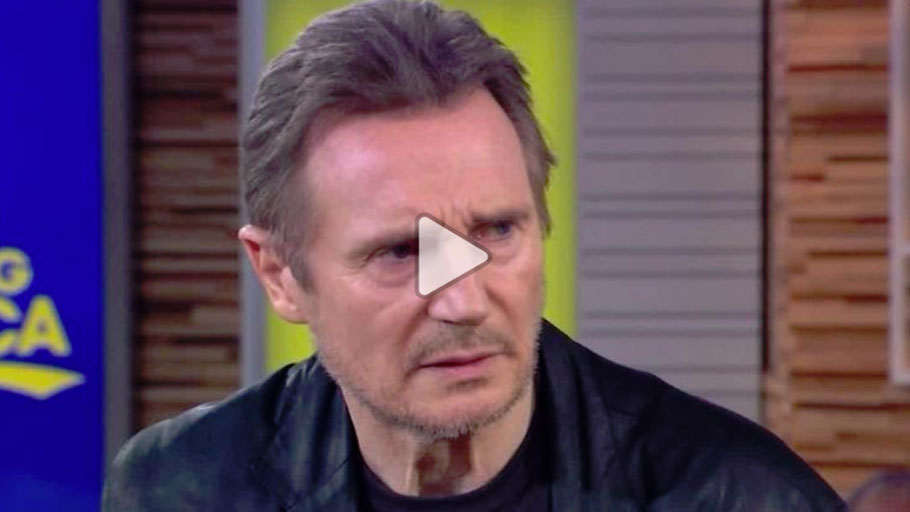 Liam Neeson appeared on “Good Morning America” on Tuesday in the wake of controversy over his saying he contemplated carrying out a racist revenge attack after someone close to him was raped. Source: hln

Health officials issue public warnings about spikes in everything from the flu to the measles. But there is one contagion authorities are ignoring:

We’re facing another outbreak of “whitesplaining.”

“Whitesplaining” is an affliction that’s triggered when some white people hear a person of color complain about racism. They will immediately explain in a condescending tone why the person is wrong, “getting too emotional” or “seeing race in everything.”

The implication: These white people know more about how racism operates than those who’ve struggled against it for much of their lives.

There are different strains of whitesplaining, but what unites them all is the belief that white people are more qualified to decide what’s racist and what’s not, says Jonathan Walton, author of “Twelve Lies That Hold America Captive.”

White men in particular have felt free to define standards of beauty, goodness and even freedom for all people, Walton says, “so why not define racism as well.”

“The power to define is reserved for white people, which is the crux of whitesplaining,” he says.

The situation this week in Wisconsin offers a good example of how quickly whitesplaining can spread.

Some black Democratic lawmakers wanted to honor former NFL quarterback Colin Kaepernick for his protests against police brutality as part of Black History Month. But some white Republican lawmakers decided that they should determine which black people were worthy of being honored — not black lawmakers.

They said the only black heroes who should be celebrated during Black History Month were those who wouldn’t divide people.

One Republican lawmaker didn’t even bother to “whitesplain.” State Rep. Jim Steineke said he opposed including Kaepernick’s name for “obvious reasons.”
The symptoms of whitesplaining are so subtle that sometimes even well-meaning white people are not aware they’ve been infected. It’s similar to situations where men are often surprised to learn how much they talk over women.

Maisha Z. Johnson, author of an essay entitled, “6 Ways Well-Intentioned People Whitesplain Racism (And Why They Need To Stop),” identifies telltale phrases that signal someone is about to whitesplain:

“You’re being so divisive.”

And one of her favorites: You’re getting “emotional.”

“If you try to tell me I shouldn’t be emotional about a racial justice issue, then I already know you don’t understand that issue,” she writes. “Because emotion is a natural response to oppression — and having someone judge how I feel about it just makes me feel worse.”

Johnson says she often encounters white people who offer corrections to the essays she writes about her personal experiences with race.

“It’s absurd,” she told CNN from her home in Oakland, California. “I would not presume to explain science to a scientist. But for whatever reason when it comes to race there is this idea that someone with zero experience with something I’ve lived with can explain this to me.”

The history of whitesplaining

Whitesplaining isn’t anything new. Johnson’s white critics are carrying on a tradition almost as old as the nation’s founding.

White people have been assuming that people of color are not reliable witnesses about their own experiences for centuries.

Even slavery was whitesplained at the time.

In his essay, “White Ignorance,” the philosopher Charles W. Mills said that in the 19th century, enslaved Africans weren’t seen as having the authority or credibility to describe their experiences. Slave narratives had to have white authenticators to confirm that what a slave said about slavery was indeed true.

Many whites didn’t want to know what blacks were really experiencing, Mills writes. He quotes a black woman who grew up during the Jim Crow era:

“My problems started when I began to comment on what I saw. … I insisted on being accurate. But the world I was born into didn’t want that. Indeed, its very survival depended on not knowing, not seeing — and certainly, not saying anything at all about what it was really like.”

Black people, though, didn’t have the luxury of ignorance. Mills said many became “lay anthropologists,” studying the culture and mindset of a white tribe that had frightening power over them to “determine their life and death on a whim.”

“I have spent most of my life, after all, watching white people and outwitting them, so that I might survive.”

Can you disagree with a person about race and not whitesplain?

Here’s a philosophical question that Mills didn’t explore: Can a white person disagree with a person of color about a racial issue and be right? Does skin color grant infallibility in all cases when a person of color says, “That’s racist!”

She says people of color disagree all the time about what constitutes racism. So can white people if they display one important attitude during a debate over racism:

“A lot of times people just want to be heard,” she says.

“It doesn’t mean you have to go all out and say, ‘You’re right, I’m racist and I apologize,’ and fall all over yourself apologizing,” she adds. “But just for the sake of validating that person’s experience, you can say how it’s entirely possible for you do a thing that you didn’t mean to be racist.”

Walton, author of “Twelve Lies That Hold America Captive,” puts it this way:

Prescribing a liberal dose of humility can’t work, though, if some white people aren’t willing to listen.

When someone is determined not to see a person of color’s experience, there is no cure for whitesplaining.