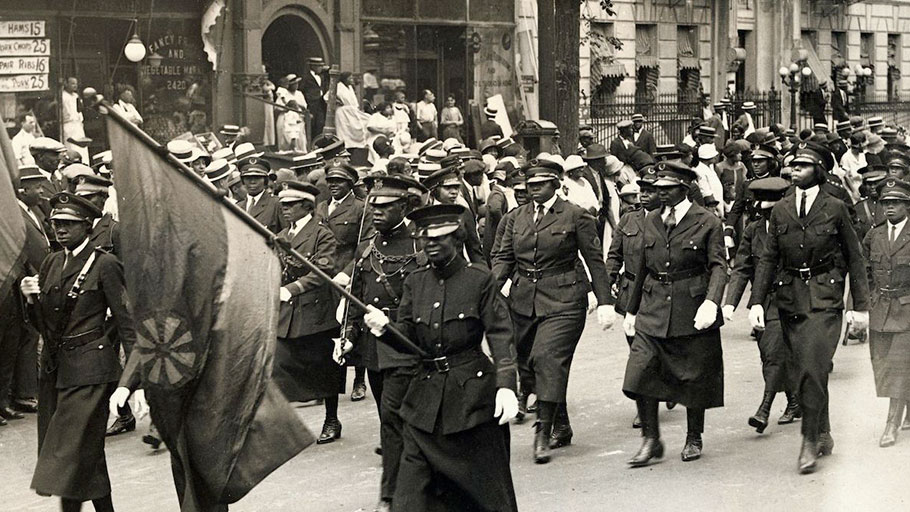 The Black Women Who Paved the Way for This Moment

You Are Here: Home » Blog » Commentaries/Opinions » The Black Women Who Paved the Way for This Moment

Today’s protests build on a long tradition of activism.

By Keisha N. Blain. The Atlantic —

In cities across the United States, black activists are denouncing state-sanctioned violence and demanding radical changes to American policing. Black women leaders occupy a central role in these movements. Utilizing public spaces—such as city parks and streets—they are advocating for equality and justice and giving voice to historical truths many Americans find uncomfortable. From the activist Tamika Mallory, who spoke before a crowd of protesters in Minneapolis, to the Black Lives Matter co-founder Patrisse Cullors, who promoted the growing movement to defund the police, black women are at the forefront of the protests sparked by the police killings of George Floyd, Breonna Taylor, and Tony McDade.

But the prominence of black women in these protests is not a sudden development. In taking to the streets in support of their goals, they are building upon a rich tradition of black women’s organizing.

In the 20th-century U.S., black-nationalist women—individuals who advocated for black liberation, economic self-sufficiency, racial pride, unity, and political self-determination—emerged as key political leaders on the local, national, and even international levels. When most black women in the U.S. did not have access to the vote, these women boldly confronted the hypocrisy of white America, often drawing upon their knowledge of history. And they did so in public spaces—in mass community meetings, at local parks, and on sidewalks. These women harnessed the power of their voices, passion, and the raw authenticity of their political message to rally black people across the nation and the globe.

In the early 1920s, Amy Ashwood Garvey, a co-founder of the Universal Negro Improvement Association, advocated for the rights and freedom of black people while standing on crowded street corners in Harlem. Using these public spaces as platforms to advance her political agenda, Ashwood held nothing back, imploring black people to resist white supremacy in all of its forms. On several occasions, the activist publicly recited poetry, including Paul Laurence Dunbar’s famous work “We Wear the Mask,” which emphasized the strategies black people employed to survive segregation, oppression, and daily degradation.

In one speech, Ashwood reminded Harlemites that the struggles of black people in the U.S. could not be divorced from the challenges facing people of African descent around the globe. “The Negro question is no longer a local one,” Ashwood argued, “but of the Negroes of the world, joining hands and fighting for one common cause.” She went on to tell her listeners that they could not “attain Democracy unless they win it for themselves.”

During the 1930s, the Chicago-based activist Mittie Maude Lena Gordon promoted this message under the auspices of her organization, the Peace Movement of Ethiopia, the largest black-nationalist organization established by a woman in the country. Founded in 1932, the PME drew an estimated 300,000 supporters—primarily members of the black working class—in more than a dozen cities across the nation. The organization’s rapid growth during the 1930s and ’40s, as well as its wide reach, was directly tied to Gordon’s skills as a public speaker. Gordon, like Garvey, used city parks and street corners as platforms to disseminate her political ideas and build momentum for the movement.

Described by her contemporaries as a “very forceful and effective speaker,” Gordon commanded attention when she addressed audiences. She had an uncanny ability to stir the emotions of her listeners in an effort to compel them to act. So powerful were Gordon’s speeches that many who encountered the activist on local street corners joined her movement—sometimes without full knowledge of her political vision. During the early 1930s, Sam Hawthorne, a black Mississippian from Attala County, crossed paths with Gordon in Chicago. After hearing her deliver a moving speech “in public, on the streets,” Hawthorne quickly became a member of the PME and later established a chapter of the organization in his hometown.

In 1939, Gordon gave a rousing speech at a press conference on the steps of the Capitol in Washington, D.C. Standing before a crowd of activists and members of the white press, Gordon proceeded to call out American hypocrisy. “You people don’t want us,” she declared as she pointed to the white people in the crowd, “and we don’t want you.” She went on to chastise white Americans for upholding a false notion of “racial purity,” given their own actions throughout the nation’s history.

Gordon pointed out the irony of white Americans resisting race mixing—and even lynching black men who engaged in sexual relations with white women—when slaveholders had sexually assaulted black women for centuries. “All of you know—I do, if you don’t—that in days gone by your male ancestors used to raise their white children in the front yard and their black children in the backyard,” she explained. “Some day, the man you elect [as the president] is going to be a black man, because you can’t tell the difference. And it’s simply going to be the price you’re paying for the sins of your forefathers.”

Gordon’s speech, confronting historical truths few wanted to hear, struck a chord. Newspapers across the country recounted the powerful, if startling, moment. It was an indictment of white America—one spoken by a working-class black woman who had few material resources, but a lot of passion and courage.

Although many white Americans were deeply offended by her statements, black activists fully embraced them. Her words also emboldened them to never stop fighting—even in the face of mounting resistance.

Today black women activists are building on the legacy of courageous women such as Gordon. As protests sweep the nation and the globe, they have taken up the mantle of leadership to help America move forward. Using public spaces as political platforms, these women are demanding justice and equality, and speaking truth to power at the moment we all need it most.

This article was originally published by The Atlantic

Keisha N. Blain is an associate professor of history at the University of Pittsburgh. She is the author of Set the World on Fire: Black Nationalist Women and the Global Struggle for Freedom.