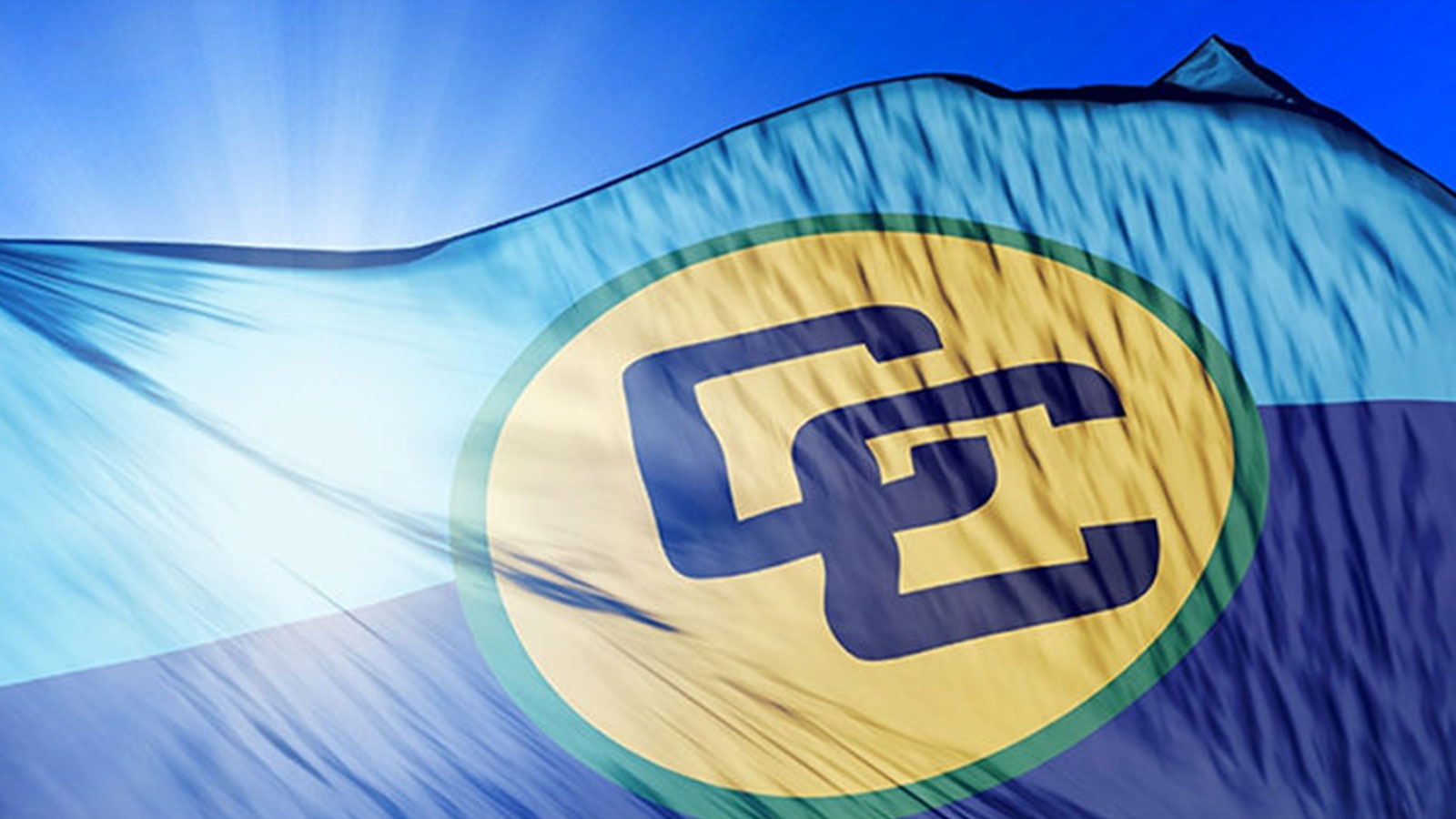 The first Africa/CARICOM Summit was a truly historical event.

You Are Here: Home » Blog » Commentaries/Opinions » The first Africa/CARICOM Summit was a truly historical event.

It was an idea whose time had come. On Tuesday, September 5 this idea took material form at the first Africa/CARICOM Summit conducted virtually and broadcast to the world via the Web and social media.

The Summit was chaired by President Uhuru Kenyatta of Kenya under the theme ‘Unity Across Continents and Oceans: Opportunities for Deepening Integration’.

Kenyatta focused his remarks on two areas of mutual concern to both regions, debt sustainability and climate change, and the role of institutions like the Caribbean Development Bank in crafting innovative approaches to financing development.

He said that debt sustainability has become a major concern for both the African Union and Caricom countries which are counted amongst the world’s most highly indebted nations and noted that the Covid pandemic has highlighted Africa and the Caribbean’s structural weaknesses which have amplified the debt problem.

“In 2020, public debt reached 70 per cent of gross domestic product (GDP) in Africa and 83 percent of GDP in Caricom. Our regions face the unusual conundrum of striving for debt sustainability, while seeking to generate adequate fiscal resources to build with resilience,” Kenyatta added.

“This first Africa / CARICOM Summit was without a doubt the single most important convocation held between Africa and the Caribbean since the historic and seminal 5th Pan-African Congress of 1945 and its agenda of anti-colonial struggle and de-colonisation,” noted David Commissiong, Barbados’s ambassador to CARICOM.

On this occasion, the African and Caribbean heads of Government came together to commit themselves to a new partnership aimed at a crucial reparative restructuring of the International Economic and Political Order – an International Order that took shape during the colonial era, and one into which the newly independent nations of Africa and the Caribbean were thrust into in a structurally subordinate and exploitative manner.

But it was clear as well from several of the powerful speeches that were delivered that it came together to pursue the internal agenda of a reparative restructuring of our own relationships with each other – to carry through our very own African/Caribbean economic, organizational and institutional restructuring, aimed at delivering to us greater African / Caribbean engagements and collaborations, and enhanced African/Caribbean  self-reliance and collective strength.

The Summit was also a recognition of the political and economic imperative that the governments of Africa and the Caribbean must succeed in restructuring if our black and brown people and nations are ever going to assume their rightful place in the world.

In his remarks, the current Chairman of Caricom, Prime Minister Gaston Browne of Antigua and Barbuda, pitched for September 7 to be set aside annually as “African-Caricom Day”.

Browne also suggested that every year hereafter, the Africa-Caricom Summit should be repeated on September 7 to analyse the global situation and Africa and the Caribbean’s place within it; to discuss initiatives and programmes; and to authorise joint actions.

“We should charge the Secretariats of the African Union and Caricom to present to us within six months of today, for approval at our meeting next year, the Founding Charter and a Memorandum of Operation of our Forum, including proposals to overcome existing obstacles to trade and investment” he said.

He added that consideration should be given to a multilateral air services agreement, and an investment protection, as well as a double taxation agreement between African and the Caricom states.

PM Browne also used the opportunity to speak about vaccines for regional countries, saying to those who attended the virtual summit that they should not allow global systems to continue to control, constrain, and capture small island states.

This, according to Browne, is starkly illustrated by the global control by a few rich countries of the production and distribution of vital vaccines to suppress the Covid-19 pandemic.

“Whereas, 70 percent of the European Union and almost 60 percent of North Americans are fully vaccinated, only three percent of the African continent can say the same. This pattern of inequity is obvious in its ugliness and prevalence. Therefore, we must act together to change it,” he said.

Browne ended by encouraging Caricom and African leaders to work towards the establishment of structures of cooperation to promote mutual socio-economic interests; increases in investment and trade; and people to people exchanges between Africa and the Caribbean.

“We should resist being pushed to the margins of international decision-making and collaborate on decisions to restructure the global financial architecture, on global taxation, de-risking, climate change and reparations, among others,” he said.

In her presentation, Prime Minister Mia Amor Mottley of Barbados called for the establishment of a regular weekly direct airline flight between an African country and one CARICOM member state — even if it means that the AU and CARICOM may have to provide some modest financial or other support in the commencement phase of such a venture.

She also posited the establishment of a joint AU/CARICOM electronic mass media platform or mechanism that facilitates the flow of news, information and artistic programming between Africa and the Caribbean, for the benefit of our two peoples

Mottley also envisions the establishment of an African / CARICOM public-private partnership dedicated to mobilizing resources and deploying them in critical cutting-edge projects centred around renewable energy and digital technology.

The Barbados PM called on Summit participants for a collective commitment to participate fully in the upcoming 22nd of September High Level meeting of the UN General Assembly in commemoration of the 20th anniversary of the 2001 UN World Conference Against Racism, and to jointly use that event to advance the claim for Reparations “within the processes of the United Nations.”

In his presentation. Jamaica’s Prime Minister Andrew Holness said there is potential for increased investment and collaboration between Jamaica and African nations, especially in agro-industry and logistics.

He added that there are also opportunities for scientific research and collaboration, as well as for investments in health care, technological innovation, digitisation and the creative economy.

Holness pointed out that the common historical experiences between Africa and the Caribbean have been enriched by cultural, economic and political affinities.

“Potential untapped for centuries lies within our respective reaches, as we not only develop national capacities, but engage in opportunities for cooperation with each other, across continents and oceans. The challenges of the last year-and-a-half have reinforced the possibilities and value of the Africa-Caricom relationship,” he noted.

He said that most critical was that Jamaica and the Caribbean region benefited greatly from the African Union’s provision of access to COVID-19 vaccines and other critical medical supplies, through the Africa Medical Supplies Platform, a non-profit initiative launched by the African Union as an immediate, integrated and practical response to the pandemic.

He concluded his remarks by saying that the summit was the fulfilment of the vision of Marcus Garvey, Nelson Mandela, Kwame Nkrumah, Julius Nyerere and other Pan Africanists, “who spoke of the manifest potential and greatness to be achieved from unified engagement”.

“Let us strive to fulfil their dreams, and ours, to unleash the full potential of the African Continent and the African Diaspora in the Caricom region,” he stated.

In his presentation, Prime Minister Keith Rowley of Trinidad & Tobago said It is fitting that this First Summit is being held during the United Nations’ International Decade for People of African Descent (1 January 2015 to 31 December 2024).

“I wish to thank His Excellency Uhuru Kenyatta for the sterling efforts that have brought us to this juncture,’ he added. “We must also acknowledge, apart from our centuries-old ties, the many African and Caribbean architects/champions of closer political, social, economic and cultural linkages between and among our sovereign states.”

United, we have known success, Rowley declared, and added that closer collaboration will undoubtedly be to the mutual benefit of the two regions whether it be in pursuing development finance, resource utilization and debt sustainability; maximizing the green and blue economies; UN Security Council Reform with Africa and Small Island Developing States (SIDS) adequately positioned; or in the existential fight against climate change, the effects of which are wreaking havoc the world over and exacerbating the peculiar vulnerabilities of the Caribbean and Africa.

The prevailing vaccine inequity, commonly called vaccine apartheid, stymied that plan, Rowley said. “I therefore wish to register my sincere gratitude to His Excellency Cyril Ramaphosa, President of South Africa and His Excellency Uhuru Kenyatta, Co-Chair of our Summit and President Nana Addo Akufo-Addo of Ghana, for the meaningful discussions and interventions during my tenure as chair of CARICOM and the pragmatic solutions arrived at in the face of this global health crisis.”

Last month, CARICOM began to receive a substantial allocation of vaccines under the African Medical Supplies Platform. “Thank you, Africa. I am pleased to confirm that my country’s first tranche was received on 19th August 2021. Trinidad and Tobago’s linkages to Africa run deep as marked by our bilateral relationships, observer status at the African Union (AU), High Commissions in Nigeria and South Africa and Honorary Consuls in Ghana and Kenya,” said Rowley.

“It’s been long in coming to this point today but it’s a continuation of that journey outlined by our own George Padmore, C.L.R James, Dr Eric Eustace Williams and many others who anticipated that this milestone could be reached to strengthen us in an increasingly hostile world.”

Rowley welcomed the inclusion on the Summit agenda of trade and investment and highlighted the symbiotic relationship that exists with improving transport connectivity.

“While digital functionality is an imperative with online platforms such as this one being ubiquitous, in-person exchanges will boost our trade, investment and tourism activities,” he added. “And there is also scope for collaboration in the creative sector which has been particularly hard hit by the pandemic. Africa and the Caribbean have gifted the world with exceptional talent be it in music, publishing, film or fashion.”

Rowley said that as people of African descent we must also seek out ways to mend the socio-cultural dissonance derived from the legacy of slavery. He believes that educational programmes and the development and promotion of genealogy or heritage tracing, may prove instrumental in filling the knowledge and familial gaps.

Rowley ended his remarks by quoting the great Kwame Nkrumah, “I am not African because I was born in Africa, but because Africa was born in me”.

In summing up the historical significance of the Summit Amb. David Commissiong said, “Today was a momentous and happy day for all Pan-Africanists. The spirits of Marcus Garvey, Edward Wilmot Blyden, George Padmore and Kwame Nkrumah were surely smiling with and upon us today.”

As a reparations advocate, I believe that this seminal summit has now opened up a pathway for a future high-level meeting to explore Africa/Caribbean cooperation and collaboration in advancing the global movement for slavery reparations for people of African Descent across the diaspora.