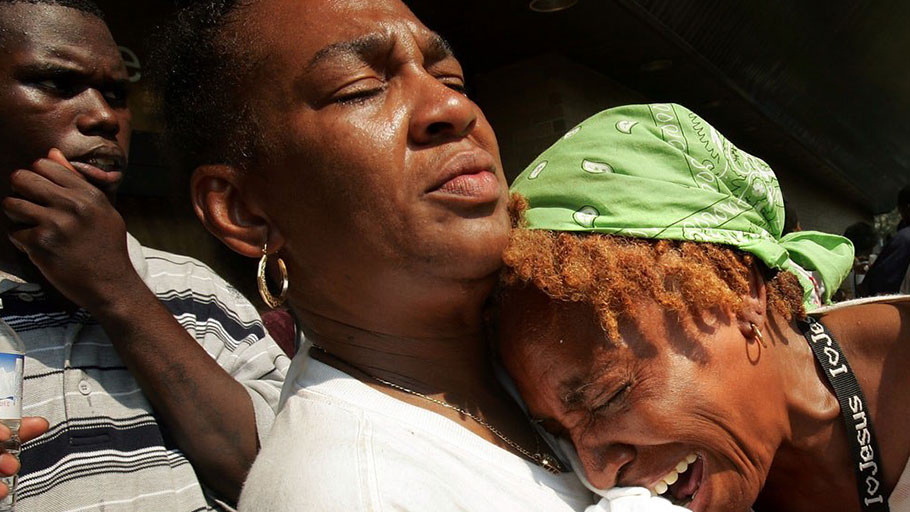 The Green New Deal Should Include Reparations

You Are Here: Home » Blog » Commentaries/Opinions » The Green New Deal Should Include Reparations

The Democratic Party is talking about both issues separately. They make more sense in tandem.

By Emily Atkin, The New Republic —

Environmental justice activist Anthony Rogers-Wright lives full-time in Seattle, Washington, but just happened to be in Massachusetts last weekend when he heard that Senator Ed Markey was holding a town hall about the Green New Deal in Northampton, a crunchy college town in the heart of the state. So Rogers-Wright attended, in the hopes of asking Markey whether the Democrats’ emerging grand plan to fight climate change includes reparations for black and brown people.

Rogers-Wright believed that it did. After all, a paragraph on page six of the 14-page resolution Markey and Congresswoman Alexandria Ocasio-Cortez introduced in February says the Green New Deal should “promote justice and equity by stopping current, preventing future, and repairing historic oppression” of vulnerable and minority communities. But Rogers-Wright wanted to be sure. So when he got to the microphone, he cited the passage above and asked, “Does that mean reparations?”

Markey would not commit to a definitive answer. The resolution, he said, deliberately “doesn’t mention any individual item” or specific policy, adding, “It’s meant to open up a big debate in our country” about how to fight climate change. A Green New Deal must eventually “ensure that every race, every economic strata is fully represented in this discussion—that we leave no one behind and it is environmental justice,” he added. But how that will be done is still up for discussion.

“He did not answer my question,” Rogers-Wright later told me. To be fair, he asked a lot of questions while he had the microphone, and did so about as rapidly as the guy in the Micro Machines commercials. But his reparations question did include a good point: “How can a bill committed to environmental justice and climate justice not include reparations for black folk for slavery, white supremacy-fueled and concentrated oppression, as well as restitution to indigenous folk for genocide, brutal land theft, and broken treaties?”

As the 2020 presidential race gets underway, Democratic candidates are getting asked a lot of questions about the Green New Deal—whether they support it, what policies should be in it, how much should be spent on it. They’re also getting asked a lot of questions about reparations—whether African Americans and others hurt by slavery, Jim Crow laws, redlining, and other racist or discriminatory policies deserve recognition and compensation.

But no one—neither the mainstream media nor the Democratic candidates—is talking about the two issues in tandem, and it’s increasingly obvious they should be. The historical efforts to segregate and discriminate against black, brown, and Native people in America didn’t just result in higher incarceration rates and lower incomes for those people today. They forced those communities to live disproportionately close to coal plants and oil refineries that spew poison into the air; near Superfund sites that leach toxins into the soil; and near water sources tainted with dangerous chemicals. Those communities thus get sicker and die younger. And now they’re bearing the brunt of the climate crisis—whether because their housing can’t withstand extreme weather, they can’t afford air conditioning, or they can’t afford to relocate away from rising seas.

These principles are still central to the environmental justice movement today, and so it may seem surprising that the Green New Deal doesn’t explicitly echo them. But it’s not surprising to environmental justice activists, who have long struggled to be heard by the largely white leadership of the mainstream environmental movement and by the Democratic Party in general. “White progressives all of a sudden are very bold when it comes to Medicare for All, Fight for 15,” Rogers-Wright told me, “but when you start talking about reparations, it’s the quickest way to watch a white progressive turn into a pragmatist.”

Polls show that only around a quarter of Americans support reparations, but there’s a caveat: Reparations are often characterized as a cash payment to African Americans as compensation for the ripple effects of slavery. But environmental reparations are quite different, said Catherine Millas Kaiman, an attorney and the co-founder of Environmental Justice Clinic at University of Miami. “They’re about working hand in hand with communities that have experienced environmental injustice because they’ve been segregated and disenfranchised, acknowledging that injustice, and figuring out unique solutions,” she said.

In a 2016 article for the Seattle University Law Review, Kaiman argues for “community-based reparations,” which are developed by, and individualized for, each community (as opposed to a single template for the entire country). Such localization is necessary, she argues, because the type of harm can vary significantly by community. In West Grove, Miami, for example, generations of black families have suffered from cancer and other ailments after a waste incinerator was built next to the segregated community in 1925. But the Arizona-based Navajo Nation’s cancer levels are more widespread, and associated with high uranium levels in their water due to mining companies blasting their land from 1944 to 1986.

Reparations for the harms of climate change are more complicated. Since much of the impact on minority communities has yet to happen, reparations have to address these communities’ disproportionate vulnerability. Community-based reparations could work here, too. “What is it that the community wants? Higher sea-walls? More green infrastructure? Or do they want to be relocated?” Kaiman said. “The idea is that the solutions have to come from that community-based level in order for them to be meaningful.”

But first things first, the government has to acknowledge the existence of environmental injustice. “These communities are actively harmed and then neglected,” Kaiman said. “Literally just saying it, having the dialogue about an environmental injustice reparation, is important.” So Democrats don’t need a comprehensive environmental reparations plan at the ready—yet—but they do need to start talking about it. It’s not like they don’t have ample opportunities, given that the Green New Deal and reparations are two of the most heavily debated issues in left-wing politics today.

Perhaps Democrats like Markey are not explicitly calling for environmental reparations in the Green New Deal because they’re worried it would tank public support for the plan, which polls extremely well. But Rogers-Wright doesn’t buy that theory. During his lengthy questioning of Markey last weekend, he said that Democrats need reparations to gain the support of minority voters. “Bernie Sanders performed exceptionally without corporate money, but we also learned from his campaign that you cannot win without the black and brown vote,” he said. “This Green New Deal process must ensure that they’ve learned those lessons.”