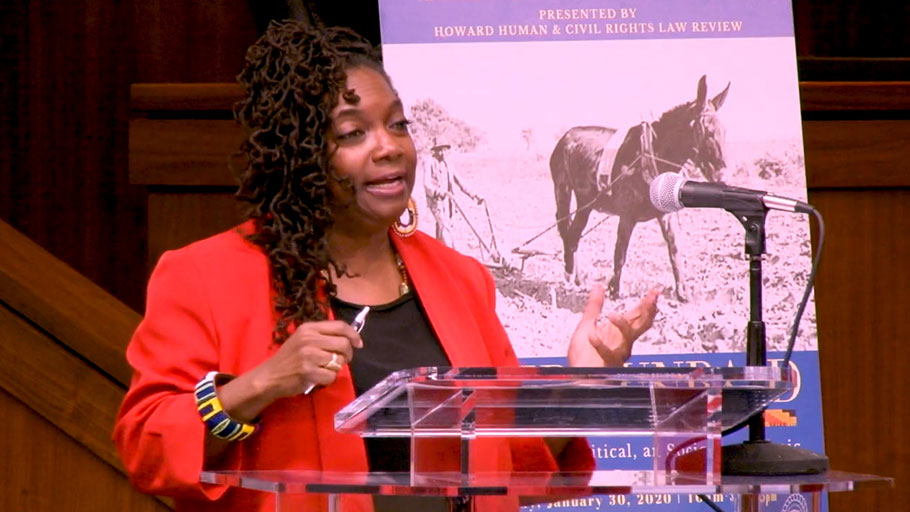 You Are Here: Home » Blog » Commentaries/Opinions » The New Terrorism, Like The Old Terrorism

WASHINGTON (Trice Edney News Wire) — I am at Ground Zero. My law degree cannot protect me. My fancy address cannot protect me. My radio appearances and Zoom book tour cannot protect me. I check with, and for, my daughter against this madness as we all should the way the Black Power Movement taught me.
On the 24-hour cable television there are many references to how the situation is comparable to the burning down of the White House during the War of 1812. But my reference point keeps going back to 1925, when the Ku Klux Klan marched down Pennsylvania Avenue, showing their power and allegiance to a segregated capital city and a segregated United States in broad daylight while hooded, hidden.

What happened Wednesday was neither hooded nor hidden. It was as open as the barricades that the Capitol police yielded — or invited. While victims of Jim Crow, COINTELPRO, and now Black Lives Matter attacks as Black Identity Extremists were at home or at work, celebrating an incoming U.S. Senate that now might provide some financial relief to those on food lines or about to be evicted, a mob of white privilege blatantly stormed the Senate and the House.

Making the Klan look civilized, they came, they climbed, they smashed, they terrorized. And they were allowed to do that because they were white.   The double-standard here is too obvious to repeat. So let me just say this: this country has never forgiven H. Rap Brown for merely mouthing “Burn, Baby Burn,” or the Black Panthers for peacefully protesting with their legal arms at the Sacramento State Capitol. So how fast will these people be forgiven?

As fast as, say, Abner Louima is now forgiving those who terrorized him? As fast as the survivors of Charleston had forgiven Dylan Roof, now seen as the canary in the coal mine, trying to warn us what was coming? I hope Jacob Blake will be slow to forgive as he deals with a lifetime of pain because he dared turn his back on American authority. America loves forgiveness, because then it can get on to the business of forgetting.   Those who are shocked to see the American flagpoles as weapons have very short memories. Ask any Black Bostonian about the flag as a weapon.   Since we are talking about memory: President Woodrow Wilson, president during that KKK march, openly praised the Klan not unlike the way the current President has praised these latest terrorists. So what is new, really?   “I know how you feel.” It’s a new low for a country that was founded by genocide and slavery.