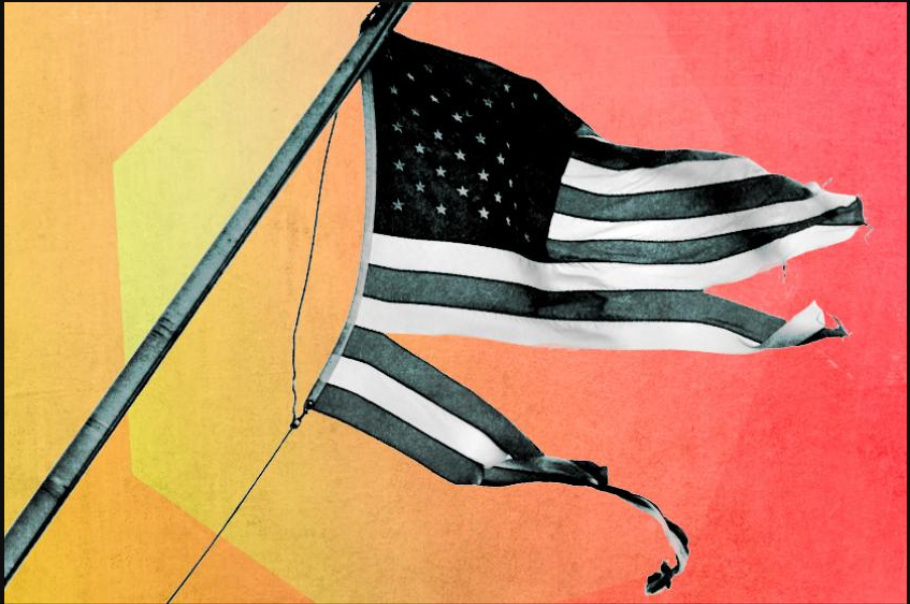 Are we witnessing the fall of the United States?

You Are Here: Home » Blog » Editors' Choice » Are we witnessing the fall of the United States?

Over the past four years, it’s become something of a cliché for certain political scientists on Twitter to respond to stories of Donald Trump’s corruption, ineptitude, malice, and autocratic impulses by asking a provocative leading question: “What would you say if you saw it happening in another country?”

Unfortunately, occasions for posing and answering this question by referring to democratic backsliding or burgeoning authoritarianism have accelerated since the start of the Trump administration, with the number rising in an especially steep crescendo over the past couple of months. Viewed from the outside, the United States looks today like a great power in decline — with its political system buckling, corruption spreading, and state capacity collapsing. The effort of Trump and key members of his party to overturn the results of a democratic election is a big part of this, but it’s only one facet of America’s downward spiral.

To begin with the obvious: The president of the United States lost a free and fair election two months ago. The votes were counted and certified by the states. Objections were raised and claims of voting irregularities investigated, turning up no evidence of systematic fraud. Dozens of lawsuits have been filed and dismissed by judges appointed by both Republicans and Democrats. Yet just this past weekend, the president spent an hour on the phone badgering Georgia’s secretary of state, trying to get him to “find” enough votes for him to reverse the outcome of the election. In making his case, the president relied almost exclusively on conspiracies about election fraud with no basis in reality.

If we saw this happening in another country, we would conclude that the man who (for the next two weeks) occupies the nation’s highest office is a mentally unfit, aspiring tyrant. When this is combined with the events queued up to unfold in Congress on Wednesday — when at least a dozen senators and as many as 140 members of the House of Representatives are prepared to object to the congressional certification of Joe Biden as the winner of the election — we are left with a vision of a country in which a large portion of one of its two major parties is prepared to countenance an unconstitutional and anti-democratic power grab.

That’s very bad. But it’s far from the only example of American political breakdown.

In the second-biggest political story of the week, partisan control of the Senate will be determined by the outcome of two runoff elections in Georgia — a contest in which both Republican candidates are extremely rich and both, as my colleague Ryan Cooper has noted, have been credibly accused of parlaying confidential briefings on the coronavirus pandemic into stock trades that earned them millions of dollars in profits. That’s a level of corruption one would expect to see in a kleptocratic regime.

Beyond corruption, the U.S. is facing an alarming collapse in state capacity on multiple levels.

The most widely noted and most important recent example involves vaccine distribution. The federal government was effective at using money to encourage pharmaceutical companies to develop vaccines in record time against the COVID-19 pandemic. But now that we have them, we’ve dropped the ball. The feds are handing off the vaccines to states, which are passing them along to a range of hospitals, clinics, health departments, and assisted living facilities, as well as to drug store and supermarket chains like CVS, Walgreens, Rite-Aid, Walmart, and Kroger. If that sounds confusing, it is — massively. The result is that we’ve so far vaccinated just 1.3 percent of the country. That’s about 4.3 million doses as of Sunday — more than 15 million short of the original goal of vaccinating 20 million people by the end of December.

That might not be as bad as Europe — which has been inexplicably doing an altogether inadequate job in approving, ordering, and administering vaccines — but, as my colleague Noah Millman points out, it’s nowhere near as good as Israel, which in just two weeks has managed to vaccinate “over 10 percent of the population and 25 percent of those over 60 years old.” With a new, more contagious strain of the virus spreading around the world, we are running an incredibly urgent race and falling badly behind.

In another recent example of enfeebled state capacity, Russia managed to pull off a massive computer hack of more than 250 federal agencies and businesses. Not only did the nation’s cybersecurity systems fail to protect the country’s public and private computer networks, but there is no sign as yet that they even knew it was taking place. (The breach was detected by a private security company named FireEye.) That is a truly stunning failure of American defenses.

At the local level, we’ve also witnessed a shocking breakdown in public order over the past several months, with homicides and some other forms of violent crime surging at unprecedented rates in cities across the country. This could well be a function of people acting out in socially destructive ways in response to pandemic-related lockdowns and resulting economic disruption. Or it could be driven by protests against law enforcement and police departments stepping back from crime fighting. Or it could be a mixture of these and other causes. Regardless, it is another vivid example of a collapse in capacity of the state to maintain rudimentary law and order.

But such trends aren’t always unintentional. When it comes to the dramatic breakdown in the efficient delivery of the mail by the U.S. Postal Service in recent months, the cause can largely be traced back to deliberate efforts of Trump’s Postmaster General, Louis DeJoy. DeJoy was picked by the USPS Board of Governors, but Trump has exerted unusually strong influence on the shape of the board because bipartisan opposition to Barack Obama’s nominations left it largely empty at the time the 45th president took office. The result is a postal service run by a man (and encouraged by a president) who would very much like to see it dismantled and privatized.

Put it all together, and we’re left with a vision of a government hamstrung at multiple levels and sometimes acting in ways that increase its own enervation, debasement, and incompetence. Getting rid of our uniquely unfit president will be a good start to turning things around, but the problem is much bigger than one man. America needs nothing short of radical reversal on a range of fronts in order to pull out of its dangerous downward spiral.