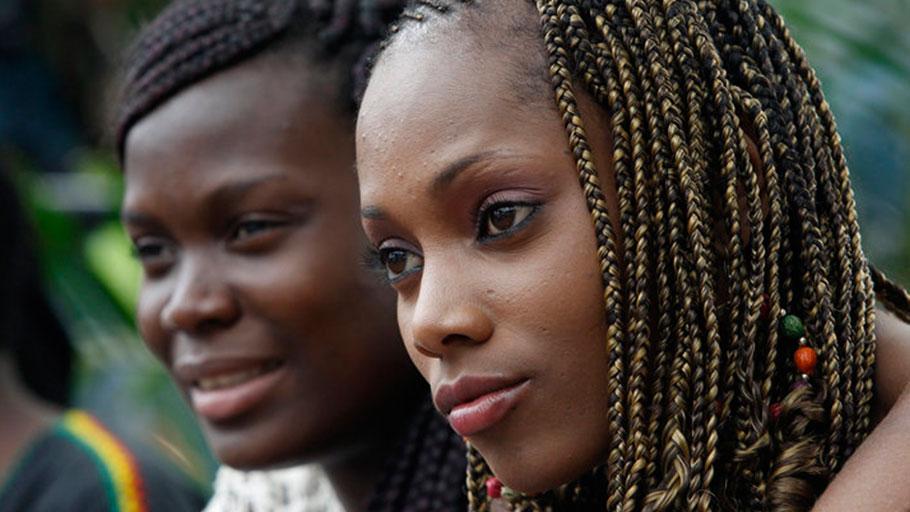 Public health research has documented racial disparities in health and health care for decades. When looking at the 10 leading causes of death in the U.S. ― including cancer, stroke and heart disease ― mortality rates among black Americans are higher than among white Americans, even after controlling for socioeconomic status factors. Compelling evidence suggests both individual- and institutional-level discrimination cause this disparity. For example, black Americans experience high levels of residential segregation, which limits their access to health resources and exposes them to poor housing quality and environmental toxins.

In contrast, Latino Americans ― and recent immigrants in particular ― appear to experience better health than non-Hispanic white Americans. This occurs despite lower education and income and reduced access to health care services. Researchers call this the Hispanic paradox (or Latino paradox). The exact cause of this phenomenon is not yet well-understood, but some experts speculate healthier diet, strong family ties and lower smoking rates among Latino Americans may be contributing factors.

But what Americans who identify as both Latino and black? Researchers in the U.S. have a tendency to focus on the traditional black-white American binary and forget about individuals at different racial and ethnic intersections. Because of this, we’ve been ignoring how race further impacts the lives of Latinos in the U.S.

Afro-Latino Americans (also sometimes referred to as black Hispanics) are often left out of social equity discussions entirely and out of discussions about health equity in particular. A 2016 study found health disparities between Afro-Latinos and white Latinos that closely resembled those between non-Latino black and white Americans. For example, Latinos who identified as black were more likely to report poor health compared to Latinos who identified as white. Black Latinos have also reported higher rates of hypertension compared to their white Latino counterparts, and in a 2003 study, Afro-Latina girls reported experiencing higher levels of depressive symptoms than white Latina girls. A Latina woman’s ethnic and racial self-identification may even go so far as to predict her fertility.

It’s important people recognize the racial diversity that exists within the Latino community. We are not a monolithic group.

In the same way it’s not entirely clear why health disparities exist between non-Hispanic white Americans and the general Latino-American community. It’s also not entirely clear why health disparities exist between Afro-Latino Americans and white Latino Americans in particular. However, opportunity differences may help explain. Afro-Latinos share similar sociodemographic characteristics with that of non-Hispanic black Americans, including high poverty rates, disproportionately low incomes and highly segregated neighborhoods. All of these factors are strong determinants of health; recent studies have shown Latin-American immigrants who identify as black report lower educational achievement (11.64 vs. 12.77 years of education) and weekly earnings ($718.38 vs. $760.95) compared to black Americans.

The number of Latino-Americans who also identify as black has rapidly increased over the past few decades. In 1980, approximately 389,000 Latino-Americans identified as black. Fast forward 30 years, and by 2010, the Afro-Latino population in the U.S. had risen to approximately 1.2 million. The highest percentage of Afro-Latino individuals who self-identify as black are Dominican, followed by Puerto Rican, but it’s crucial to note many Latinos, particularly recent immigrants, tend to reject our racial categories here in the U.S. In one Pew Research study, for example, 24 percent of Latino respondents identified themselves specifically as Afro-Latino. However, when asked about their race, only 18 percent of these same Afro-Latino respondents identified as being black. This shows just how complicated self-identification and socially assigned race can be ― and how discrimination, internalized oppression and self-preservation further affects them. All of this influences a person’s overall health and well-being.

It’s important people recognize the racial diversity that exists within the Latino community. We are not a monolithic group. Our national origins, ethnic backgrounds and indigenous histories are distinct and varied. Social scientists and public health researchers are beginning to recognize this and have identified drastic health inequities within this group. Without question, the Latino-American population as a whole faces economic and social barriers that the average non-Hispanic white American doesn’t. But the heaviest health burden of all seems to fall on Latinos who have darker skin or who identify as black.

Where do we go from here? Public health researchers must identify which health inequities disproportionately affect Afro-Latino Americans, figure out their causes and come up with ways to appropriately address them. This community will continue to suffer if we do not take these inequities seriously and come up with viable policy solutions. The racial diversity that exists within the Latino-American community also gives the rest of us an opportunity to expand beyond the traditional binary black-white discourse when we talk about race-related issues here in the U.S; anti-black discrimination affects members of Latino communities, too.

We’ve been ignoring how race further impacts the lives of Latinos in the U.S.

Finally, we must be self-reflective and take a look at how our actions contribute to these social and health inequities. We are not independent of the system that created these issues. We all contribute to today’s injustices. We must check our own biases and speak up when we feel certain issues are not being adequately addressed.

To understand the Latino-American experience, we ultimately have to acknowledge race plays an important role. Historically, race has been a strong determinant of education, income and health. As we continue to undo the effects of past injustice and build policies to prevent further discrimination, we must make sure marginalized groups are not being forgotten. Race and ethnicity are not just black and white. They’re not even just black, white and Latino. The answers lie at the intersections.