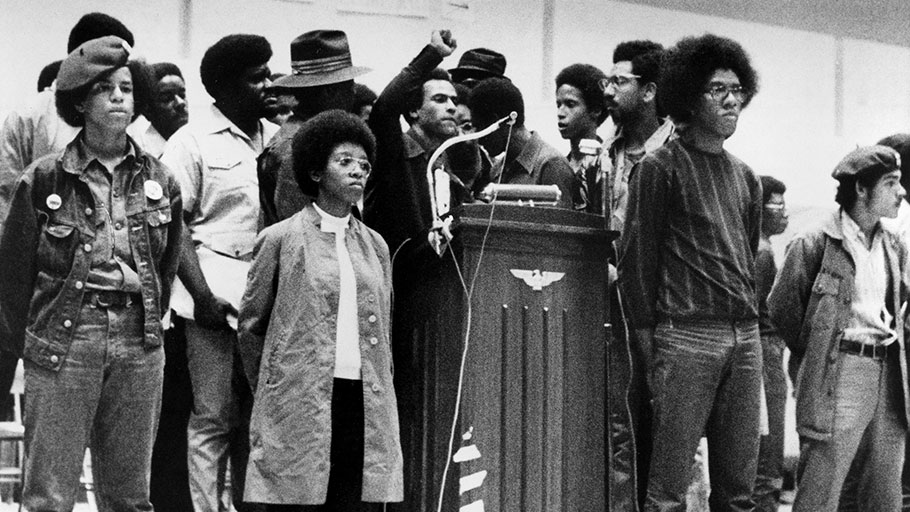 Patrisse Khan-Cullors says she co-founded the “Black Lives Matter” movement out of love. But in a country plagued by longtime tension between law enforcement officers and communities of color, the killing of unarmed black civilians, and murders of police officers by radical individuals, her intent would eventually get distorted.

“Black folks have always been considered terrorists in this country,” says Khan-Cullors in an exclusive interview with theGrio. “I think the language terrorism is completely anti- black.”

History shows that black leaders from Dr. Martin Luther King Jr. to Fred Hampton of the Black Panthers, were under surveillance by the FBI, often labeled troublemakers and a threat to public safety. Even Beyoncé wouldn’t go unscathed after her Super Bowl tribute.

“There is not one day that goes by that a troll doesn’t say to me ‘You’re a terrorist organization’ and that was started by elected officials of this country,” says Khan-Cullors. “They started that rumor.”

The political and personal attacks have in-part inspired Khan-Cullors to team up with activist and writer asha bandele to write a new book, “When They Call You A Terrorist: A Black Lives Matter Memoir.”

The book recently earned a spot on The New York Times best-seller list, and is garnering praise for being a raw and personal look at Khan-Cullors life before activism and during the rise of the #BLM movement.

Khan-Cullors sat with theGrio for an intimate one-on-one conversation about her book, the death that changed her life forever, and how giving birth to a baby boy has inspired her to fight on behalf of other black mothers.

Watch bonus clips from our interview with Patrisse Khan-Cullors on theGrio’s YouTube channel.