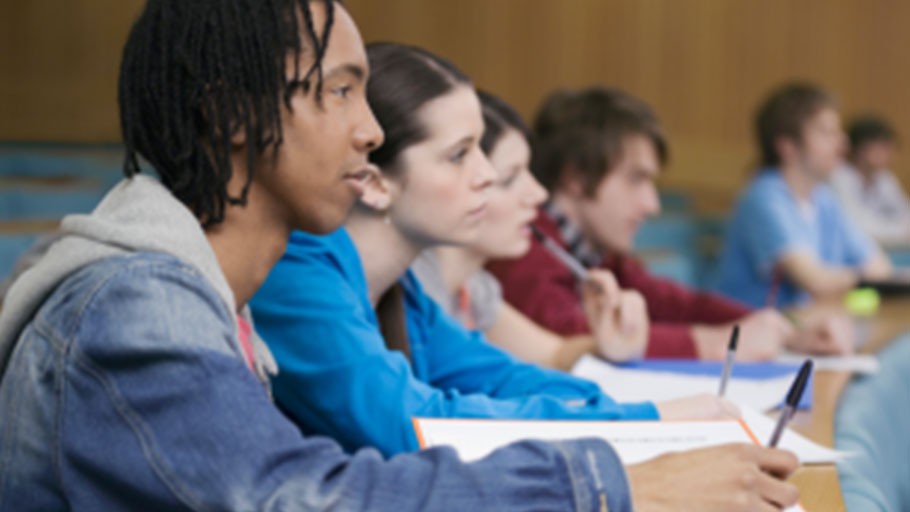 White Nationalists Could Be Coming to a College Campus Near You

You Are Here: Home » Blog » News & Current Affairs » White Nationalists Could Be Coming to a College Campus Near You

White supremacists have stepped up recruitment efforts on campuses across the nation.

In early 2017, Donald Trump took to his medium of choice to simultaneously defend alt-right provocateur Milo Yiannopoulos and admonish those who had protested his appearance at a California campus.

“If U.C. Berkeley does not allow free speech and practices violence on innocent people with a different point of view – NO FEDERAL FUNDS?” Trump wrote in a pre-dawn tweet nearly a year ago to the day.

Unsurprisingly, Trump’s threat was empty, since presidents can’t single-handedly cut off federal loans to educational institutions. But more important than the substance of his tweet was its subtext: in the fray between the racist alt-right and its opponents, the president was stating his unequivocal support for the racists. Months later, Trump would reaffirm his position when he referred to a group of white nationalists and neo-Nazis as “very fine people.”

There have always been racists in this country—the U.S. was founded on and prospered from genocide and slavery—but this president’s open support has given extremists a bold new confidence. Trump might be happy to know that the white supremacists he publicly sympathizes with have stepped up their recruitment efforts on campuses all around America.

Over the course of a year, there has been an exponential increase in incidents of “white supremacist propaganda—flyers, stickers, banners, and posters—appearing on college and university campuses,” according to a new study from the Anti-Defamation League. Researchers note that during the fall semester of 2016, there were 41 reports of these incidents on campuses around the country. One year later, that figure increased by more than 3.5 times to 147 incidents. Since September 2016, the ADL has tracked 346 examples of white racist propaganda on “216 college campuses, from Ivy League schools to local community colleges.” In 2018 alone, there have already been 15 reports.

The ADL stresses that these incidents have happened throughout the U.S., “in 44 states and the District of Columbia.” White supremacist organization American Vanguard papered the UT Austin campus in early 2016, putting up flyers urging students to “imagine a Muslim-free America.” At Central Michigan University last Valentine’s Day, students received an anti-Semitic card featuring an image of Adolf Hitler and the words “my love 4 u burns like 6,000 jews.” Posters were found on both the George Washington University and University of Maryland campuses exhorting white students to “report any and all illegal aliens” because “America is a white nation.” Those incidents, based on ADL’s count, are just the teeniest fraction of what’s happening on schools from coast to coast.

The groups spreading hate at American colleges belong to the longstanding tradition of U.S. white terrorist groups using paraphernalia both to make their presence known to potential new members and to intimidate people of color and other targeted groups. Jonathan A. Greenblatt, chief executive of the Anti-Defamation League, highlighted these goals last March as he spoke about the rise in white racist college recruitment efforts in the New York Times.

“Flyers allow them to not only recruit but get public attention. It’s not only part of the way they can identify sympathizers but terrorize marginalized communities,” Greenblatt stated. “Social media allows them to go to very targeted audiences in specific ways. Flyers starting to show up saying that any one of these organizations is here and present will not only raise eyebrows but I think really heighten concerns among organizations of students and that’s what they want.”

With the ascent of Trump, who revealed his own racist attitudes as both a candidate and president, alt-right activists have made colleges a centerpiece of their recruitment strategies. Figures such as Richard Spencer (one of the giggling neo-Nazis seig heiling in this video) have rushed to college campuses under the guise of defending free speech. Putting colleges on the defensive for not showing the proper enthusiasm while letting fascists take the lectern is a neat trick, and it’s worked incredibly well. Many universities have bowed to alt-right pressure and allowed figures like Yiannopoulos, who planned to publicly announce the names of undocumented UC Berkeley students, to appear (the talk was later canceled). The result is that students are left to raise their voices against the speakers, and protests can erupt beyond expectations. Never mind the hundreds of thousands of dollars schools have had to shell out for the costs of hosting these vainglorious extremists and quelling the scenes they provoke.

Numerous white racists have been vocal about their goal of increasing the number of students in their ranks. “We will not rest until alt-right ideas are represented on campuses nationwide,” read a 2017 tweet from the founder of white supremacist group Identity Ervopa, Nathan Damigo, whose Italian surname would have kept him out of any “white” power group in the early part of the last century.

“People in college are at this point in their lives where they are actually open to alternative perspectives, for better and for worse,” Richard Spencer told Mother Jones in 2016. “I think you do need to get them while they are young. I think rewiring the neurons of someone over 50 is effectively impossible.”

“It’s striking a blow directly at the heart of our foes,” Matthew Heimbach, a vocal white supremacist who physically attacked a black girl at a Trump rally in 2016, told the Washington Post. “It lets them know that there are people that are radically opposed to them, that aren’t afraid of them, that will challenge them. It shakes their thought that they’ve got the campus environment locked down and lets them know that people who oppose them go to their school or are a part of their local community.”

ADL head Greenblatt notes that we find ourselves in a “political environment where white supremacists have felt more welcome than any time in recent memory.” He suggests colleges find ways to highlight the fact that racist propaganda is a fringe view that has no rightful place on campus or in society at large.

“While campuses must respect and protect free speech, administrators must also address the need to counter hate groups’ messages and show these bigoted beliefs belong in the darkest shadows,” Greenblatt said in a statement, “not in our bright halls of learning.”

Kali Holloway is a senior writer and the associate editor of media and culture at AlterNet.