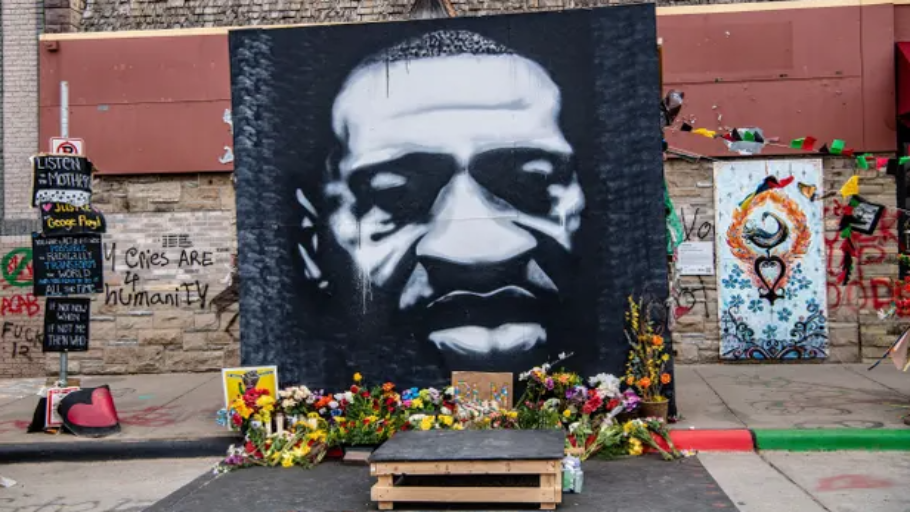 To survive in America as a Black man, make yourself small

You Are Here: Home » Blog » Commentaries/Opinions » To survive in America as a Black man, make yourself small

After George Floyd was killed by the police in Minneapolis, I wrote about all the ways I have had to make myself small living here as a Black man. The question begs to be asked— are my reflections from last summer as true today as they were then? The answer is yes, for one reason: This essay was not a response to George Floyd’s murder but Philando Castile’s in 2017. That it should reappear four years later unchanged is answer enough. There are some stories that we share in the hope of never telling again, so it says something that is a retelling, of the retelling, of a story. “How long must we sing this song?” U2 sangs on Sunday Bloody Sunday. It’s a powerful question, as urgent now and it was in 1983. But the answer never comes –Marlon James

Not long ago some Minnesotans wanted to rebrand this state as the north. It became something of a movement, but “north” also developed an aptness nobody could have anticipated. Because, as it turns out, we are the most northern of the north, not just in geography, but in the truly peculiar ways northern racism works, and how the police has sharpened itself to become the fine point of it.

Which for me always meant that in the south, white people can gaze at their own personal cast of The Help with genuine affection, but if Viola Davis goes and opens a beauty salon for Black people, they’re surely going to burn that mess down, and everything around it, as if Tulsa was just a dress rehearsal. But in the north, Viola will get all sorts of grants to set up shop. Just don’t set up in our neighborhood, and don’t drive the property values down and us out, and don’t be surprised when an officer beats down your husband because, though we met him 17 times already, he was still the threatening Black guy loitering in his own backyard.

But, I should have known that a man as wise as Gregory meant more than that. And, I did not realize until just now that big can mean less than 5ft tall and close can mean 20ft away, and how 10 years of living in Minnesota as a “big, Black guy” has led me to a gradual though futile reduction of myself. This reduction meant losing weight, not to get fit but to shrink that target on my back. I shrunk to a skeletal 174lb once, and white people still gave me a wide berth at the Mall of America. It was anorexia of a sort. No matter how skinny I made myself, in society’s mirror I was still not small enough.

I leave the party as soon as I see a maximum of six white people drunk, because the only person who will remember that moment when somebody didn’t mean to be racist will be me. I have a self-imposed curfew of when to leave the park and when to ride my bike home. I would rather risk my life riding late at night on the empty, and mostly dark greenway, than on the street with police officers looking for whoever matches the latest description.

I go out of my way to avoid police, because I don’t know how to physically act around them

And when I do get shot and killed, do Black and brown people take it as a given that the cop will get off, tune out of the story from this point, and leave the outrage at the inevitable verdict to white people? Because white people still look at fear of Black skin as one of their rights, and God help you if that skin moves.

Cops, the lethal arm of this society, along with neighborhood watchdogs, and white neighbors with phones get the privilege to always act on any fear, no matter how ridiculous, and society always gives them the benefit of the doubt. Brewing fresh outrage every morning is not a privilege people of color get to have. The situations that cause outrage never go away for us. It never stuns us, never comes out of the blue. We don’t get to be appalled because only people expecting better get appalled.

At least, don’t go walking without your white friend. Get big but don’t get close means I still feel safer with a white person around, and usually a white woman, because they are far more likely to challenge the cop on unconstitutional bull while it is happening (another scene captured perfectly in Get Out) than the white guy, who will be the loudest shouter of how messed up it all was, as soon as the cops leave. Not that she is any more woke than the white dude, but because the idea that her rights could be punched right back into her own face would never have even occurred to her. But if cops assume that you might be sleeping with her, things could get unspeakably worse.

Get big but don’t get close can mean that even a thin Black man complying with the law can still be seen as a justifiable threat.

Get big but don’t get close can mean we’re hearing too much of you, so get your loud, angry voice out of my face, Black lady. Get big but don’t get close can sometimes mean don’t get big the way we get big. Or, it can literally mean nimby. So, if it’s Minnesota, you drop a highway through the Harlem of the midwest before it could ever have its renaissance, then wonder why if the state is doing so good, how come its Black people are doing so bad.

Get big but don’t get close means everybody is so proud of their liberal credentials, so proud that they don’t see color, that they never see the absence of it. Because well, to see that, one would have to get close.

Get big but don’t get close means that I’m more famous than most people of color in Minnesota, and yet in 13 years, I have only four close friends who were born here. In 13 years, I have only seen the home of five people. I like to think that I’m insulated by academic privilege, but Skip Gates was messed with in the north, as was every person Claudia Rankine writes about in Citizen. I would bike to work in full academic regalia if not for police assuming that I probably stole it anyway, and, of course, shooting me.

I don’t trust law enforcement, even when I need to call on law enforcement, and every person of color in this city has to deal with the very real possibility that to call for help can mean that you are the one who gets killed.

One of the myriad reasons why the word empathy pisses me off is not that I think it’s impossible; it’s that most white people won’t do the work

So, white lady, I’m sorry, but I can’t be the guy who calls the cops if somebody is robbing, shooting, beating or raping you, because they will assume that I’m the guy I called about. A friend of mine once bought fully into the image of Black men fed to him by a local cop (the bad ones want to be in jail, you see) until the night a cop dragged him out of his own home, threw him to the ground and stepped on him in front of his white wife.

One of the myriad reasons why the word empathy pisses me off is not that I think it’s impossible; it’s that most white people won’t do the work. You will never know how it feels to realize that it doesn’t matter how many magazine articles I get, or which state names a day after me. Tomorrow, when I get on my bike, I will be the big Black guy, who might be shot before the day ends because my very size will make a cop feel threatened. Or, if I’m a woman, my very mouth. And a jury of white people and people of color sold on white supremacy will acquit him. And even my hoping for hipster points on my fixed wheel bike, is undercut by cops thinking I probably stole it.

When Jamaican bus conductors want to pack an already full bus, they shout to the passengers to “small up yourself”. I don’t know what to do in this city to get any smaller. But, as I said earlier, that’s futile. Because whether smaller or bigger, I’m never the one with the measuring stick.