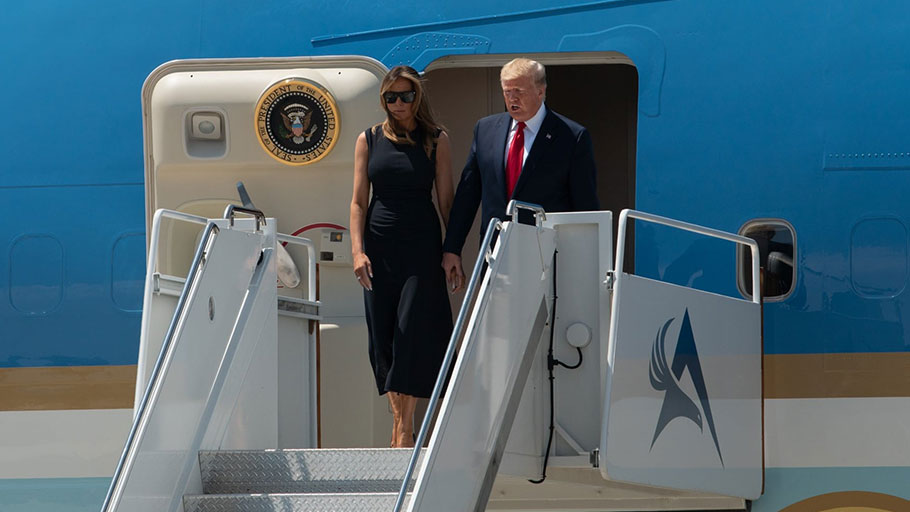 You Are Here: Home » Blog » Commentaries/Opinions » Trump could renounce white nationalism – but he can’t pretend he cares

In theory, a president can offer comfort at times like these. But this one would prefer to hurl insults.

By Richard Wolffe, The Guardian —

In normal American mass murders – because such horrors have become so astonishingly normal – the president usually plays the role of some great but helpless comfort blanket.

He may be unable to break the NRA’s cold, dead grip on the Republican party, but he can at least hug the victims to make it look like he cares.

But with this most abnormal of presidents, the whole kabuki has come to an unnatural end. Donald Trump is uniquely placed to do something about these massacres – with or without anyone’s help – yet he is also uniquely unable to look like he cares.

So he visited the victims of the massacre in hospitals in El Paso and Dayton – not Toledo, as he told the nation on Monday – but he bizarrely remained out of sight.

You could forgive his handlers for wanting to script his every word and keep him otherwise off camera. However, his handlers seem cack-handed, too. Stephanie Grisham, the new White House press secretary and communications director – who has yet to give a briefing or communicate in public – tweeted a choice quote from Trump at the Dayton hospital.

“You had God watching. I want you to know we’re with you all the way,” she quoted Trump saying.

This is a confusing couple of lines that speak volumes about Trump’s worldview. Even as he reaches for some divine comfort, he inserts himself into the picture. Both God and Trump are watching the victims, but only one of them will do so on Fox News.

Donald Trump is not, in fact, helpless in the face of so much of the violence ripping apart this nation. He does not actually need legislation or the NRA’s blessing to have an impact.

All he needs to do is renounce the white nationalism that he has placed at the heart of his immigration policies – his biggest domestic priority – and that ooze through his poisonous public comments.

All he needs to do is denounce the neo-Nazi supporters that he can’t bring himself to condemn.

All he needs to do is to start acting less like the spiritual leader of a terrorist movement and more like the president of the United States.

This is hard for Trump, obviously. On Monday he read his teleprompter statement like the hostage statement it was scripted to be.

“In one voice, our nation must condemn racism, bigotry, and white supremacy,” said the man who came to power lamenting all the immigrants coming from what he calls “shithole” countries. “These sinister ideologies must be defeated.”

That was so Monday. Just two days later, as he prepared to travel to Dayton and El Paso, Trump had given up on all that “one voice” stuff to concentrate on condemning the real enemy – Democrats who criticize him – instead of racism, bigotry and whatever else his staffers made him say.

Memo from Trump to a grieving US: enough about the victims and the gun deaths epidemic. How about more attention on me?

“Beto (phony name to indicate Hispanic heritage) O’Rourke, who is embarrassed by my last visit to the Great State of Texas, where I trounced him, and is now even more embarrassed by polling at 1% in the Democrat Primary,” Trump tweeted around midnight, “should respect the victims & law enforcement – & be quiet!”

Memo from the president to a grieving nation: enough about the victims and the epidemic of gun deaths. How about some more attention on me?

So he began his solemn day of visiting the victims by attacking the New York Times for changing its ludicrously gullible headline about his Monday statement. “Fake News – that’s what we’re up against…” he tweeted.

And he continued his solemn day by attacking Ohio’s Democratic senator and Dayton’s mayor. “Their news conference after I left for El Paso was a fraud,” he tweeted.

Never mind that Donald Trump is congenitally incapable of taking charge of anything larger than a can of Diet Coke. Let’s stop pretending like he could offer any comfort to any victims.

In this case, the dreadful bloodshed of at least one of the recent massacres – in El Paso – is actually, for once, about him.

Trump is the Finsbury Park imam who is radicalizing delusional young men into copycat killers. The sinister ideology they espouse on 8chan or social media is the same one he promotes at his rallies, in his campaign’s Facebook ads and on his personal Twitter account. It’s hardly a coincidence that the El Paso murderer wanted to end what he called the “Hispanic invasion of Texas” while the Trump campaign has run more than 2,000 Facebook ads using the same racist language.

It was only last month that Trump wanted to send four congresswomen of color – including three natural-born citizens – back to where they supposedly came from. When his supporters at a rally started chanting “send her back”, Trump was happy to let the racist mob do their thing – until he pretended that he had tried to stop it. He also said he didn’t need to back away from his original comments “because many people agree with me”.

The weekend’s terrorist attacks – and those yet to come – pose an existential threat to Donald Trump and his re-election. And he knows it: that’s why he delivered such a painful statement on Monday and took the trouble to travel on Wednesday.

The last Republican president distilled Trump’s predicament in the days after the 9/11 attacks. “Either you are with us, or you are with the terrorists,” George W Bush told a joint session of Congress. “From this day forward, any nation that continues to harbor or support terrorism will be regarded by the United States as a hostile regime.”

Donald Trump faces a bigger decision than whether he can pretend to support gun safety legislation or not.

This was the week one of his biggest fans was sentenced to 20 years in prison for mailing more than a dozen bombs to Trump’s list of enemies. Cesar Sayoc was obsessed with Trump, according to his lawyer, buying Trump-branded clothes and looking up to him “as a father figure”.

So what’s it to be, Mr President? As the father figure to such people, it’s time to decide whose side you’re on. You’re either with an America that welcomes diversity, or you’re with the terrorists.