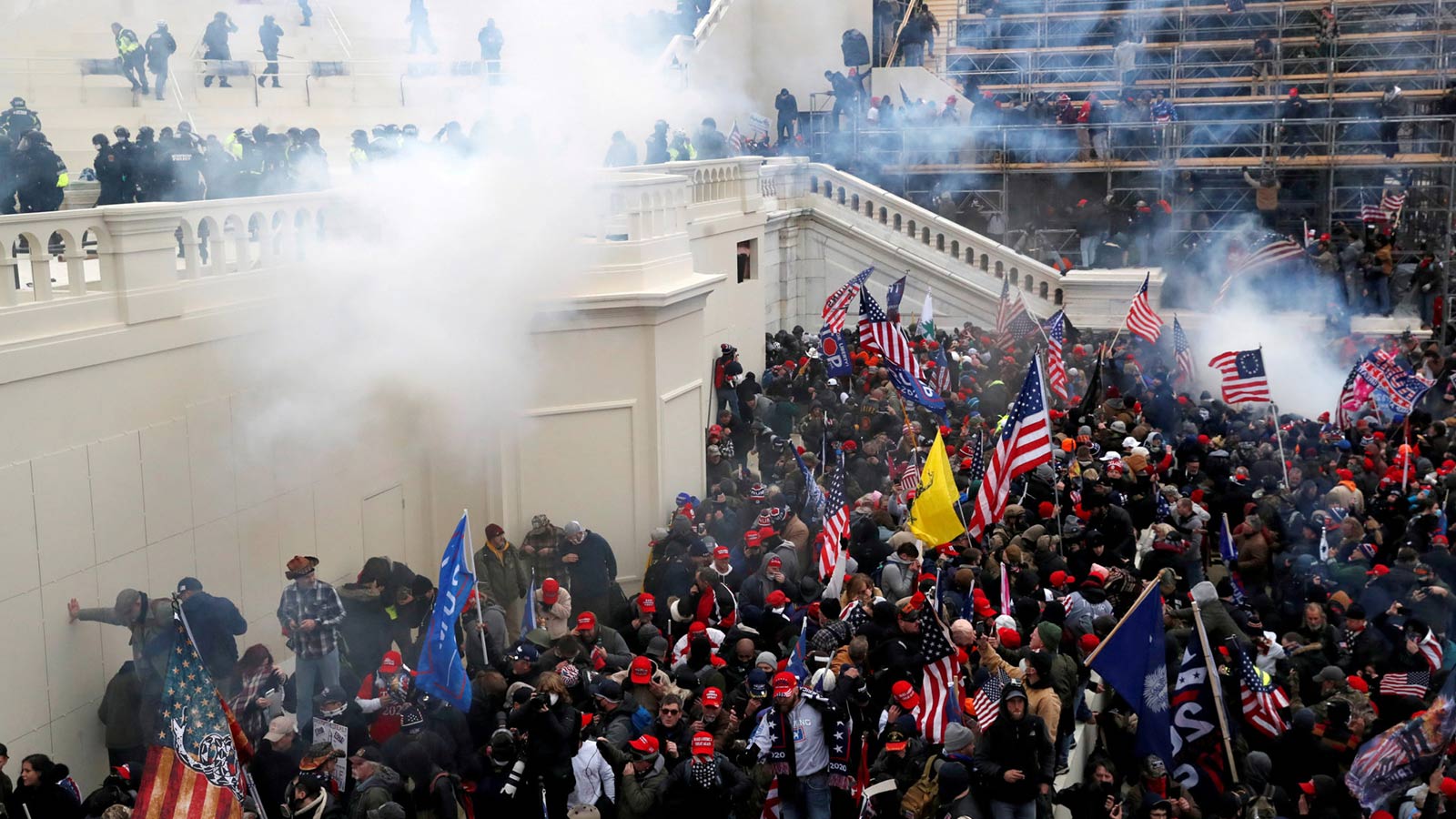 Political leaders and pundits throughout the exhausting and chaotically lawless years of Donald Trump’s presidency insistently reminded Americans that ours is a nation of laws, not people, meaning our system was designed such that we govern, even are governed, by the rule of law, not by the arbitrary or capricious edicts or assertions of power of those who occupy political offices.

Of course, this insistent reminder was more an expression of desperate hope to restore the rule of law against Trump’s brazen disregard for both political norms and the laws holding together civil society. It was, no doubt, ridiculous to hear Donald Trump figure himself as a “law and order” president. But then we need to recognize that “law and order” is code for his own authoritarian repression, which is what we experienced for four years as he ran roughshod over of our laws and system of checks and balances.

And yet while Trump’s authoritarian lawlessness certainly inspires a yearning to respect and return to the rule of law, we do have to recognize that important traditions and moments of key social developments, indeed advancement, throughout our nation’s history were rooted in a necessary defiance of law, characterized most powerfully by acts of civil disobedience.

If we never recognized the injustice of our laws, well, then women wouldn’t vote, people would still be enslaved, children would still be working in factories, and so forth. We’ve had some pretty unjust laws and arguably still do. So valorizing the rule of law isn’t a valorization of the laws themselves but a kind of social process.

It’s important to understand this distinction as we look around today as see such rampant defiance of law.

A Maryland man kills his brother, a doctor, for administering the COVID-19 vaccine to patients, claiming his brother is killing them.

Thousands storm the Capitol on January 6, committing violence against, even murdering, police officers.

A man made death threats against a Michigan representative who voted for the bipartisan infrastructure bill.

Election officials around the country have been terrorized, receiving death threats, for running fair and free elections.

In short, the Trump presidency and its complete disregard for democracy and the rule of law have given license to masses of Americans not just to defy the law but to take the law into their own hands.

Indeed, legislators in Texas, in their recent bill effectively banning abortion, removed enforcement of the law from the power of the state and placed in the hands of individual citizens, effectively legitimizing the vigilantism we’ve been seeing so prevalently around the country.

Individuals are feeling empowered to play the roles of judge, jury, and, indeed, executioner, as we saw in case of the Maryland man who murdered who is doctor brother. And remember when members of a Michigan militia were caught plotting the kidnapping, trial, and execution of Governor Gretchen Whitmer because they were unhappy with her COVID-19 restrictions aimed at protecting public health?

And let’s not forget the three white men on trial for murdering Ahmaud Arbery, and the trial of Kyle Rittenhouse who traveled to Kenosha, fashioning himself as an agent of white law and order and murdering three people during a Black Lives Matter protest.

These verdicts will speak volumes about how far our political and legal leaders will go in undermining the rule of law by allowing people to take the law into their own hands, to impose their own distorted moral codes onto others, to the point of murdering others.

Civil disobedience, as practiced and theorized perhaps most famously by the likes of Henry David Thoreua, Mahtma Gandhi, and King, has historically meant defying what protestors viewed as unjust laws; but it has not meant taking the law into one’s hands and completely refusing to recognize the law.

King, remember, penned his famous letter while in jail. Thoreau wrote in his famous essay ‘Resistance to Civil Government” (often referred to as “Civil Disobedience”), “Under a government which imprisons any unjustly, the true place for a just man is also a prison.”

The point is that these figures had at least enough respect for the rule of law that they acknowledged they had broken it and had to go to prison and face the consequences for breaking the law.

If enough people went to prison, thus expressing their disagreement with the law, then that would be the process that would bring about change.

They didn’t simply seek self-righteously to impose their wills on others or to terrorize others to command them by fear and force to execute their will.

Our nation finds itself given over to terrorists unchecked by Republican leaders and, in fact, encouraged by them.

Thoreau, perhaps, went too far when he wrote, “I am not responsible for the successful working of the machinery of society. I am not the son of the engineer.”

It seems to me there’s an element of Thoreau’s thinking here that is incredibly dangerous to democracy. Democracy does indeed require that people learn how to lose and respect the workings of the system, even help make it run.

I think of Al Gore certifying the 2000 election, which may very well have been stolen from him, doing what Trump was unable to do—making sure democracy functioned.

We are not seeing acts of revolutionary uprising. What we are seeing is the rise of terrorism and authoritarianism.

If Rittenhouse or Arbery’s killers are acquitted, more will be unleashed.