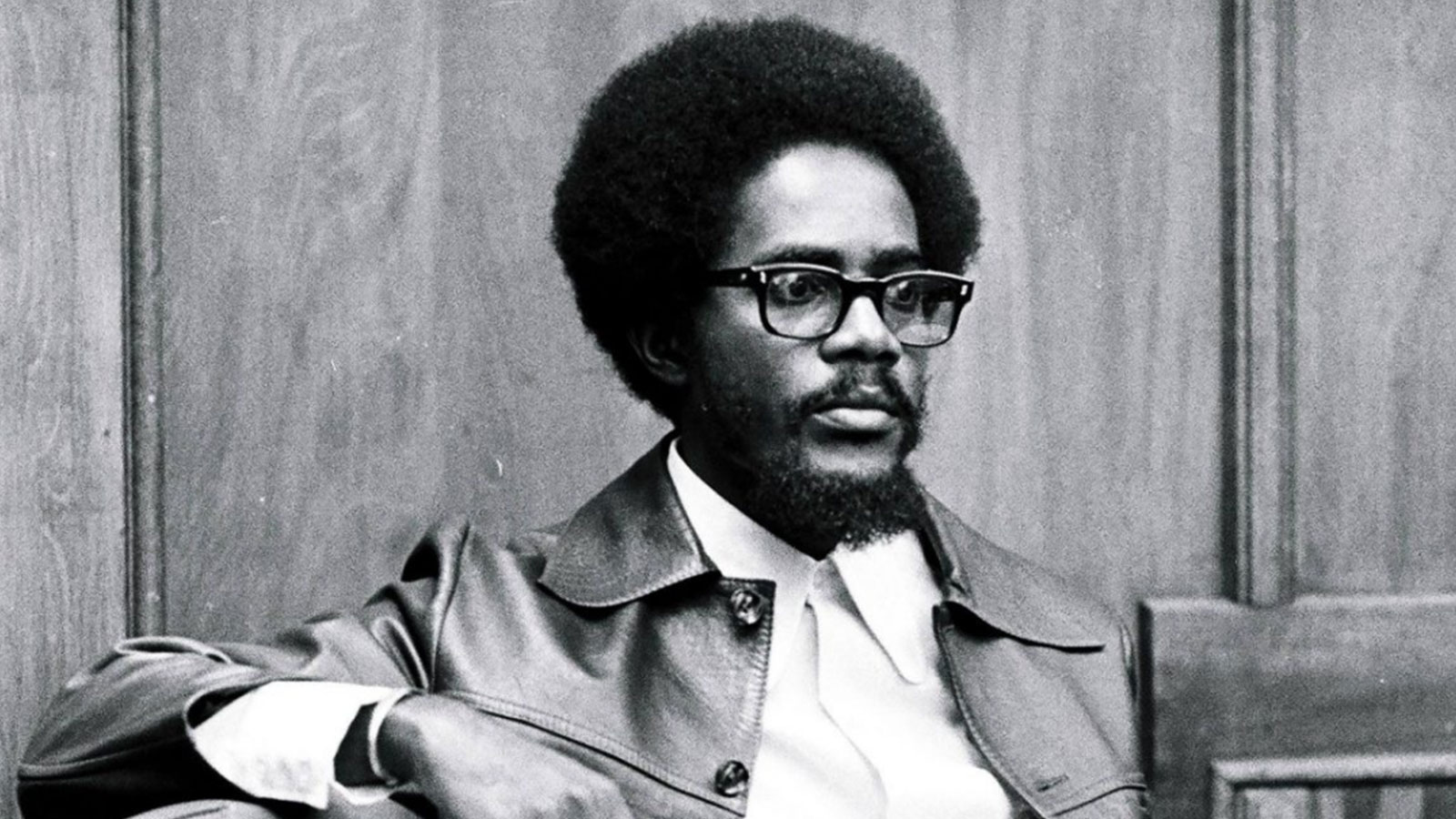 You Are Here: Home » Blog » Commentaries/Opinions » Walter Rodney — A case for reparative justice

“After all, if there is no class stratification in a society, it follows that there is no State, because the State arose as an instrument to be used by a particular class to control the rest of society in its own interest.” – Walter Rodney.

The year 1968 remains one of the most tumultuous single years in history. The assassination of Dr. Martin Luther King Jr. is perhaps the most significant event of that year. The period of activism associated with Walter Rodney appears to have vanished.

Those of us who attended the University of the West Indies (UWI), Mona Campus during the 1980s and onwards were denied that rich student engagement which challenged the status quo of the day. The 23rd Walter Rodney Memorial Lecture was held virtually on Friday, October 15, 2021.

Dr. Patricia Rodney, widow of Dr. Walter Rodney was very candid in her descriptive and at times painful recollection surrounding the events which unfolded during October 15-17, 1968. In what can be described as a conversation, Dr. Patricia Rodney shared personal details about her journey with her husband Dr. Walter Rodney as she delivered the annual memorial Lecture, hosted by the Institute of Caribbean Studies (ICS), at The UWI in partnership with the Centre for Reparation Research (CRR). Dr. Patricia Rodney is an academic in her own right; she holds a Ph.D. in Sociology and Adult Education from the University of Toronto.

Who was Walter Rodney?

Walter Anthony Rodney was born in Guyana on March 23, 1942. He was foremost a black Pan-Africanist and academic who was concerned with the welfare of the working class, not only in his homeland of Guyana but also in Jamaica.

Walter Rodney was a leading Caribbean thinker who used his education and influence to uplift his fellowmen. He was from a humble working-class background. His widow, Dr. Patricia Rodney during her lecture stated that her late husband would oftentimes socialize with students at the Students’ Union than the more formal Senior Common Room where most lecturers at the University of the West Indies socialized.

The Walter Rodney Foundation states that Walter Rodney attended Queen’s College, the top male high school in Guyana, and in 1960 graduated first in his class, winning an open scholarship to the University of the West Indies (UWI). He pursued his undergraduate studies at UWI Mona Campus in Jamaica, where he graduated with 1st class honors in History in 1963. Rodney then attended the School of Oriental and African Studies in

London where, at the age of 24, he received his Ph.D. with honours in African History. Rodney’s thesis, A History of the Upper Guinea Coast, was published by Oxford University Press in 1970. Most of us know of Walter Rodney through his seminal work, How Europe Underdeveloped Africa. Rodney traveled extensively and became very well known globally as an activist, scholar, and formidable orator. He taught at the University of Dar es Salaam in Tanzania during the period 1966-67 and later in Jamaica at his alma mater UWI Mona.

Rodney was penetratingly critical of the middle class for its role in the post-independence Caribbean. He was also a strong critic of capitalism and argued for a socialist development template. In October of 1968, Walter Rodney attended a Black Writers Conference in Montreal, Canada from October 11-14.

Rodney’s presentation was entitled “Statement of the Jamaican Situation”. Upon landing in Jamaica at 2:20 pm on October 15, 1968, Walter Rodney was declared persona non grata by the Hugh Shearer-led Jamaica Labour Party (JLP) government and denied entry into Jamaica.

Prime Minister Hugh Shearer accused Rodney of being “at the center of plots and plans to promote a Castro-type revolution in Jamaica.” Ironically, in 1972 when the People’s National Party (PNP) came to power in Jamaica, the PNP under Michael Manley developed a close relationship with Fidel Castro of Cuba.

In fact, Fidel Castro visited Jamaica in 1977. Walter Rodney, the Guyanese historian and Black Power activist was also dismissed from his post (lecturer in African history) at the University of the West Indies, Mona. Walter Rodney can be described as an on-the-ground academic, who took the time to communicate with and engage constructively with the most vulnerable and oppressed in society.

It is obvious that Rodney’s work with the disadvantaged in the society, as well as external forces, formed the basis for the Jamaican government banning him from re-entering Jamaica in 1968. Walter Rodney, however, addressed that issue in his book; The Groundings With My Brothers.

Jamaica received her Independence from England in 1962. The height of the Cold War was raging and countries had to select sides. In the Caribbean, communist Cuba was clearly aligned to the former Soviet Union. Jamaica, like most of the other islands in the Caribbean, was following a Capitalist path with the United States of America as the main architect. During the 1960s the ideological warfare was as real as the arms race between the former Soviet Union and the West.

The legacies of colonialism were still very much strong in Caribbean societies in 1968. The society, for example, struggled with colorism; in fact, the Jamaican society in 2021 is still struggling with colorism. The society continues to hold lighter shade Jamaicans above those with a darker complexion. In the years after independence there were some government jobs that only could be filled by Jamaicans of a lighter hue.

Rastafarians were not treated well in the Jamaican society; in fact, it’s safe to say they were discriminated against. Rastafarians in Jamaican society were feared and ridiculed, often stoned and beaten. They were often branded as cannibals and as “Black Heart Men”. Rastafarians for the most part lived and functioned underground; they had an invisible presence.

The actions at Coral Gardens in April 1963 marked a momentous watershed in the relationship between the Rastafari community and the State. That incident caused a massive state crackdown against Rastafarians. Three Rastafarians, three other civilians and two policemen died.

It was reported that then Prime Minister, Sir Alexander Bustamante of the Jamaica Labour Party, went to St James with the commissioner of police and head of the Jamaica Defence Force. A strong detachment of police from neighboring parishes was dispatched to Coral Gardens and surrounding areas where more than 150 ‘beard men’ were rounded up and arrested. A number of social upheavals were dominant in Jamaican society since the 1930’s.when the society experienced a period of social unrest.

In 1974 Rodney returned to Guyana from Tanzania. He was due to take up a position as a professor at the University of Guyana but the government prevented his appointment. He became increasingly active in politics, founding the Working People’s Alliance, a party that provided the most effective and credible opposition to the People’s National Congress (PNC) government. In 1979 he was arrested and charged with arson after two government offices were burned.

On 13 June 1980, Walter Rodney at the age of 38 was killed by a bomb in his car, a month after returning from the independence celebrations in Zimbabwe and during a period of intense political activism in Guyana. Dr. Patricia Rodney commented that only Barbados did not treat Walter as a pariah, she added after her husband’s assassination her family lived in Barbados for a number of years.

Rodney’s widow claim for reparatory justice is anchored in a number of points. Here are some of her points: Declaration of Walter Rodney as Persona Non-Grata. This declaration was seen as a denial of Walter Rodney’s due process, as there was no hearing, interviews or statements taken to justify this action. Jamaica’s actions made Rodney an unwelcomed visitor in other Caribbean countries and delayed his journey to Guyana in 1974. Trinidad and Tobago kept the family several hours at the airport before they were allowed to attend the Caribbean Council of Churches Retreat in that twin-island republic. Walter Rodney was also refused entry into Antigua and Barbuda and Grenada.

The ban on Walter Rodney imposed by the Government of Jamaica under the Jamaica Labour Party is still intact 53 years later. Neither the JLP nor the PNP has ever lifted this ban.

Walter Rodney lost a year of employment before being reappointed in Tanzania from where he had been recruited to teach at The UWI. There is no recall by the family of him receiving his last salary from The UWI or being paid for the two remaining years of his contract.

At the time of his ban from re-entering Jamaica, Walter Rodney was working on several papers, lectures and articles that he and his family have never retrieved.

The criminalization of Walter Rodney and the labeling of him as a communist and extremist had a significant impact on how he was viewed in the ‘eyes of well-thinking members of society’. His so-called “crimes” were that he associated with Rastafari and other so-called “criminal elements”; posed a danger to society, planned to destroy brown people and their assets and instigate the burning of the UWI campus.

Dr. Patricia Rodney expressed disappointment with The Caribbean Community (CARICOM) for not taking a position on the Walter Rodney issue. Interestingly, the current Prime Minister of St. Vincent and the Grenadine, Ralph Gonsalves was the president of the students’ guild at the University of the West Indies in 1968. Dr. Patricia stated her husband was used as a scapegoat for a social uprising that was inevitable due to the obvious disparities and inequities faced by the working class; the majority of whom were of African descent.

Dr. Patricia Rodney referenced the Paul Bogle-led 1865 Morant Bay Rebellion in Jamaica. Many scholars have argued that the socio-economic conditions of 1865, to 1968 to 2021 have not improved much for the working class.

There is no reason not to believe the veracity of the claims made by Rodney’s widow. Dr. Patricia added that Walter Rodney may have been the spark that ignited the uprising but not the cause. The Walter Rodney Foundation continues to advocate for his rightful place in history.

In the words of Walter Rodney, to talk about solidarity within the black world, we have a series of responsibilities. One of the most important of our responsibilities is to define our own situation.

Wayne Campbell is an educator and social commentator with an interest in development policies as they affect culture and or gender issues. waykam@yahoo.com @ WayneCamo © #WalterRodneyLecture