We Must Not Let Marielle Franco’s Killing Go Unpunished

You Are Here: Home » Blog » Commentaries/Opinions » We Must Not Let Marielle Franco’s Killing Go Unpunished 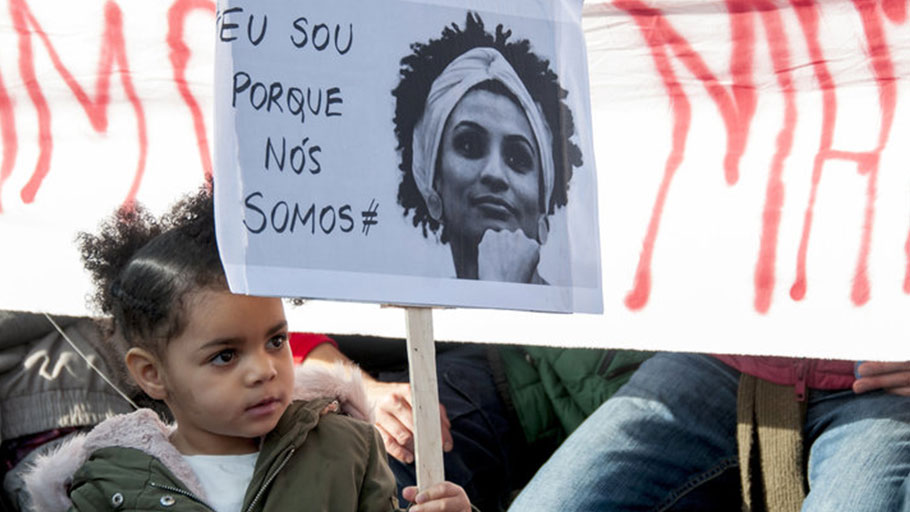 My sister in struggle Marielle Franco was shot to death on March 14.

I was abroad, working alongside other brave women who campaign against police killings of black youth in Brazil, Jamaica and the U.S. We had joined forces and were planning to make our voices heard in order to stop the constant stream of killings committed by some of those who are supposed to protect us.

The news hit me hard. I suddenly felt dizzy and could not stop shaking. I could barely contain my anger and my sadness.

Within seconds, I was struck by the need to know more, to do something, while the memories of my encounters with Marielle flooded through my mind.

I remembered a sunny afternoon just over a year ago, when we met unexpectedly at a diner in Rio de Janeiro. Marielle had just been overwhelmingly voted onto Rio’s city council, and I was just beginning my tenure as executive director of Amnesty International Brazil.

I remembered our smiles and excitement, as we knew we were privileged beneficiaries of the black struggle, especially the struggle of black women from the favelas. We were born two decades apart, but both of us recognized the enormous opportunity and responsibility that lay before us: to represent the black women of the favelas and other peripheral areas in environments where people like us had never been taken into account. 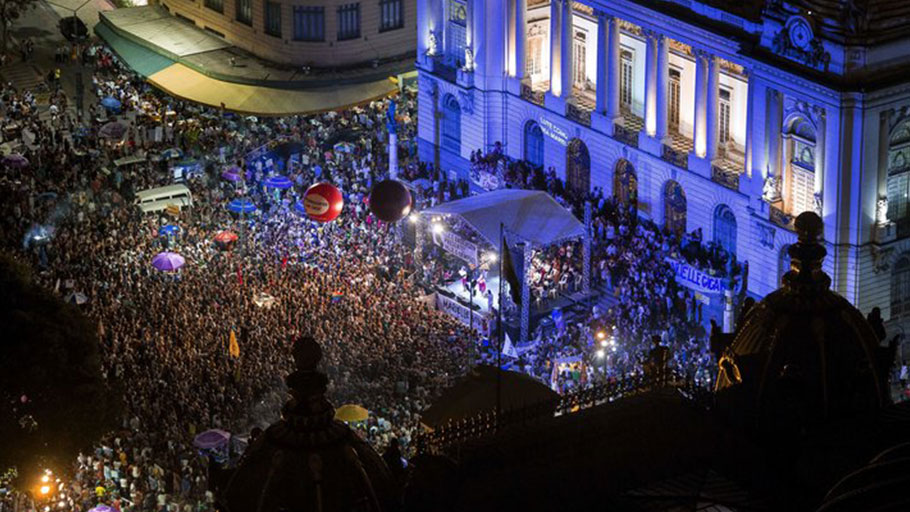 Protesters gather in front of the Municipal Chamber of Rio de Janeiro on March 20 to demonstrate against the killing of Marielle Franco six days earlier. Photo by Mauro Pimentel, Getty Images.

Born in the Cabritos hill favela in Copacabana, I now found myself starting a new chapter as head of the Brazilian section of one of the world’s most important human rights organizations. Meanwhile, Marielle, who came from the Maré favela in the northern part of the city, had claimed one of 51 seats on the city council after receiving more than 46,000 votes, the fifth highest tally in a crowded field of 1,625 candidates.

On that day we were joyful, proud and confident we could face the challenges and responsibilities that lay ahead. We believed we would continue to break down boundaries.

The last time we were together was at an event where Marielle paid homage to Conceição Evaristo, a close friend and one of Brazil’s greatest writers, on behalf of the city council. It was another opportunity to celebrate our sisterhood.

Determined to transform society and stand up for those who need protection, Marielle wore a constant smile that made everything seem possible.

Working in close proximity with Marielle toward common goals, it was obvious to me what a fresh and inspiring voice she had. Her refusal to accept the many injustices that she and others like her endured in Rio became not a burden, but a drive to overcome them.

Those injustices did not make Marielle angry, but joyful. They did not weaken her, but empowered her. They did not diminish her, but made her proud to stand up for those who do not have a voice.

Are we that dangerous that they feel the need to silence our voices?

One month after her killing, I feel more determined than ever to fight and to mobilize people to demand justice for Marielle.

The Brazilian authorities have not yet determined who shot Marielle, who ordered the killing or why they wanted her dead. But the more we learn about what happened ― the attack involved assailants in two vehicles who fired at least 13 shots, hitting Marielle four times in the head ― the more it seems like a targeted assassination.

There is no doubt in my mind that Marielle was killed because of who she was: a proud black woman, born in a favela; a lesbian and an activist against the violence inflicted on the poor by some members of the military and the police.

Are we that dangerous that they feel the need to silence our voices? Who’s going to be next ― another of my many partners in the favelas calling for an end to the police and military operations to “pacify” us? One of my sisters in women’s rights organizations standing up against patriarchal violence? Or will it be one of my colleagues defending human rights all over Brazil? 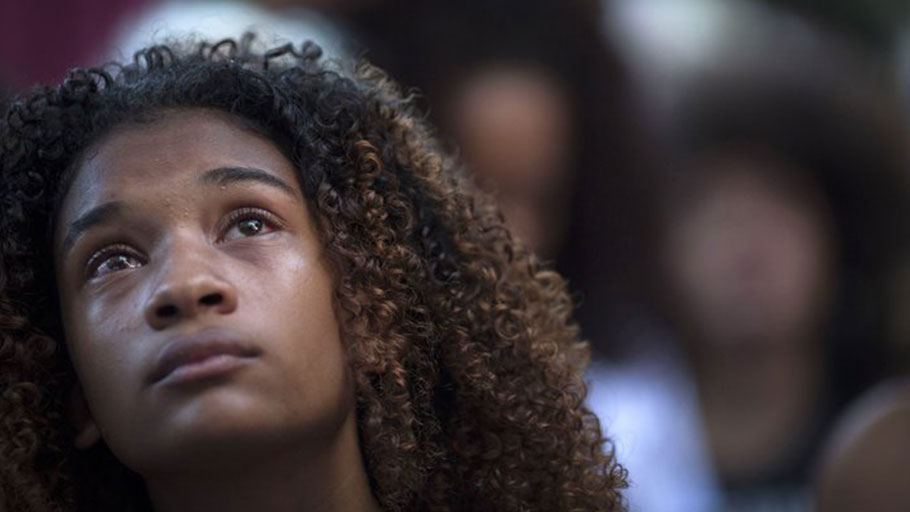 A protester cries during a March 20 demonstration against the killing of Marielle Franco in front of the Municipal Chamber of Rio de Janeiro. Photo by Mauro Pimentel, Getty Images.

It takes a lot of courage, determination and solidarity to confront our fears and end this pain once and for all.

The Brazilian authorities probably did not expect the massive global reaction to Marielle’s killing.

Here in Rio, we know what we have to do to prove them wrong: process our pain, console ourselves, regroup and take action together against impunity. We’ve got this.

But once again I need to send this SOS to all of you outside my country. It’ll be easier for us to win this struggle if you make your voices heard too. One way to do that is to sign our petition demanding an answer from the Brazilian authorities.

Marielle used to repeat the Ubuntu philosophy: “I am what I am because of who we all are.”

Now it’s time for us to stand up for Marielle. We are who we are because of what she was.

The Philly Starbuck’s Arrest: Negrophobia Is Real — And Black People Weren’t Surprised At All

The Philly Starbuck’s Arrest: Negrophobia Is Real — And Black People Weren’t Surprised At All
We Need Your Support — Donate, Share, Sign-Up Ways to Support